Multiple parentheses—or the "echo," as it is sometimes referred to—is a typographical practice used by some anti-Semites on-line.  It typically consists of three pairs of parentheses or brackets used around someone's name or around a term or phrase.

When used around someone's name—such as (((Natalie Weiss)))—it is intended by the user to indicate to others "in the know" that the person being referred to is Jewish.

The use of the echo was relatively uncommon, but in the spring of 2016, some anti-Semites began using the echo when responding to or re-tweeting Jewish journalists, or journalists thought to be Jewish, which brought more attention to the practice.

The publicity generated by news coverage of the symbol resulted in a much larger counter-use of the echo, as thousands of anti-hate activists and others began changing their Twitter screen names to echo themselves in an "I am Spartacus" fashion.  Others used inverted parentheses—such as )))Jane Doe(((—for the same purpose. 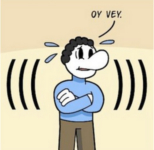 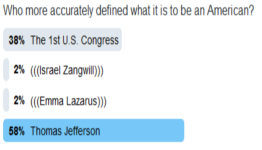 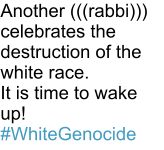 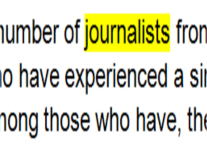 Read more about Pepe the Frog