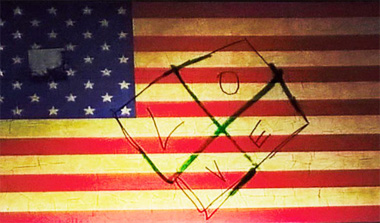 The surge of antisemitic incidents in the United States is alarming to many. Several reported incidents include graffiti using swastikas, bomb threats, vandalism and shootings, targeting Jewish Community Centers (JCC) and institutions across the country. At the Chesed Shel Emeth Society cemetery, a historic century-old Jewish cemetery in University City, a suburb of St. Louis, MO., vandal(s) toppled and damaged more than 170 headstones at the cemetery. A gunman armed with an assault rifle and several handguns, entered the Tree of Life synagogue in Pittsburgh, PA and opened fire killing at least 11 congregants and wounding others. In the face of these incidents, it is important to reflect upon how people act as allies, advocates and activists to do something on large and small scales to make a difference.

This lesson provides an opportunity for students to learn about and reflect on current antisemitic incidents, understand how people and groups can make a difference, and explore the various ways different people and groups can act as allies, advocates and activists in order to enact change.