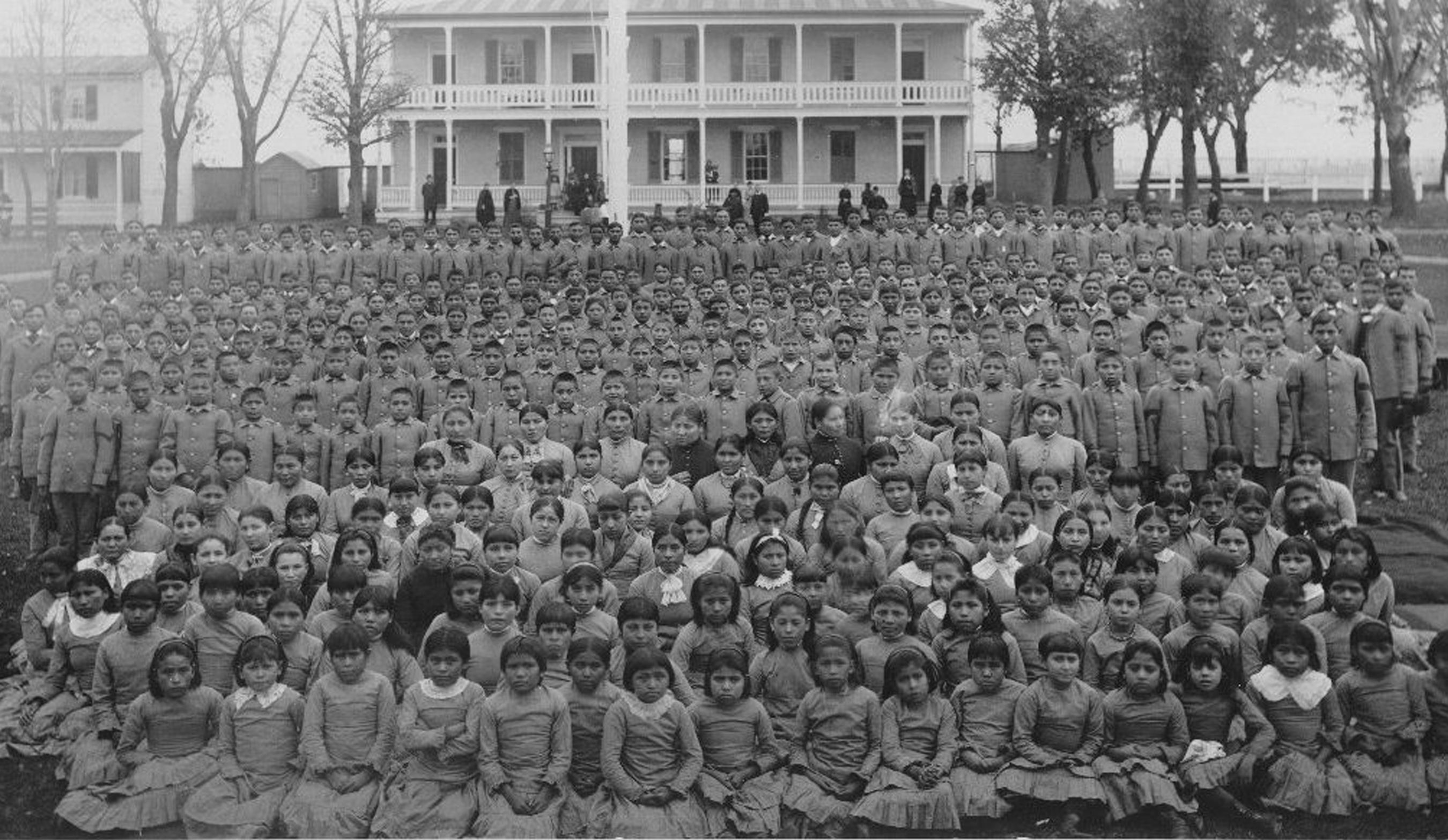 Pupils at Carlisle Indian school, Pennsylvania (c. 1890). Established in 1879 by Richard Pratt, the school attempted to assimilate Indian children into the white culture of the U.S. through education and financial support. Among its students were four of Comanche chief Quanah Parker's children and those of others involved in the Texas Indian Wars.

The History and Impact of Child-Family Separations

When We Were Alone

What Impact Did the Indian Boarding Schools Have on Individuals and the Native American Community?

In 2021, an Indigenous community in Canada found evidence of a mass grave that contained the remains of 215 children on the grounds of a former Indian boarding school.

In the aftermath of and inspired by this discovery in Canada, Deb Haaland, the U.S. Secretary of the Interior and first Indigenous Cabinet Secretary in the U.S., announced the “Federal Indian Boarding School Initiative.” The initiative’s purpose is to investigate the loss of human life and lasting consequences of the Federal Indian boarding school system in the U.S. The first part of the report was issued in May 2022. It revealed that between 1819 and 1969, the U.S. operated or supported 408 boarding schools across 37 states (or then-territories), including 21 schools in Alaska and 7 schools in Hawaii.

This lesson provides an opportunity for students to learn more about Indian boarding schools, reflect on personal narratives about the experience and examine recommendations contained in the Federal Indian Boarding School Initiative.