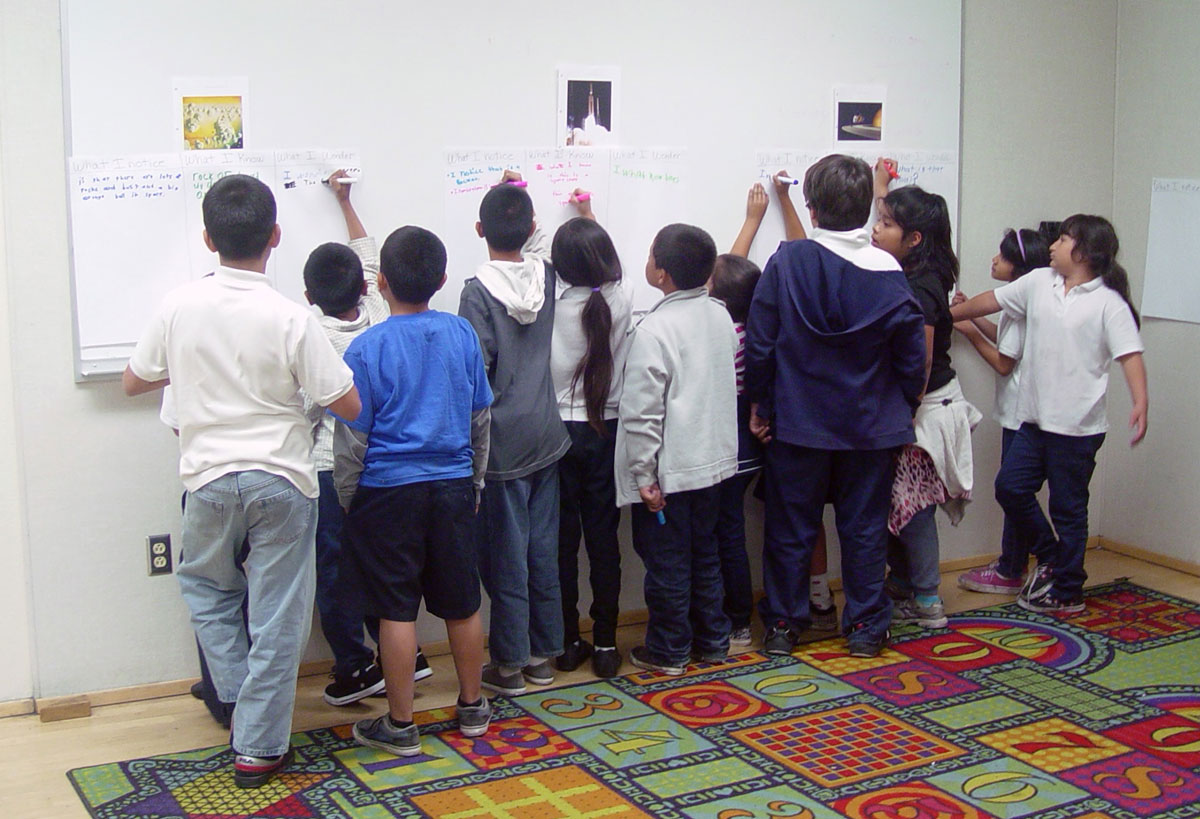 Youth writing their observations about each of the images taken during NASA's Cassini-Huygens mission.

In 1983, a social scientist named David Chambers published a research study on children’s drawings. The study summarized data from the late 1960s and 1970s in which teachers asked 5,000 children to “draw a scientist.” One theme appeared strongly: the scientist drawings were almost all men. Recently, researchers looked at 78 “draw-a-scientist” studies (from 1985 to 2016) involving 20,000 children. In this study, 28% (about 3 in 10) students drew women as scientists. Younger children, girls in particular, were the most likely to sketch women scientists. Although the percentage of students depicting scientists as men has declined since the initial study, the majority of students still draw males, indicating that gender stereotypes are still present.

This lesson provides an opportunity for elementary students to explore gender norms and stereotypes by reflecting on their own scientist drawings, learning more about the history of these studies and writing characters that challenge gender norms.