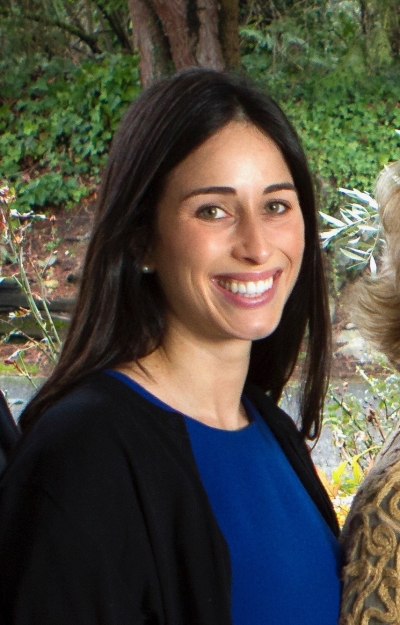 Cypers has a longstanding commitment to social justice and has worked for almost a decade in government and for progressive advocacy organizations. She most recently served as Director of Federal Affairs and Partnerships at Giffords, the gun violence prevention organization founded by former Congresswoman Gabrielle Giffords and her husband, Capt. Mark Kelly. Previously, Cypers served as director of advocacy for Jewish Women International, where she worked on the reauthorization of the Violence Against Women Act and spearheaded young leadership programs.

In her new capacity, Cypers will be responsible for leading ADL’s Pacific Northwest Regional Office, which provides services and resources to the five states of Alaska, Idaho, Montana, Oregon and Washington. Cypers assumed her new position on Nov. 6.

“We are thrilled that Miri has joined the Seattle team and we are very much looking forward to her efforts to advance our mission to combat hate across the Pacific Northwest,” said Eileen Hershberg, ADL Pacific Northwest Regional Board Chair. “Miri is deeply committed to our issues and passionate about our mission to fight anti-Semitism and hate through advocacy and education.”

A Los Angeles native, Cypers graduated from Columbia University’s Barnard College where she majored in Middle Eastern Studies and Political Science.  After college, she moved to Washington, D.C., where she spent three years on the legislative staff of Congressman Steve Israel, D-NY. After working on Capitol Hill she joined Jewish Women International as Director of Advocacy and Leadership Programs, where she worked with the national domestic violence and interfaith communities and founded the Young Women’s Leadership Network, which provides young professional Jewish women with opportunities for professional and leadership development. The network has engaged thousands of young professional women since its creation. Cypers joined Giffords in July 2014.

“In a year when we’ve seen a rise in anti-Semitic attacks and a dramatic increase of white supremacist fliering on campus, it feels like ADL’s mission is more important than ever before,” said Cypers. “There’s still much work to do. I’m so excited to be part of an organization that defends the rights of all Americans to live in a society free of prejudice and hate.”

For more than 70 years, ADL’s Pacific Northwest office has investigated and exposed extremism, educated law enforcement on hate crimes, and handled anti-Semitism and discrimination complaints. The office is currently working on training all officers in the Seattle Police Department as part of ADL’s award-winning Law Enforcement and Society program.

Through ADL’s No Place for Hate program, the office has reached schools across Washington State and Oregon. In the past school year alone, the program has reached more than 3,700 students regionally, empowering them to combat bias, bullying and hatred.

Cypers succeeds Hilary Bernstein, who has led the Pacific Northwest office for the past ten years. Bernstein remains in ADL’s Seattle Office and has assumed the position of Director of Education, where she plans on leading the expansion of ADL’s award-winning education programming for educators, students and law enforcement.