Will Be Based in Silicon Valley, A First For ADL 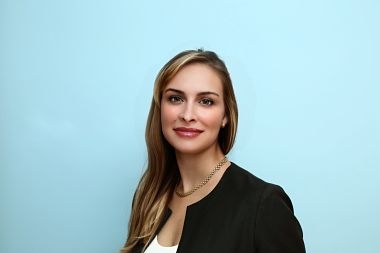 New York, NY, September 19, 2016 … The Anti-Defamation League (ADL) announced today that it has hired Brittan Heller to serve as its first Director of Technology and Society. She will be based in Silicon Valley. In this new role, Heller will build on ADL’s three decades of work tracking cyberhate and working in partnership with tech companies and law enforcement to reduce online anti-Semitism and bigotry and ensure justice and fair treatment to all in online environments.

“We are thrilled Brittan has joined our team,” said Jonathan A. Greenblatt, ADL CEO. “As the use of social media and technology to marginalize Jews and other communities increases, Brittan’s new role is at the forefront of the fight against anti-Semitism and all forms of bigotry. She has incredible experience on these issues, and will help us expand our work with technology companies, scholars and advocates to convene and discuss new and better ways to attack online hate, and to share best practices with the input of affected communities. She will also engage startups and others in industry to explore partnerships that can enhance existing areas of strength, including our experience in addressing hate and harassment online; countering violent extremism; exploring issues of diversity and prejudice in specific environments such as workplace or campus; and leveraging technology for social justice.”

Heller has an impressive background that includes experience in law, technology, and human rights. She investigated and prosecuted cyber-crime and human rights violations at the U.S. Department of Justice and the International Criminal Court in The Hague. She is an expert in cyber harassment and hate speech, was involved in one of the first legal cases to test the limits of anonymous online hate speech, and has advised the California Attorney General’s Office on these issues.

A graduate of Stanford University and Yale Law School, Heller was a Truman National Security Fellow in 2015. Prior, as a Luce Scholar, she worked as a public interest lawyer in Korea, and then represented the Afghanistan Legal Education Project during a tour in Kabul.

“As a leading civil rights advocacy organization, ADL was early to recognize the burgeoning issue of cyberhate and how extremists were exploiting online platforms to spread anti-Semitism and target Jews as well as other minorities. I look forward to continuing to drive ADL’s leadership combating online hate as its first Director of Technology and Society,” said Brittan Heller. “From its first report on these cyberhate more than 30 years ago to this year’s work tracking the harassment of journalists on social media, ADL has demonstrated its commitment to ensuring our online communities are a safe and just place for all.”

ADL published its first report on cyberhate in 1985. Since then, ADL has been an international leader in tracking, exposing, and responding to hate on the internet. The organization’s team of experts – analysts, investigators, researchers and linguists – use cutting-edge technology to monitor, track, and disrupt extremists and terrorists worldwide. ADL was one of the first groups to detail terrorists’ use of Twitter for recruiting, and ADL coordinates closely with U.S. law enforcement, warning it about online hate activities and trends in real time to stop their spread and prevent harm to communities.

ADL’s leadership on cyberhate guides prominent internet companies, and ADL has regularly convened a working group on cyberhate that includes tech companies, academics, and other leaders who evaluate current practices and develop new strategies for responding to online hate.

Earlier this year, ADL announced the formation of a task force to address anti-Semitic and racist harassment of journalists on social media, comprised of experts and representatives of journalism, law enforcement, academia, the tech industry and nongovernmental organizations.  In 2014, ADL – in consultation with Facebook, Google, Microsoft, Twitter, Yahoo, and YouTube – created best practices to counter online hate that have become a template for responsibility and a centerpiece for coordination between the industry and community.

ADL was an inaugural member of the Twitter Trust & Safety Council, which began work in early 2016 to combat hate while ensuring that people are able to share their views freely. ADL also has a specific initiative to prevent cyberbullying of young children.  ADL has developed a toolkit and educational resources for parents, part of its extensive K-12 program to foster greater acceptance in society.