New York, NY, November 9, 2020 ... ADL (the Anti-Defamation League) will honor chess grandmaster Garry Kasparov for using his platform to stand up for democracy and human rights in his native Russia, the United States and around the world. ADL will present Kasparov with its International Leadership Award, which pays tribute “to those exceptional individuals whose vision, imagination and creativity have left an indelible mark upon the global community. 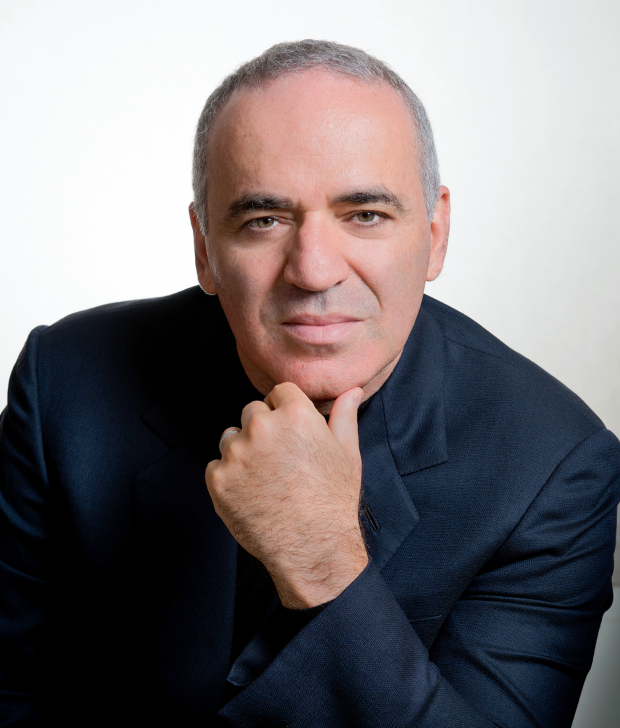 Kasparov will accept the award at ADL’s Never Is Now Summit on Anti-Semitism and Hate, which is being held virtually this year, during the closing plenary on Thursday, November 19 at 8 p.m. ET/5 p.m. PT.

“As an outspoken advocate for human rights, Garry Kasparov has shown bravery as a person of tremendous courage who refused to be silent in the face of tyranny,” said Jonathan A. Greenblatt, ADL CEO and National Director. “Over his long career as an internationally renowned chess celebrity and human rights activist, Mr. Kasparov has stood forcefully against authoritarianism and he has been willing to take on many sacred cows. His bold voice is needed now more than ever.”

Kasparov is the chairman of the Renew Democracy Initiative and the Human Rights Foundation and a former world chess champion. He was one of the first prominent Soviets to call for democratic and market reforms and was an early supporter of Boris Yeltsin’s push to break up the Soviet Union. In 1990, he and his family escaped ethnic violence in his native Baku as the USSR collapsed. In 2005, Kasparov, in his 20th year as the world’s top-rated player, retired from professional chess to join the vanguard of the Russian pro-democracy movement.

In 2012, Kasparov was named chairman of the Human Rights Foundation, succeeding Vaclav Havel. HRF promotes individual liberty worldwide and organizes the Oslo Freedom Forum. Facing imminent arrest during Putin’s crackdown, Kasparov moved from Moscow to New York City in 2013. In 2017, he founded the Renew Democracy Initiative to promote civic engagement and democratic reforms to counter the rise of extremism.   Since 1990, Kasparov has been a regular contributor on politics to many major publications, including The Wall Street Journal, The Washington Post, and The New York Daily News. In 2016, he was named a Security Ambassador by Avast Software and to the executive board of the Foundation for Responsible Robotics.

Never Is Now is the largest annual summit in the world on antisemitism and hate. Every year, ADL convenes people from around the world for panels, plenaries and workshops where they focus squarely on understanding the drivers and dynamics of antisemitism and all forms of bigotry. Last year, Never Is Now drew more than 2,000 people including high school students, social activists, civil rights leaders, government officials and legal professionals.