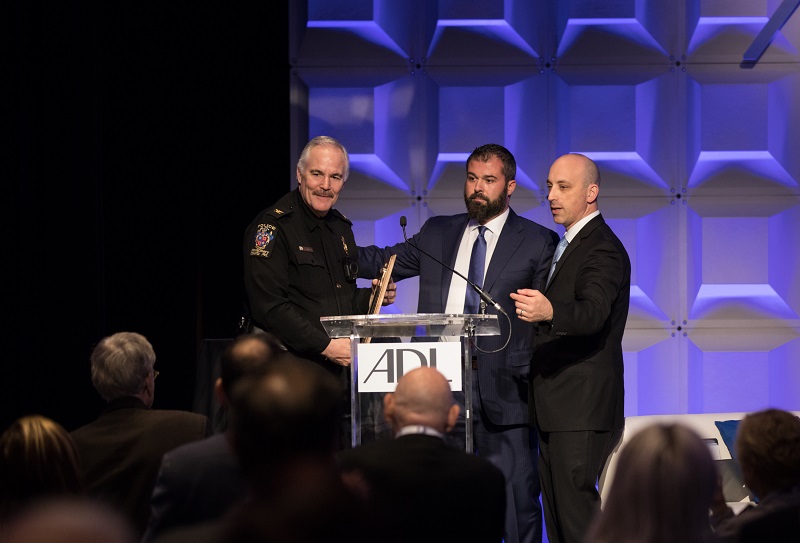 ADL Honors Washington, DC Police Chief Cathy Lanier for Her Service in Law Enforcement and the Fight Against Terrorism

The award was presented by Adam Gerry, president of Granite Associates, Inc., grandson of William and Naomi Gorowitz and son of Alan Gerry who created the Institute and Award in memory of his late parents. 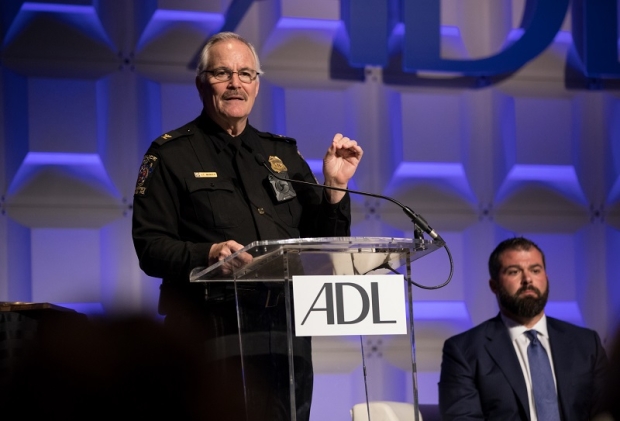 “Chief Manger’s commitment to the highest ethical standards, to transparency and accountability, and to building a department that reflects the diversity of the community it serves has fostered trust throughout the country,” Gerry said. “He is nationally recognized for his work building bridges with the Muslim and immigrant communities.

Manger’s department participates in the ADL’s Law Enforcement and Society: Lessons of the Holocaust training program, run in partnership with the U.S. Holocaust Memorial Museum. The program examines the role of police under the Nazis and the implications of that history to law enforcement today, with a focus on the role of American law enforcement as protectors of our constitution and individual rights.

Manger has also been a presenter in ADL’s Advanced Training School on Extremist and Terrorist Threats, which is the League’s flagship training for law enforcement leaders from across the country.

His 41-year career in law enforcement began with the Fairfax County, VA Police Department, rising through the ranks to become chief in 1998. In 2004, he moved across the Potomac River to head Montgomery County’s Police Department.