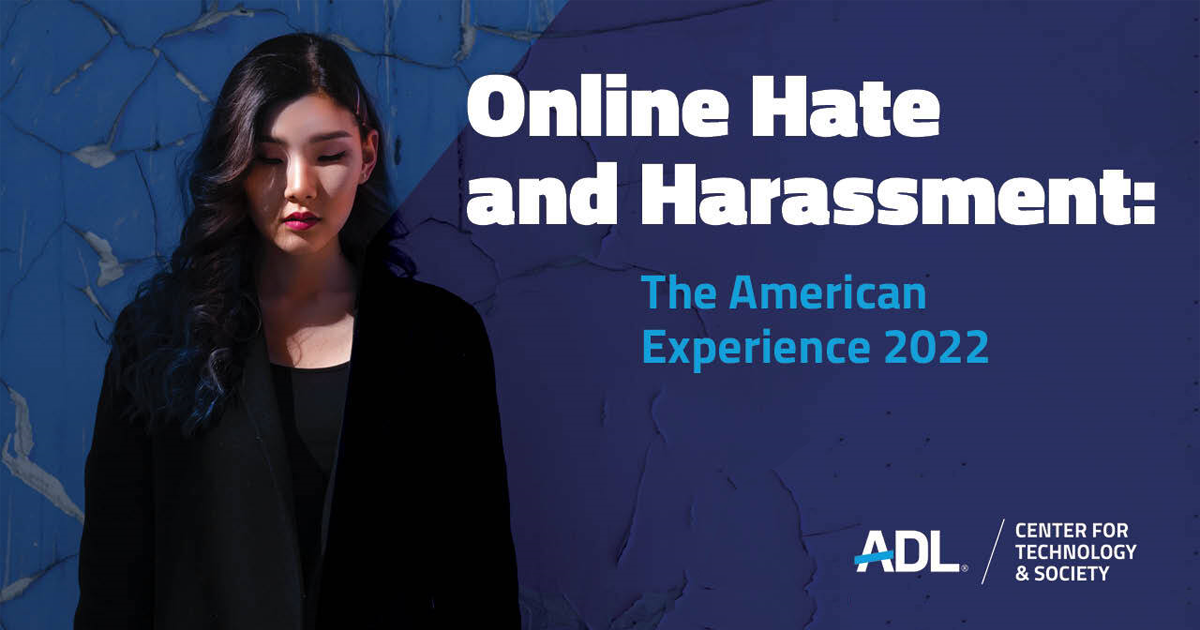 New York, NY, June 21, 2022 … Nearly half (47 percent) of American teens, and 40 percent of all those surveyed, reported experiencing some form of online harassment, according to ADL’s fourth annual survey on online hate and harassment. Sixty-five percent of those in a marginalized group, including Jews, women, and people of color, experienced hate-based harassment because of their identity. A staggering 72 percent of marginalized youth (ages 13-17) reported being harassed because of an aspect of their identity.

“Social media companies are nowhere near where they need to be when it comes to hate and harassment on their platforms. It’s especially upsetting to see so many young people are having such negative experiences online,” said Jonathan Greenblatt, ADL CEO. “We must expand our efforts to hold tech companies accountable as online spaces are still unsafe, particularly for those in marginalized communities.”

The survey of 2,330 individuals was conducted online from January 26, 2022 to February 14, 2022 by YouGov, a leading public opinion and data analytics firm, on behalf of ADL’s Center for Technology and Society to examine Americans’ experiences with online hate and harassment. The results are weighted and are representative of all Americans 18 and older. The survey has a margin of error of +/- 2 percentage points among the total sample.

In an effort to understand the experiences of individuals who may be especially targeted because of their group identity, the survey included oversamples of respondents who identified as Jewish, Muslim, Black or African American, Asian American, Hispanic or Latino/a, and LGBTQ+.

ADL is the leading anti-hate organization in the world. Founded in 1913, its timeless mission is “to stop the defamation of the Jewish people and to secure justice and fair treatment to all.” Today, ADL continues to fight all forms of antisemitism and bias, using innovation and partnerships to drive impact. A global leader in combating antisemitism, countering extremism and battling bigotry wherever and whenever it happens, ADL works to protect democracy and ensure a just and inclusive society for all.