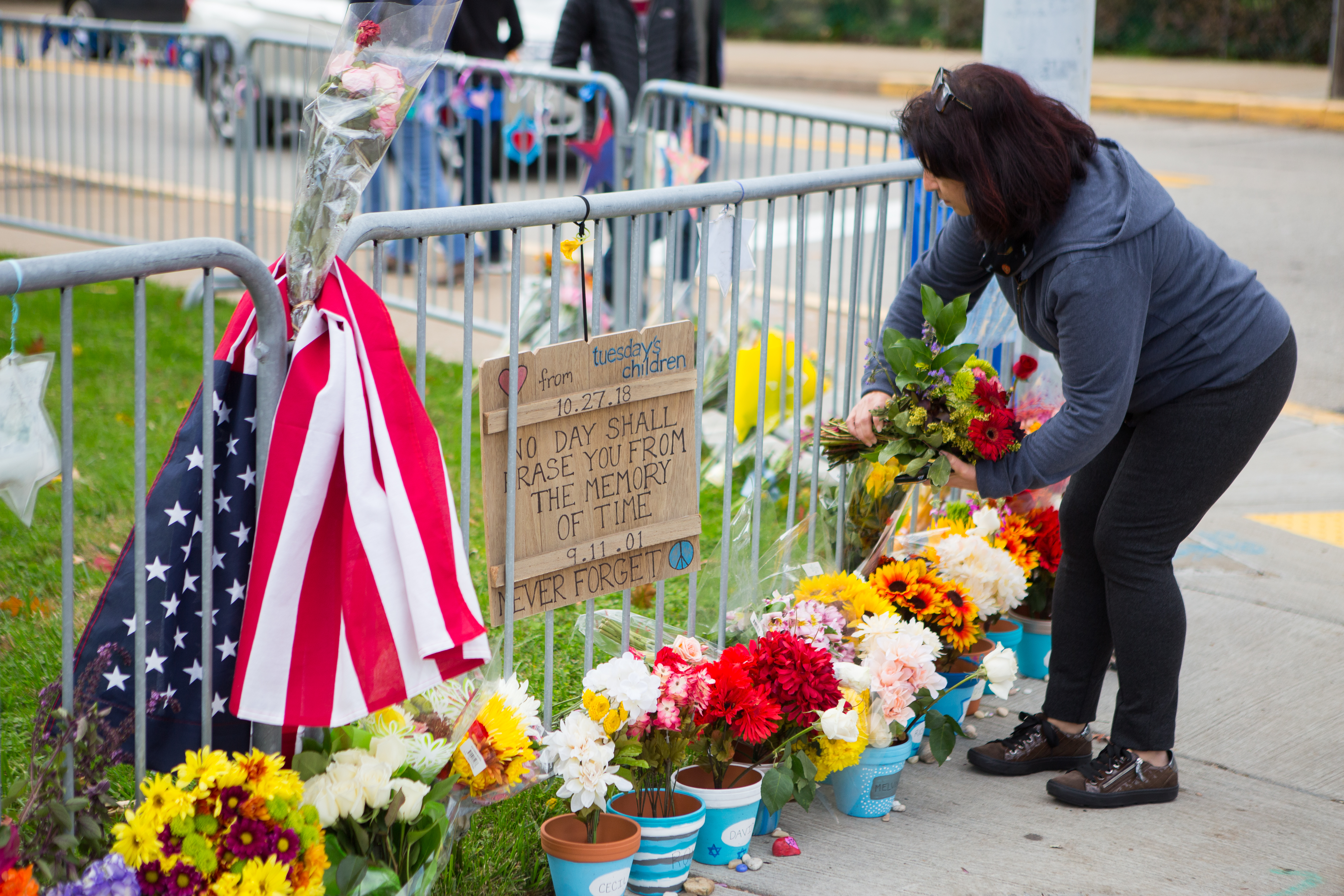 These are just a few of the moments of hope that made headlines in 2019.

Here is ADL’s Top 10 list of those inspirational moments of hope that most moved us over the course of the year.

It’s hard to fathom how such a horrific hate crime – the 2018 shooting at the Tree of Life synagogue in Pittsburgh in which a white supremacist targeted three Jewish congregations at prayer – could inspire an act of love so huge that it overwhelms the loss of 11 people in a deadly act of hate. But when the Pittsburgh community came together to mark the date of that tragedy on Oct. 27, 2019 with a full day of prayers and projects that embraced the city’s Jewish community with a huge hug -- it did just that. Whether it was making blankets for refugee families, working at food pantries or holding blood drives, Jews, Muslims, Christians, and people of other faiths and of no faith came together to send a message that a community could emerge stronger in the face of an unthinkable act of hate.

Speaking at ADL’s Never is Now Summit on Anti-Semitism and Hate in New York City, renowned comedian, writer and actor Sacha Baron Cohen issued an impassioned call to social media companies to take action against the hate that is spreading on their platforms. In his passionate speech, which garnered well over a million views on YouTube and resonated with a worldwide audience, Cohen lambasted social media companies for providing what he termed, “The greatest propaganda machine in history.” At the same event, Hamdi Ulukaya, the founder and CEO of Chobani and a Turkish immigrant, issued a plea for an end to the hatred that has plagued society in recent years. “We are here to say: ENOUGH.  Enough hatred. Enough hurt. Enough violence.” And he spoke of the need for corporations to stand up and build strong brands that can help bring people together, citing his own company’s work in hiring immigrants as a model for others to follow. 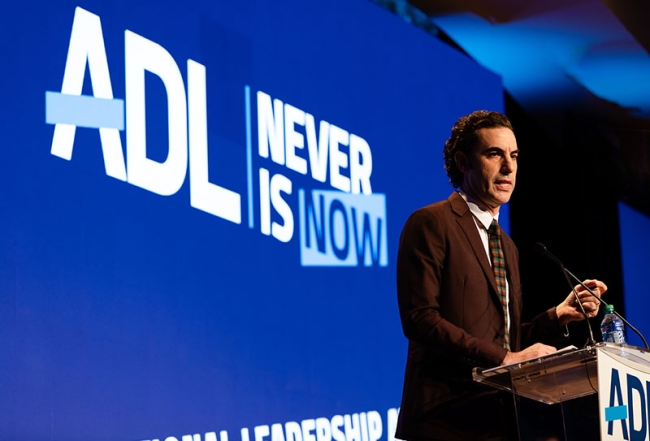 In a hard-fought victory for religious freedom and free expression, ADL lobbied successfully for the passage of a “Mezuzah bill,” a bill which allows for the display of religious items on doors and door frames of homes in California. ADL was the bill’s lead sponsor after receiving a number of complaints from Jewish renters and condo owners who were told to remove their mezuzot –Jewish religious objects containing biblical texts on parchment that are traditionally hung on doorposts – because of landlord policy. After the bill was signed into law, members of the Jewish Caucus in the California State Senate celebrated by affixing mezuzot to their office doors in the State Capitol building. 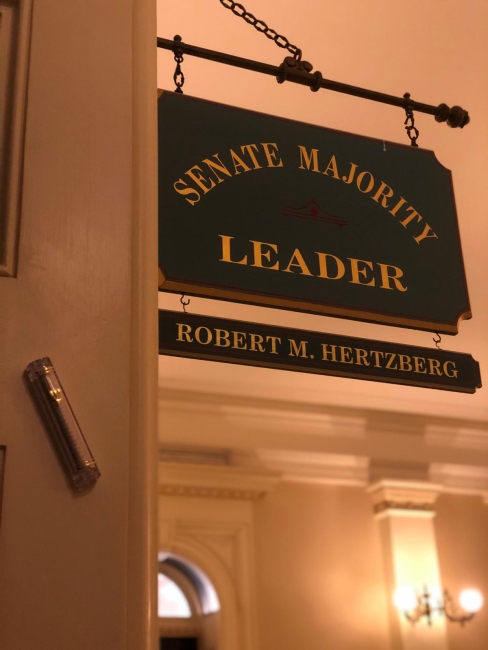 The Utah Senate approved a bill strengthening the state’s hate crimes law, which had long been criticized as weak and had never been used successfully. The bill’s passage capped a multiyear campaign led by ADL and other civil rights organizations aimed at increasing penalties for anyone charged with a bias-motivated crime. The new law overcame early opposition from some religious groups who had initially objected to the law’s protections for LGBTQ people. The final bill allows a judge to increase penalties for a crime if a defendant is convicted of targeting someone based on ancestry, disability, ethnicity, gender identity, national origin, race, religion or sexual orientation. 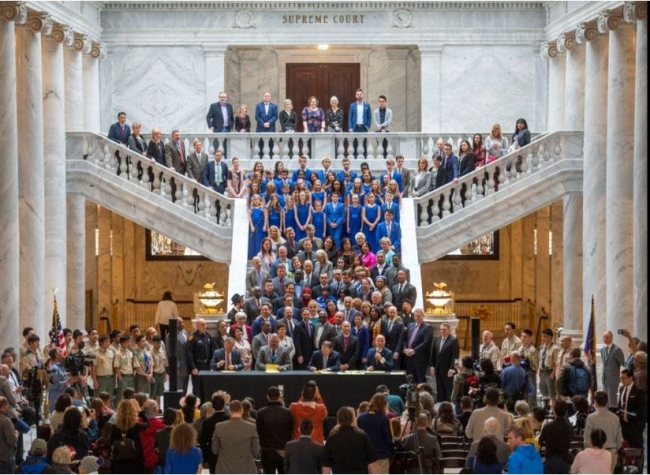 With mounting stories of immigrant detainees awaiting asylum spending months in federal immigration detention centers, including many political refugees from war torn countries, a group of San Diego State professors and others in suburban San Diego started a campaign to send letters to the detainees. The campaign resulted in hundreds of letters being sent to detainees, which the university library made public in a digital archive, highlighting for the entire country the plight of undocumented immigrants at a time when the Trump administration had swept a growing number of immigrants into detention centers and vowed to seal the border to prevent future asylum seekers from reaching American soil. 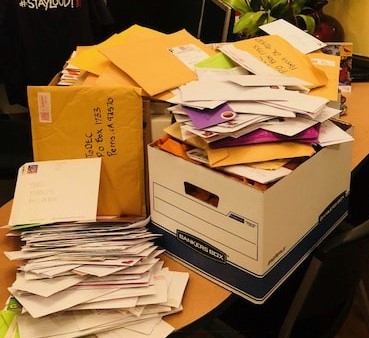 A Muslim mom stepped in to defend a Jewish family when a man started spouting virulently anti-Semitic language at the children in an incident that went viral after it was captured in a cellphone video. Asma Shuweikh said her faith and her own experiences facing discrimination inspired her actions. “Being a mother of two, I know what it’s like to be in that situation and I would want someone to help if I was in that situation,” she said in an interview. British police later arrested a 35-year-old suspect and charged him with “racially aggravated” intimidation. 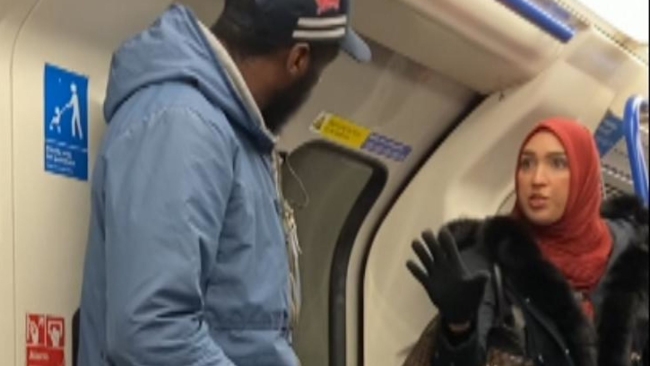 After she befriended a Holocaust survivor who came to speak to her class in 2014, Claire Sarnowski, a young student who is Catholic, was so moved by his story and his determination to see the Holocaust taught in all Oregon schools that she asked a Democratic state senator to propose the idea to the district. State Sen. Rob Wagner went one step further and helped introduce a bill into the state legislature making the Holocaust part of the state’s public school curriculum. Both Sarnowski and the survivor, Alter Wiener, testified in support of the legislation, which was signed into law this year. 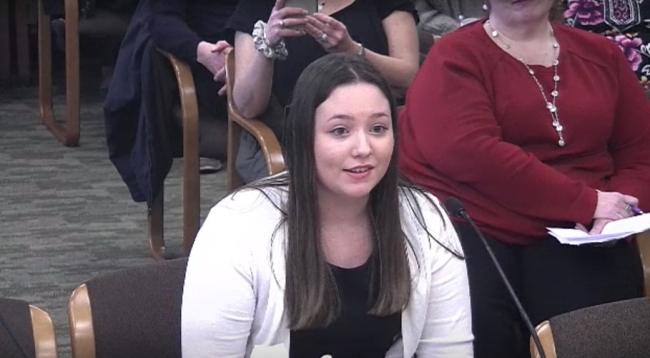 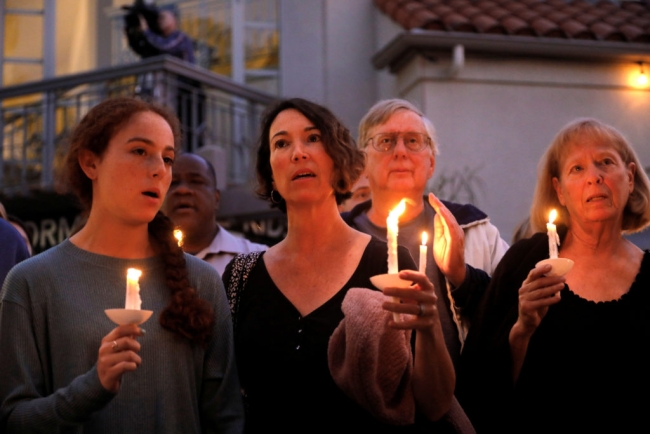 Outraged over the shooting at a Chabad synagogue in Poway by an individual motivated by white supremacist ideology, more than 4,000 people representing all faiths and ethnicities came together in Poway for an inspiring evening of healing and hope, in a 90-minute interfaith vigil sponsored by ADL and the Poway Unified School District. Religious leaders, law enforcement and political leaders spoke strongly against hate. Two weeks later, ADL’s Walk Against Hate in San Diego brought together another 3,500 people, including the victim’s daughter, and students and teachers from 65 schools, a record turnout despite the pouring rain.

Four months after the tragic shooting of a synagogue in Pittsburgh which killed 11 congregants at prayer, the U.S. House announced the new leaders and membership of its Bipartisan Task Force for Combating Anti-Semitism and in November, Senators Jacky Rosen (D-NV) and James Lankford (R_OK) announced that they were launching a companion Task Force in the Senate. The Task Forces bring together members from across the aisle to ensure that Congress plays an integral role in fighting anti-Semitism and serve as a forum for educating members and engaging with civil society organizations and foreign leaders to collaborate on solutions.  And in March, the House voted to pass the strongest-ever resolution condemning anti-Semitism and all forms of hate following remarks by a member of Congress which invoked the dual loyalty charge against Jewish Americans.

As the year 2019 came to a close, an unlikely friendship blossomed between two world class judo athletes – showing how sportsmanship can transcend barriers and borders. Iranian judoka Saeid Mollaei, who defected to Germany after Iranian authorities pressured him not to compete against Israeli champion Sagiv Muki, was congratulated by the Israeli player after his first competition since his defection at the Osaka Grand Slam competition in Japan. On Instagram, Sagiv congratulated Mollaei’s participation in the competition and called it “a triumph of sports over politics.” In response, Mollaei called the Israeli “my best friend.” In August, Iranian authorities applied pressure on Mollaei to deliberately lose the semi-finals of the World Judo Championships in Tokyo so that he wouldn't have to face the Israeli competitor in the finals. The World Judo Federation has since suspended Iran from international competitions. 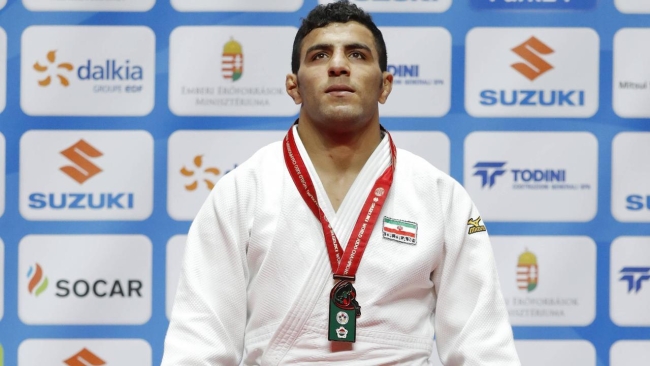