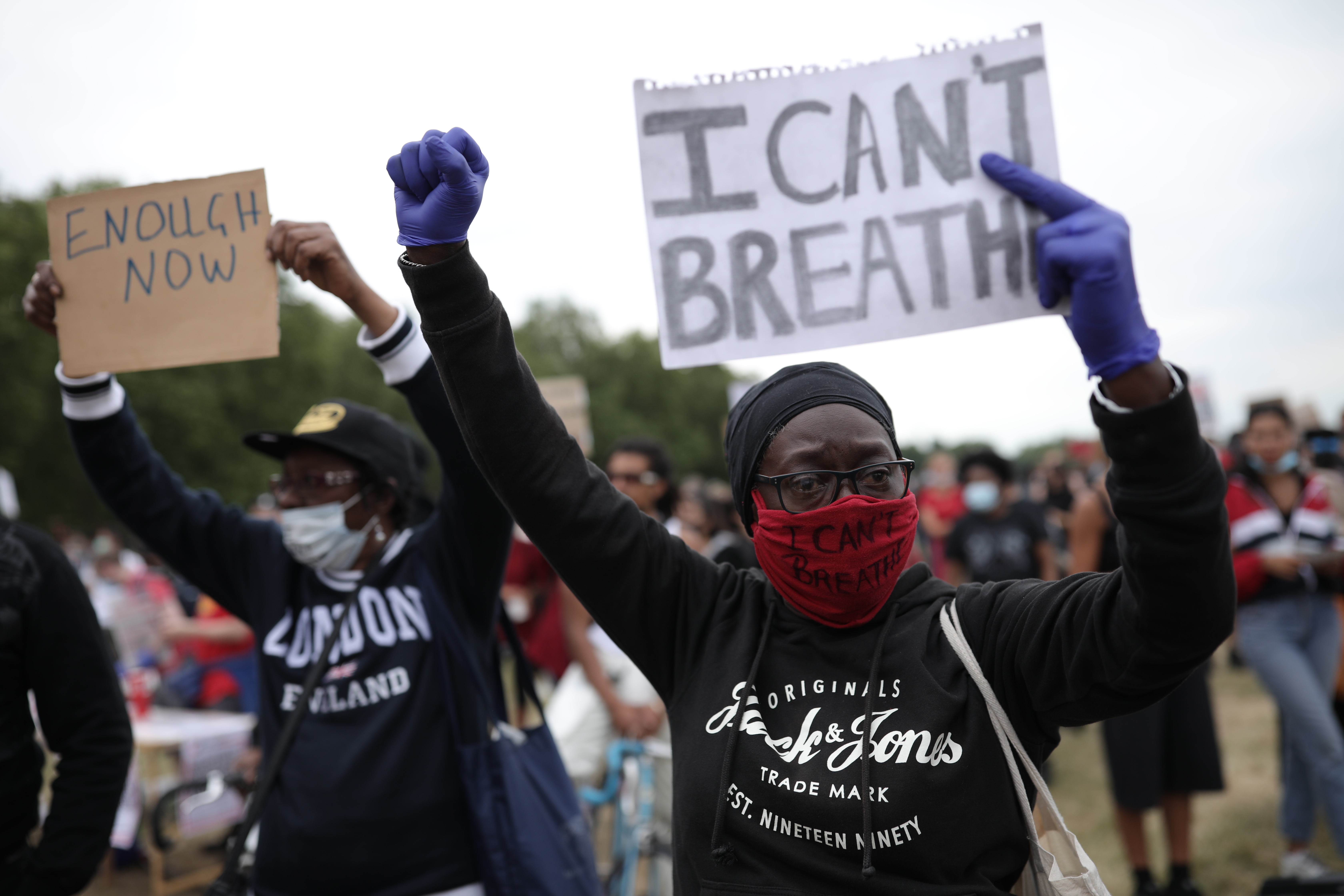 In what has become an annual tradition, at the conclusion of the year the ADL pauses to take stock of the moments and the individuals who shaped our country for better, or for worse, with an end of year “Top 10” list. The year 2020 was marked by a series of heartbreaking setbacks in the fight against hate.

Here are the Top 10 Heartbreaking Moments of Hate from 2020, as selected by ADL staff from across the country.

The high-profile murders of Breonna Taylor and George Floyd at the hands of law enforcement once again laid bare the deep institutional flaws in America’s systems and prompted a national reckoning on issues of institutionalized racism. Their deaths and the deaths of too many other Black lives at the hands of police became a rallying cry for Americans across the country, who turned out at massive nationwide protests to speak out against the racial injustice that pervades every aspect of society. The murders of Breonna Taylor and George Floyd once again exposed the unjust treatment, excessive use of force and full-on brutality that has too often characterized law enforcement’s treatment of Black, Indigenous and people of color for far too long. And it came in a year when the spread of the coronavirus disproportionally affected people of color and other marginalized communities. The tragic deaths of Taylor and Floyd spurred on a public dialogue around race and racism, implicit and explicit bias, white supremacy and systemic oppression that must continue, so we can dismantle the systems that have enabled the abuse and murder of far too many Black lives in America.

It sounded more like the plot of a fictional terrorism potboiler than something that might happen in real life: A militia cell called the “Wolverine Watchman” had allegedly plotted to kidnap Michigan Governor Gretchen Whitmer, going so far as to coordinate surveillance on Whitmer’s vacation home and discussing detonating explosives to divert law enforcement’s attention from the kidnapping.  But all of this turned out to be more fact than fiction. On October 8, federal and state authorities in Michigan announced the arrest of 14 people associated with an anti-government militia cell that had allegedly planned to kidnap the governor and possibly carry out additional violence against state police facilities, even burning the Capitol building. The members of the Wolverine Watchmen appeared to have been active supporters of the boogaloo movement, believing that a civil war was coming in which people’s guns would be confiscated. While the kidnapping plot was thwarted before it could be realized, it served as a powerful reminder of the danger posed by widespread fear and anger around health policies aimed at stemming the spread of the coronavirus.

As more and more schools and religious institutions switched from in-person assemblies to online meetings, a new form of digital harassment known as “Zoombombing” was not too far behind. Named after the popular online videoconferencing platform, Zoom, which became the essential work-around for people across the country telecommuting to work or zooming into classes and religious services and town meetings remotely, “Zoombombing” was akin to an online party crasher breaking into a private video chat. But these crashers weren’t all just pranksters. In some cases, they were out-and-out white supremacists. In late March, a white supremacist interrupted a webinar hosted by a Massachusetts Jewish student group. The following day a Jewish 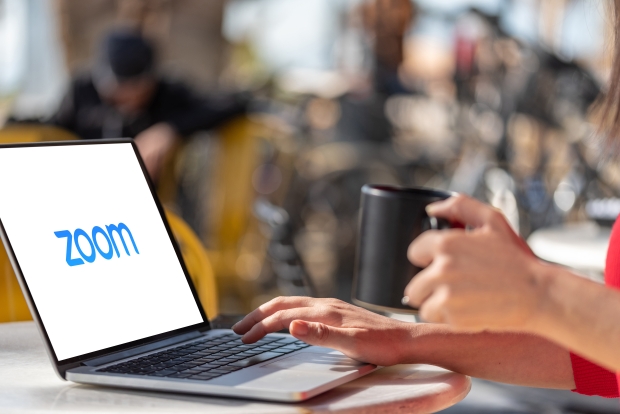 Community Center’s online class was interrupted with a minutes-long, profanity laced antisemitic rant. Soon, reports were pouring in from across the country detailing instances in which virtual meetings were being disrupted by threatening messages or actions, often including hate speech or pornographic content. As extremists and white supremacists continued to attempt to exploit the technology, ADL began working with online videoconferencing providers to help them shore up their security and provided resources to help educate the public on how to prevent such incursions from happening. After months of quarantining, and important security changes to the platform by Zoom and others, reports of such violations have substantially subsided.

With all of their benefits for connecting people online, social media platforms continued to manifest a dark underbelly of hate in 2020. Nearly 30 percent of Americans reported experiencing severe online hate and harassment, including sexual harassment, stalking, physical threats, swatting, doxing or sustained harassment, according to an ADL survey. Individuals from marginalized groups reported feeling less safe online this year than in the past. This was particularly evident on Facebook, where 77 percent of users reported being harassed – more than on any other platform. In response to 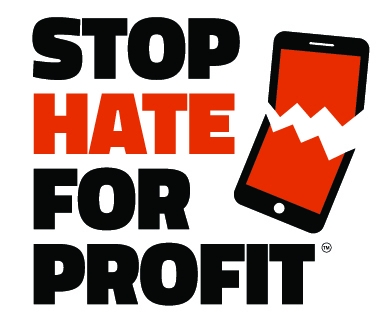 Facebook’s repeated failure to meaningfully address the vast proliferation of hate on its platforms,  ADL, the NAACP, Sleeping Giants, Color Of Change, Free Press and Common Sense announced the #StopHateforProfit campaign calling on corporations to pause advertising on Facebook during the month of July 2020. By the end of the year, the campaign found some platforms turning a corner – with more and more social platforms announcing changes, such as Facebook’s decision to remove Holocaust denial from its servers, Twitter’s decision banning thousands of QAnon accounts, and YouTube’s banning of some extremist content, including white supremacists and the official channel of the stridently antisemitic Nation of Islam led by Louis Farrakhan. But there’s still much more work to be done to prevent the spread of online hate.

The year was marked by a rising tide of conspiracy theories and hatred targeting Jewish, Asian, Latinx American and other minority groups, blaming them for intentionally spreading the coronavirus or profiting from the widening pandemic. Asian Americans disproportionately bore the brunt of harassment and verbal or physical abuse as a result of false conspiracy theories accusing China and Chinese people of intentionally spreading the virus. By June, there were surging reports of xenophobic and racist incidents targeting members of the Asian American and Pacific Islander community in the U.S., including being told to “Go back to China” or being accused of “bringing the virus” to the U.S. Other extremists spread antisemitic and Sinophobic conspiracies about COVID-19, blaming Jews and China for creating, spreading and profiting off of the virus. And some federal and state officials, rather than tamping down their rhetoric, took to referring to the virus as the “Kung Flu,” the “China virus” and by other misnomers that seemed to only fuel the spread of online conspiracies and hate.

Social media platforms continued to serve as a conduit for some of the year’s worst and most hateful conspiracy theories. Coming during an election year and in the midst of a pandemic of uncertain duration, conspiracy theories such as QAnon, election disinformation, and antisemitic tropes about George Soros controlling liberals or financing the Black Lives Matter protests were among the fact-challenged conspiracies that flitted across social media channels such as Facebook and Twitter at warp speed. Platforms were repeatedly urged to address online hate by civil society organizations and 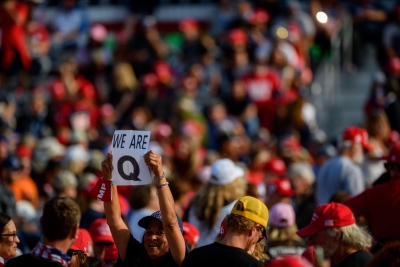 members of Congress who held hearings into the issue, and some platforms took modest steps to protect against election misinformation or to shut down Holocaust denial and other forms of hate speech. However, the tide of hate continued to surge past moderators and make its way into the mainstream. Even the conclusion of the election season in November didn’t spell the death knell for conspiracies tied to the elections. At the end of the year, QAnon believers were already buying into a new set of conspiracy theories about so-called “election fraud” and some far right extremists and QAnon adherents were migrating to the online service Parler. More and more people were buying into the notion that the pandemic was a hoax perpetrated by President Trump’s enemies to undermine his re-election.

Jewish Members of Congress Targeted with Barrage of Antisemitic Tweets 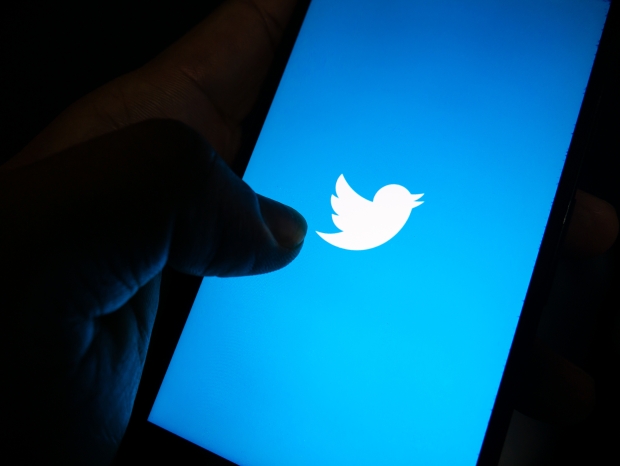 Jewish and other members of Congress who might have noticed an uptick in hatred aimed at them on social media channels in 2020 were not imaging it. A first-of-its-kind study by ADL’s Center for Technology and Society confirmed that a high volume of antisemitic tropes and misinformation was directed at incumbent Jewish members of Congress who were running for reelection. A one-month snapshot of July 23 to August 22 revealed that as many as 6,000 potentially antisemitic tweets had been directed at those elected leaders, including Soros-related conspiracy theories, explicit antisemitic language, tropes related to Jewish power and control, and/or tweets questioning the loyalty and faith of Jewish incumbents. The report’s data only confirmed what members of Congress had known anecdotally for years: That social media platforms, while serving as a great tool to reach constituents and the public with important communications, also serve as breeding grounds for hate and antisemitism on a frightening scale.

Boogaloo Emerges as the Latest Trend in Extremism

It’s not often that an old joke evolves into a catchphrase for mass violence, but that’s just what happened when a variety of extremist and fringe movements and subcultures adopted the word “boogaloo” as shorthand for a future civil war. In 2020, extremists on a range of online platforms were talking about and sometimes even anticipating the “boogaloo” and increasingly engaging in real world activities, showing up at protests and rallies around gun rights, pandemic restrictions and police-related killings.  In 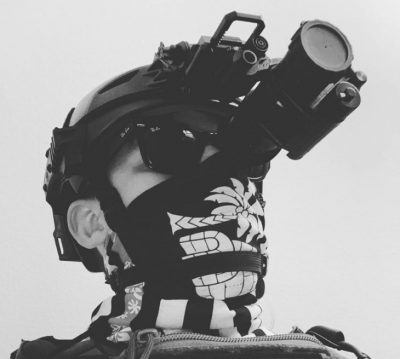 May 2020, boogaloo activists organized a protest against coronavirus public safety measures in Raleigh, North Carolina, with many carrying firearms in defiance of state laws prohibiting guns at public demonstrations. Boogaloo adherents have shown up at numerous lockdown protests, waiving boogaloo signs, wearing Hawaiian shirts and carrying firearms. These boogalooers are part of an embryonic, decentralized movement that organizes largely online but whose presence has increasingly been felt in the real world. While boogaloo supporters hail from a variety of movements and include some white supremacists who advocate for race war, the lockdown protests have largely featured the anti-government version of the boogaloo favored by the militia, gun rights, and anarcho-capitalist movements.

In the middle of a non-violent Black Lives Matter protest in Richmond, a Virginia man, later described by law enforcement and prosecutors as a leader of the KKK, drove down a median before revving his truck’s engine and plowing directly into a group of protestors. 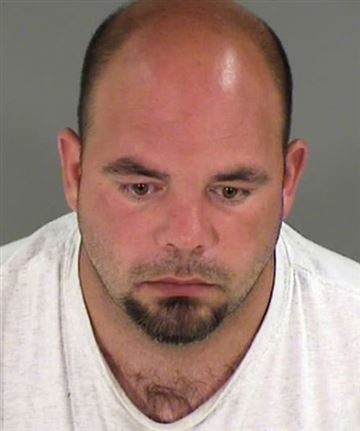 The June 7 incident left the protestors shaken and resulted in several injuries, but fortunately there were no serious injuries or fatalities reported. The incident in early June was not uncharacteristic in a year of rising tensions at protests across the country, where a small but vocal array of white supremacists, militia groups, QAnon activists and others on the extreme right routinely showed up at pandemic-related and racial justice protests. The KKK leader responsible for the attack, identified as Harry H. Rogers, 36, was charged with assault, battery, attempted malicious wounding and felony vandalism. A grand jury hearing the case was shown a Facebook Live video captured after the attack in which Rogers boasted of driving through the crowd. He was sentenced in August to six years in prison.

Roy Den Hollander, the primary suspect in the July 19, 2020 fatal shooting at a federal judge’s New Jersey home, made no secret of the fact that he hated women. The self-described “anti-feminist lawyer,” who died by apparent suicide hours after an attack that left Judge Esther Salas’ son dead and her 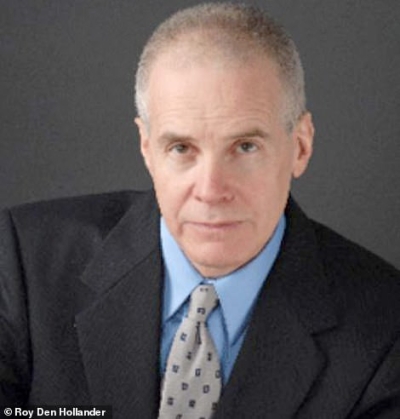 husband in critical condition, built much of his career around objectifying and demeaning women and holding up white men as the ultimate victims in American society. Hollander filed a number of lawsuits against the all-male military draft, and one of those cases was on Salas’ docket. Thanks to his endless lawsuits and penchant for self-promotion, Hollander was a highly visible MRA, or Men’s Rights Activist. MRAs are a subset of the extremist misogynist culture that thrives in the online “manosphere.” Hollander’s alleged attempt to kill a federal judge powerfully illustrated the potential lethality of such views.