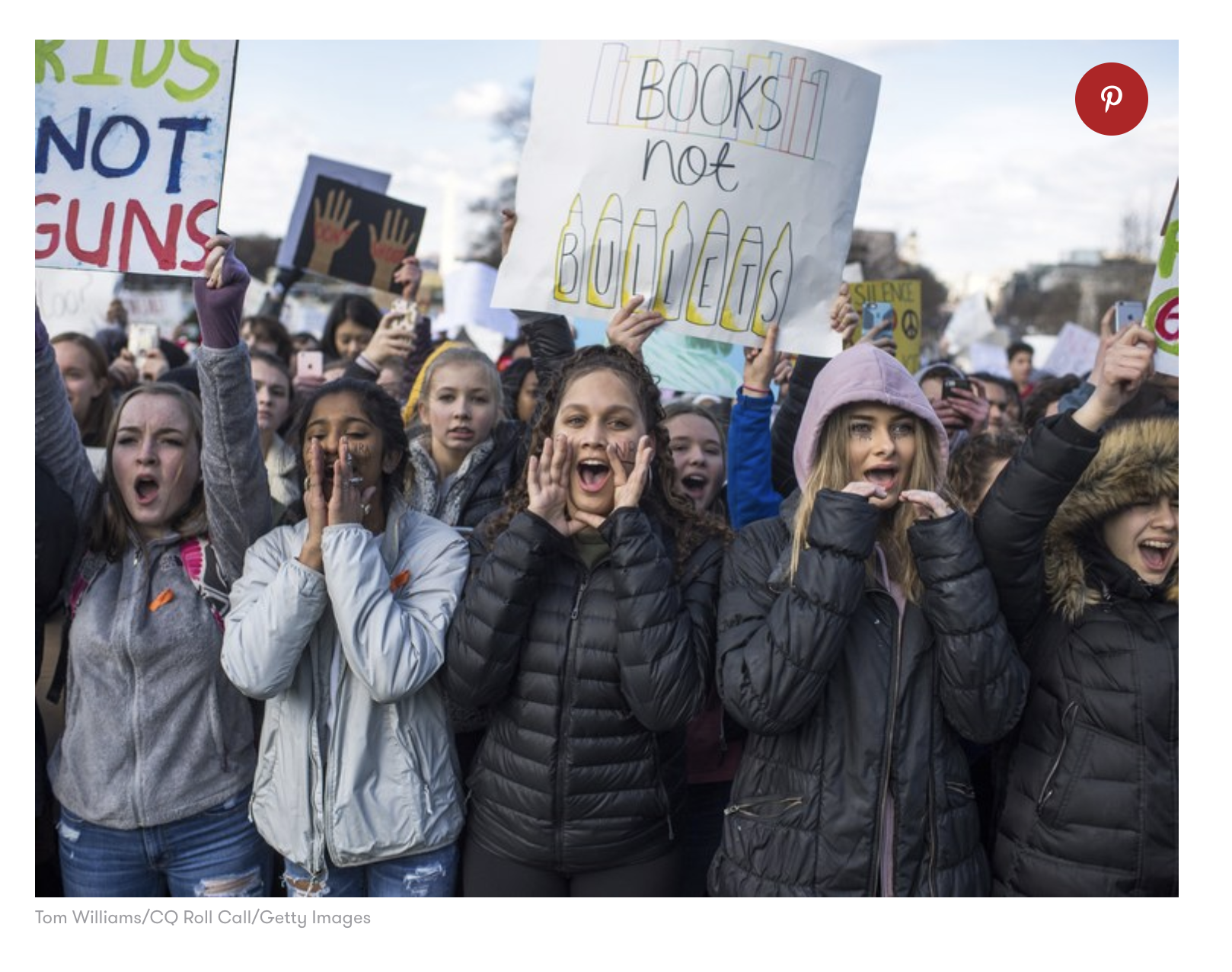 In a year characterized by a number of high-profile acts of hate, there still were many remarkable moments of hope and inspiration. Here are some of the stories that energized and uplifted us in 2018. Many of these involved moments when Americans and people from around the world and from all walks of life came together to be an ally, advocate, or activist.

Muslim leaders and communities raise more than $200,000 in support of Pittsburgh shooting victims

In an inspiring show of interfaith solidarity, Muslim organizations working in partnership with the Islamic Center of Pittsburgh raised more than $238,600 for victims and families impacted by the Tree of Life Synagogue shooting. And even more impressive, Johns Hopkins graduate student Shay Khatiri launched a GoFundMe account for the synagogue that surpassed $1.2 million in contributions from more than 18,000 donors. A political refugee from Iran who is a practicing Muslim, Khatiri was motivated to take this step after his Jewish friends shared with him the news of the tragedy. 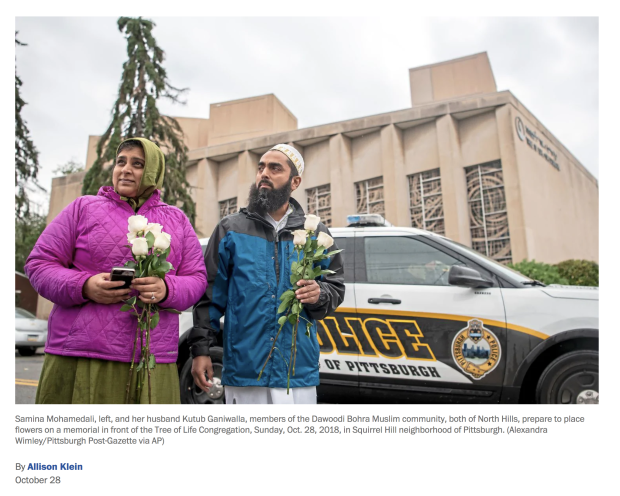 Hidden Children of the Holocaust speak out on family separation

In the summer of 2018, the Trump Administration announced its “zero tolerance” policy for migrants seeking to cross the border, leading thousands of children to be forcibly separated from their parents. After seeing the impact to families and children in a way that reminded them of their own experiences during World War II, the Hidden Children of the Holocaust challenged the policy. The group of Holocaust survivors, now in their 70s and 80s, raised their voices, not to draw a comparison with the singular tragedy of the Shoah, but instead to show support for these migrant families by speaking out on a video that went viral and in interviews with the news media about the severe and lasting trauma they endured as a consequence of their own forced separation.

March for Our Lives: Largest display of student activism in a generation

March for Our Lives galvanized a national conversation about gun control and represented the biggest youth-led protest since the Vietnam War. Almost a million students and allies marched on March 29, in an estimated 800 events across the country, to protest gun violence. The effort continued gun control advocacy that students began after the tragedy at Marjory Stoneman Douglas High School, where a gunman opened fire, killing 17 students and staff and injuring 17 more. Regardless of how one feels about the Second Amendment, the mass mobilization of civic energy inspired millions and reminded the country of the power of the people. 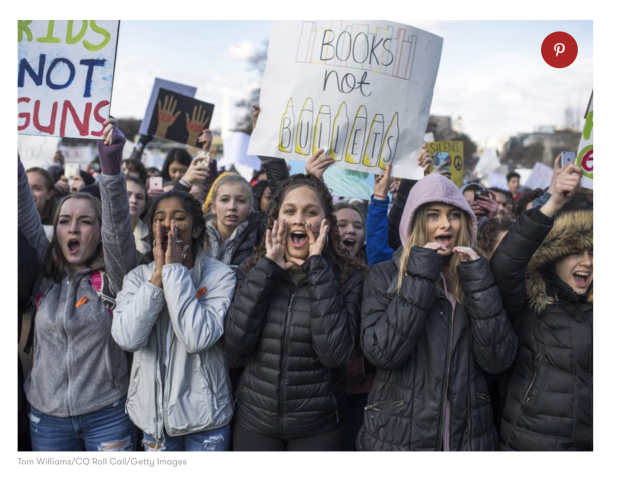 It was a moment survivors and descendants of survivors had wanted for a generation. In November, Canadian Prime Minister Justin Trudeau stood in Parliament and apologized to the world’s Jews for turning away a streamliner full of Jewish refugees who were fleeing Nazi Germany almost 80 years ago during the Holocaust. The St. Louis had more than 900 passengers on board when it was turned away from Canada as a result of the prevailing anti-Semitism at the time. Trudeau said: “We refused to help them when we could have. We contributed to sealing the fates of far too many at places like Auschwitz, Treblinka, and Belzec. We failed them. And for that, we are sorry.” 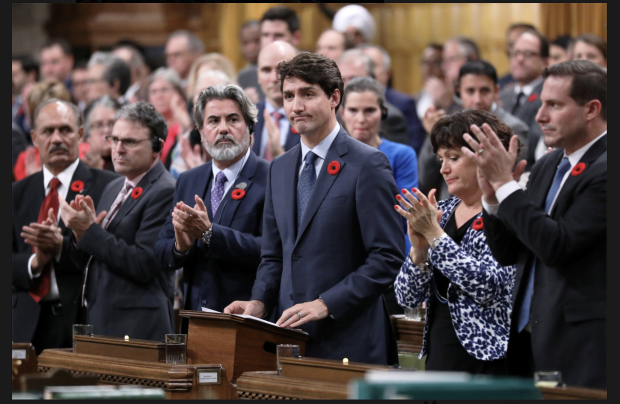 This year saw a number of deeply disturbing revelations about how tech companies used or abused information from their users, tolerated hate speech on their platforms or even made excuses for such poison.

And yet, in contrast, a number of companies stepped forward to embrace diversity and inclusion and took impressive actions to address intolerance. Apple CEO Tim Cook set a high bar for other technology companies through his words and deeds. He stated unequivocally earlier this month that hate has no home on the company’s platforms and his actions have reinforced that position. Apple removed podcasts from notorious conspiracy theorist and hatemonger Alex Jones and stripped the entire InfoWars library from iTunes. The company also disabled Apple Pay support on websites selling white nationalist and hate group apparel and accessories. Over the last several years, Apple has repeatedly denounced hate and hate speech and, Cook and Apple’s employees donated more than $2 million in 2017 to support anti-hate groups in the wake of the Unite the Right rally in Charlottesville.

Beyond Apple, other companies also stepped forward. Reddit CEO Steve Huffman moved forward to address white supremacists on its platform. Salesforce CEO Marc Benioff created a new position on his leadership team to ensure that his company develops products in an ethical and humane manner. 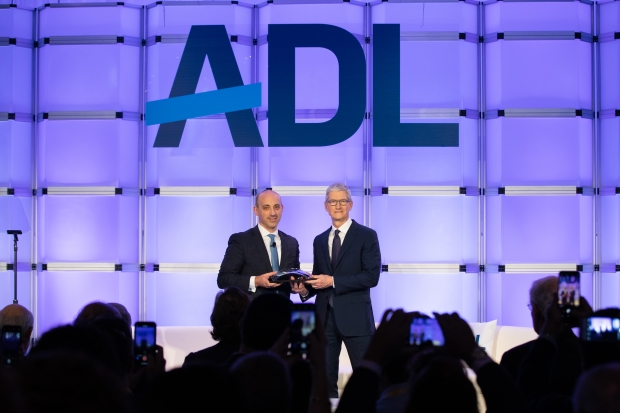 British Prime Minister stands up against anti-Semitism and misogyny

British Prime Minister Theresa May gave a rousing speech attacking both anti-Semitism and sexism as pervasive ideologies that can be neither underestimated nor ignored. “As is so often the case with anti-Semitism, bigotry directed at Jewish women also comes from those who would never consider themselves to be racist, including within the women’s rights movement itself,” May said in November at the Sara Conference. She went on to explicitly categorize anti-Semitism as racism. “I have no time for equivocation,” she said. “Any ‘equality’ movement that indulges or ignores it [anti-Semitism] is not worthy of our time.” At a time when anti-Semitism in Europe is on the rise, May’s firm stance is more important than ever. 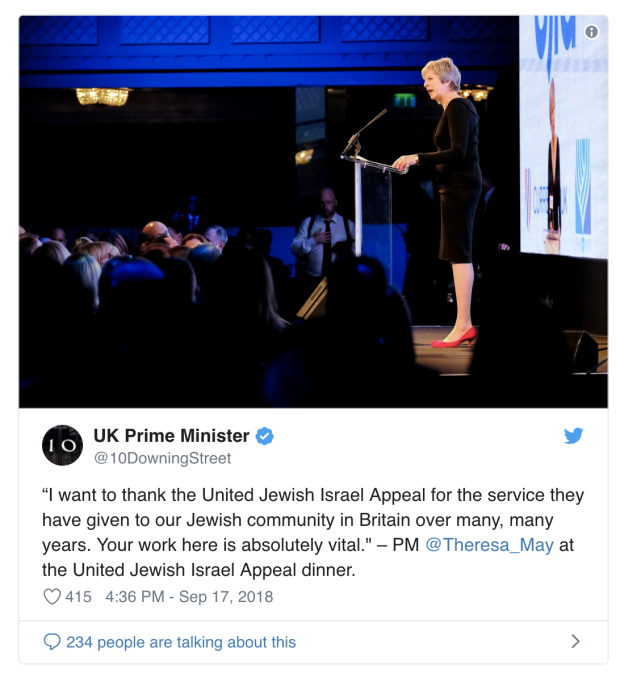 A Silicon Valley couple, Charlotte and Dave Willner, intended to launch a modest fundraiser to help separated families at the border this summer. The goal was to raise $1,500 -- the minimum amount needed to pay the bond cost to get a single migrant awaiting asylum released from detention pending a hearing. Much to everyone’s surprise, this fundraiser earned more than $20 million. All of the funds were donated to the Refugee Immigrant Center for Education and Legal Services, or RAICES, a Texas-based immigrant legal services provider. 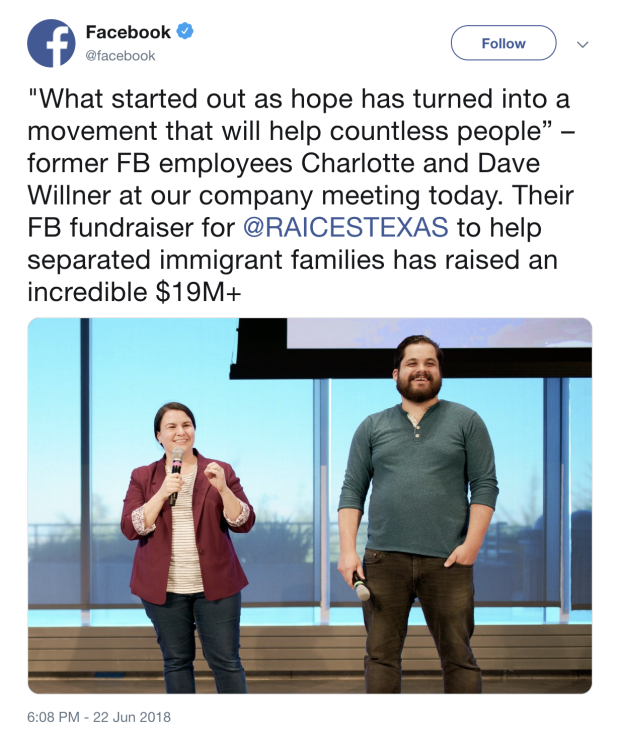 While the headlines have been dominated by difficult stories about how governments are handling refugees, there have been some extraordinary moments, as well. Perhaps the most extraordinary story came from France, when, earlier this spring, Mamoudou Gassama, an undocumented French immigrant from Mali, risked his own life to save a young boy who was dangling from the balcony of a Paris apartment building by scaling the building and rescuing him. The video of his heroic rescue quickly went viral, earned him the nickname "Spider-Man" and prompted French President Emanuel Macron to grant him French citizenship. But more importantly, Gassama’s selfless feat reminded the world that, regardless of their legal status, immigrants and refugees should be recognized for their intrinsic humanity. 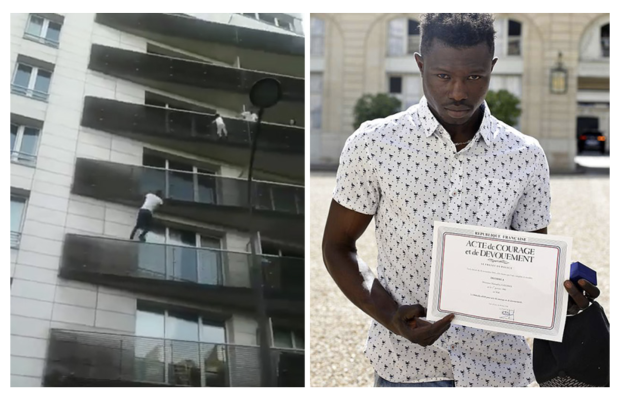 Colin Kaepernick, the former NFL quarterback who started the now common practice of players kneeling during the national anthem to protest racial injustice, was featured as narrator in a new Nike advertising campaign. The company highlighted individuals who overcame adversity to succeed and used their success to break boundaries in other areas of society. The ad urged all of us to “believe in something, even if it means sacrificing everything.” Though many people may have strong feelings about Kaepernick and his form of protest, it was impossible not to be moved by the inspirational message that encouraged individuals, regardless of their race, creed, religion, socio-economic background or level of ability, never to retreat from the pursuit of their dreams. 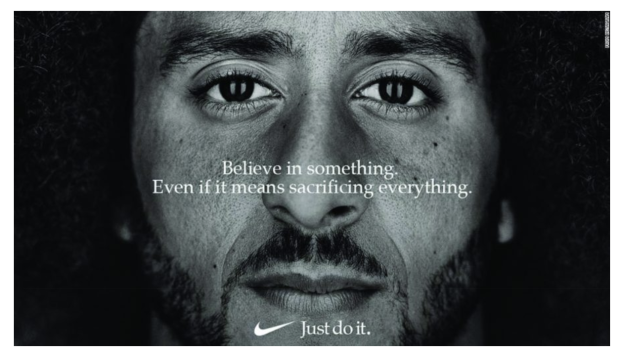 For the first time, Israeli athletes were able to compete in sports tournaments in the United Arab Emirates under the Israeli flag. Previously, tournament organizers in the UAE refused to identify Israel by name, display its flag, or play its anthem when Israeli athletes won gold medals. While an Israeli athlete who won a gold medal at the tournament in 2017 could only mouth the words to the Israeli national anthem, HaTikvah, while organizers insisted on playing a different song, this year HaTikvah played loud and clear, and it was moving to see Israel’s sports minister on the stage and crying in response to this historic first.

The UAE’s commitment to hosting a tournament that treats all athletes fairly and without discrimination on the basis of national origin is a brave signal in favor of fairness and openness. This is the first step toward building more inclusive relationships within the Middle East. 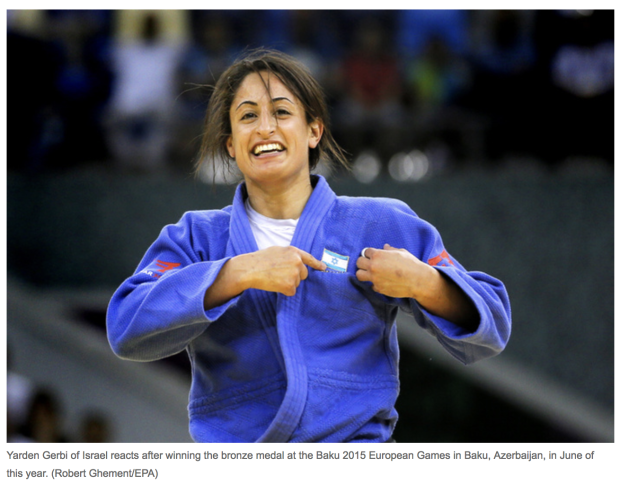 Despite a year that seemed, at times, riddled with hate, these bright spots prove that we are moving closer to our vision of a world where no one is the target of discrimination or threats, and all receive justice and fair treatment.