5 Things to Know about the Jewish High Holidays 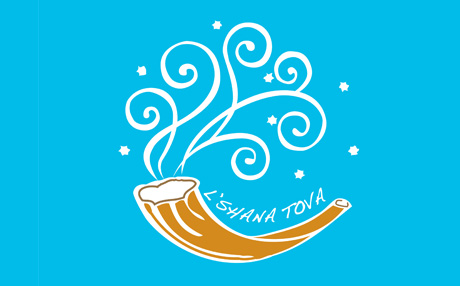 Jan 27th, 2017
For Educators | For Parents, Families, and Caregivers

Rosh Hashanah and Yom Kippur, the High Holidays, are celebrated by Jewish people all over the world. The High Holidays fall on different days each year. For the specific dates each year, check our Calendar of Observances.

Below is some background information about the holidays as well as links for learning more.

1. What are Rosh Hashanah and Yom Kippur?

Rosh Hashanah (literally “head of the year” or New Year) is the Jewish New Year. Yom Kippur, which comes ten days after Rosh Hashanah, is the Day of Atonement. Together, they are sometimes referred to as the Jewish High Holidays. They mark a period known both as the “Days of Awe” and the “Ten Days of Repentance,” during which Jewish people are supposed to reflect on the sins they have committed during the past year. Rosh Hashanah combines the joy of a New Year celebration and its theme of renewal with the seriousness associated with confronting one’s failings and seeking forgiveness both from God and from those one has wronged. Yom Kippur is considered the holiest day of the Jewish sacred calendar.

2. Why are these holidays important?

Like most religious traditions, Judaism places a high value on living an ethical life while at the same time recognizing that humans are fallible. For that reason, this season, with its emphasis on atonement and forgiveness, is particularly important and meaningful. Many Jews find the prayers, especially the sounding of the shofar (ram’s horn) and fasting, and the practices (seeking forgiveness) associated with the High Holidays to be spiritually uplifting and liberating. They are seen as an appropriate way to welcome the New Year and to begin it with a “clean slate.”

3. How are the High Holidays celebrated?

The primary observance of both holy days is the participation in synagogue worship. On Rosh Hashanah morning, the shofar is sounded as part of the worship service. Another well-known custom is eating apples dipped in honey, symbolizing the hope for a sweet year. Yom Kippur is a day of fasting and prayer. The fast begins at sunset and ends the following sunset. Young children and others for whom fasting presents a medical risk are exempt from fasting. The synagogue worship focuses on rituals of penitence and confession. Many Jews will spend the entire day in synagogue. Jewish tradition teaches that one cannot ask for forgiveness from God for sins against another person unless one has first made amends with that person. Thus, many Jews at this time of year seek forgiveness from friends and families in advance of the holy day. Festive meals in the home, especially one to break the fast at the end of Yom Kippur, are also traditional. Jewish law prohibits working or going to school on these holidays.

4. How many Jews are there in the United States?

This is a complicated question to answer since the government does not ask about religion in the census. Demographers estimate that around six million Jews now live in the United States, which is about 2% of the population. There are about 14 million Jews in the world or .025 of the world’s population. About six million Jews live in Israel. There are many variations in Jewish belief and different levels of observance. In the United States, about half of the Jewish population identifies as Reform, Conservative or Orthodox while the rest consider themselves “secular” or “unaffiliated.”

5. How can I learn more about Jewish people and culture?

For more information about Jewish people and culture or to bring those discussions to your classroom, see ADL's recommended children’s and young adult literature in our Books Matter bibliography and get important tips for Considerations for Inclusive Holidays and Observances.