Caitlyn Jenner and Being Transgender 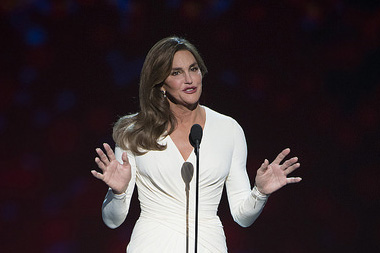 Caitlyn Jenner and the Power of Coming Out

Beyond the Binary: Discussing Transgender and Gender Non-Conforming Identity in K-12 Schools

Caitlyn Jenner has been in the news recently because she recently came out as transgender. More than 16.8 million people tuned in to hear her story when she was interviewed on ABC’s 20/20. Caitlyn Jenner’s fame spans several generations: she was an Olympic athlete in the 1970s where she won the decathlon and Jenner has been in several television programs including the reality show Keeping Up With the Kardashians and is currently in a documentary series called I am Cait, which chronicles her life after her transition. Now that Caitlyn Jenner has told her story, she has become the most famous openly transgender person in the United States.

Over the past several years, there has been a dramatic increase in the visibility of transgender people and understanding of transgender issues. Polls show that most Americans believe they know what being transgender means and overwhelmingly feel that our laws should protect transgender people. At the same time, transgender and gender non-conforming people face injustice in every aspect of their lives: at home, in schools, in workplaces, in doctors’ offices and emergency rooms and in public places like grocery stores, restaurants and hotels. For example, research reveals that:

For a list of relevant terms and definitions, see ADL's Terminology Related to Transgender and Gender Non-Conforming Identity.