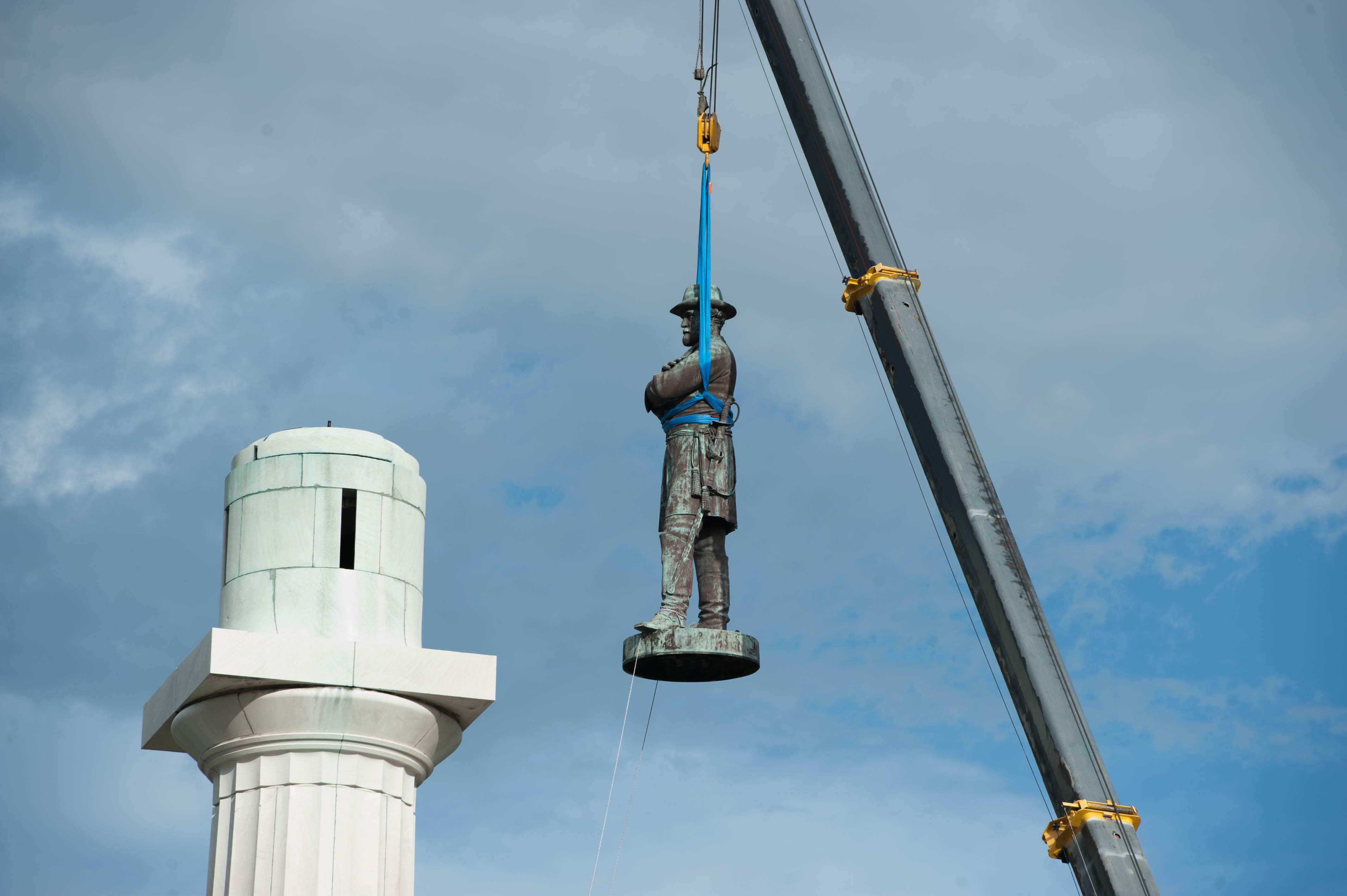 The removal of the Confederate Monument to Robert E. Lee from it's perch on May 17, 2017.

For Educators | For Parents, Families, and Caregivers | 13 and up

The latest national push for the removal of Confederate monuments and names began in 2015 after Dylann Roof, who idolized the Confederate flag, killed nine African-American worshipers at Emanuel AME Church in Charleston, SC. The monuments were removed for similar reasons as the Confederate flags—that the government should not honor people whose main accomplishment was fighting a war in defense of slavery. While some still deny that this was the motivation for Confederate secession, overwhelming evidence proves otherwise.

There has been some resistance to removing the monuments for a variety of reasons, including family members who want the memory of these men to be kept alive; people who feel the symbols of white supremacy should not be hidden away but should be on display for us to learn from them; historians who believe the monuments preserve and educate about America’s past; and residents of the city who feel the tax payer money needed to remove the monuments would be better spent elsewhere.

There has also been resistance from current day white supremacists like Richard B. Spencer who protested in Charlottesville, VA recently saying, “We will not be replaced.”

“These statues are not just stone and metal. They are not just innocent remembrances of a benign history. These monuments purposefully celebrate a fictional, sanitized Confederacy; ignoring the death, ignoring the enslavement, and the terror that it actually stood for. After the Civil War, these statues were a part of that terrorism as much as a burning cross on someone’s lawn; they were erected purposefully to send a strong message to all who walked in their shadows about who was still in charge in this city.”

"I understand the impulse to remove Confederate monuments, which embody some of the most repulsive aspects of the American past. But if we hide them away in a museum, it becomes easier to evade their implications. Let the statues to white supremacy stand, alongside monuments to the brave Americans who challenged it. Anything less let's all of us off the hook."

~ Jonathan Zimmerman, profession of education and history at the University of Pennsylvania