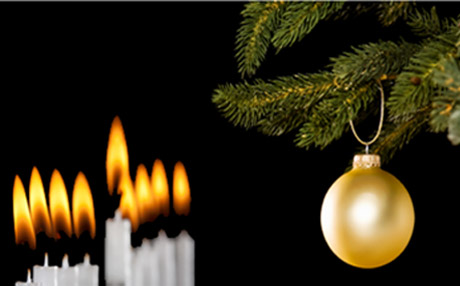 Guidance on Displays for the December Holidays

Considerations for Inclusive Holidays and Observances

Every December, public school students, parents, teachers and administrators face the difficult task of acknowledging the various religious and secular holiday traditions celebrated during that time of year. Teachers, administrators and parents should try to promote greater understanding and tolerance among students of different traditions by taking care to adhere to the requirements of the First Amendment.

The First Amendment guarantees freedom of religion to all Americans — including young schoolchildren — by prohibiting the government from endorsing or promoting any particular religious point of view. This prohibition has led courts to ban such plainly coercive religious activities in public schools as organized prayer and the teaching of creationism. The law is less clear regarding the limits on holiday celebrations in public schools, but a number of guidelines should be followed in order to ensure that our public schools can best celebrate the religious freedom upon which our nation was founded.

The guidance outlined in this section applies equally to virtual classroom activities and school-wide events, as well as other virtual spaces controlled by public schools.

May religious symbols be used as teaching aids in the classroom?

Yes. Religious symbols such as crosses, creches and menorahs may be used as teaching aids in the classroom provided that the symbols are displayed as examples of the cultural and religious heritage of the holiday, and are temporary in nature. However, teachers or schools cannot be required, including by parents, guardians, or third-parties, to use religious symbols in teaching about religious holidays.

May religious symbols be used as decorations?

No. Religious symbols are not permissible seasonal or permanent decorations.

What about symbols that have become secular?

The Supreme Court has held that a Christmas tree has become such a secular symbol of the winter holiday season that its display by a public entity does not violate the Establishment Clause. The Supreme Court has also found that a Hanukkah menorah is a symbol with both secular and religious meanings, and its display by a public entity other than a school within a predominantly secular holiday display does not offend the Establishment Clause. The Supreme Court has not addressed whether such a display is permissible in the public school context, but it has noted that a school's display of a Christmas treeand menorah could raise additional constitutional concerns. However, lower courts have not invalidated such displays and it is likely that they are permissible.

Setting aside the legal questions for a moment, teachers and school administrators should be extremely cautious in using these symbols as decorations. The classroom and school premises are the place where children spend the majority of their day. It is important that all students feel comfortable and accepted in their school. Symbols of religious holidays may make some students uncomfortable and unwelcome because their holidays and traditions are not represented or because they do not celebrate religious holidays at all.

May religious music, art, literature and drama be used in teaching about holidays?

Yes. Music, art, literature, and drama with religious themes may be included in teaching about holidays, provided that their overall effect is not to endorse religion and that they are presented in a religiously neutral, prudent and objective manner, and relate to sound, secular educational goals. Indeed, the study of religiously inspired material can, in the correct setting, be made a part of a secular educational program.

May school assemblies or special events include religious music or drama?

Yes. Religious music or drama may be included in school events that are part of a secular program of education. However, there is no requirement that religious music or drama be included at school events. The content of school special events, assemblies, concerts and programs must be primarily secular, objective and educational, and may not focus on any one religion or religious observance and may not appear to endorse religion over non-religion or one religion over another. Such events must not promote or denigrate any particular religion, serve as a religious celebration, or become a forum for religious devotion. Student participation should be voluntary. Thus, a school's choral group can sing songs that are religious in nature but may only do so if the song is part of a larger program of music which is secular.

May schools incorporate religious themes in a holiday assembly or winter concert?

The study of religious holidays may also include "more than mere classroom instruction." For instance, public performances or presentations of music, literature and art are permissible, as long as they are "presented objectively as part of a secular program of education." A permissible purpose for such a program may be advancing students' knowledge of society's cultural and religious heritage.

Religious music, literature, art or other religious activities should never dominate school activities. These activities are permissible only if they make up a small portion of a school-sponsored event. For instance, it may be permissible to have students act out a play which contains one scene where a family is shown opening presents on Christmas morning. However, school-sponsorship of a play about the birth of Jesus would be impermissible because such performances are inherently affirmations of a certain religious point of view.

School-sponsored activities should also focus on more than one religion and religious holiday. Depicting a diversity of beliefs and customs is important to teaching public school students about religion and culture. It also helps to ensure that public schools remain neutral and do not endorse, promote or denigrate any particular denomination or custom.

It is also important to provide students the opportunity to choose not to participate in activities they find offensive to their religious sensibilities. Importantly, a student's grades or school record must not be affected by a decision not to participate.

May students be excused from classes that teach about religious holidays if they have objections based on religious beliefs?

Yes. If the religious beliefs of students or their parents conflict with the content of classroom activity, students may be excused. However, in excusing a student, care should be taken to avoid stigmatizing or appearing to punish the student (for example, a student who is not permitted to take part in a holiday party should not be required to sit in the hall and do math problems).

Public schools should not close or reschedule activities solely because of conflicts between the school calendar and religious holidays. However, schools may consider closing when large numbers of student and teacher absences are anticipated. Schools should still take great care in creating their schedules. To avoid penalizing students for religious observance, school calendars should be prepared, to the greatest extent feasible, so as not to conflict with religious holidays of all faiths. A sincere attempt should be made to avoid scheduling graduation, assemblies, and other special school and student events on religious holidays. If conflicts occur, teachers and administrators should exercise sensitivity and flexibility in resolving them.

What are the responsibilities of the school toward a student who has taken an excused absence for a religious holiday?

A student should not suffer adverse or prejudicial consequences from an excused absence for religious observance and should be allowed a reasonable opportunity to make up the schoolwork missed due to the absence. Penalties to scholastic records may not be imposed upon students who are absent for religious holidays. Students should never feel pressured to choose between school attendance and religious observance.

Ms. Thomas, a fourth grade teacher, taught a holiday lesson in December which included a brief historical review of Christmas, a discussion of art memorializing the birth of Jesus Christ, and a study of Christmas carols in the designated music period. Ms. Thomas also told the class about Hanukkah, the Maccabee warriors and the menorah oil that lasted eight days, and passed around a dreidel to help the class understand the Jewish holiday. The parents of James Mitchell, a Muslim student in her class, complained to the principal that Ms. Thomas only included Christianity and Judaism in her holiday lesson, and ignored their child's faith completely.

Was the holiday lesson appropriate? What should the principal do to remedy the concerns of James Mitchell's parents?

An elementary school choir is performing a holiday concert in December which includes secular seasonal songs such as "Jingle Bells" and religious songs such as "Silent Night." Deborah Perry, a sixth grade member of the school choir, asks to be excused from singing at the concert since participation would violate her religious beliefs. Deborah's parents complain to school officials that the holiday concert is unconstitutional because it features religious songs.

How should school officials resolve this situation?

The school concert may constitutionally include some religious songs provided that the concert features mostly secular songs, and that the concert as a whole is primarily educational, secular, objective and nondenominational. However, Deborah Perry's participation should be voluntary, and therefore she should be excused from participation in the concert. Deborah's grade or school record should not be affected by her decision not to participate.