Facebook: The Platform of Choice for White Supremacist Prison Gangs 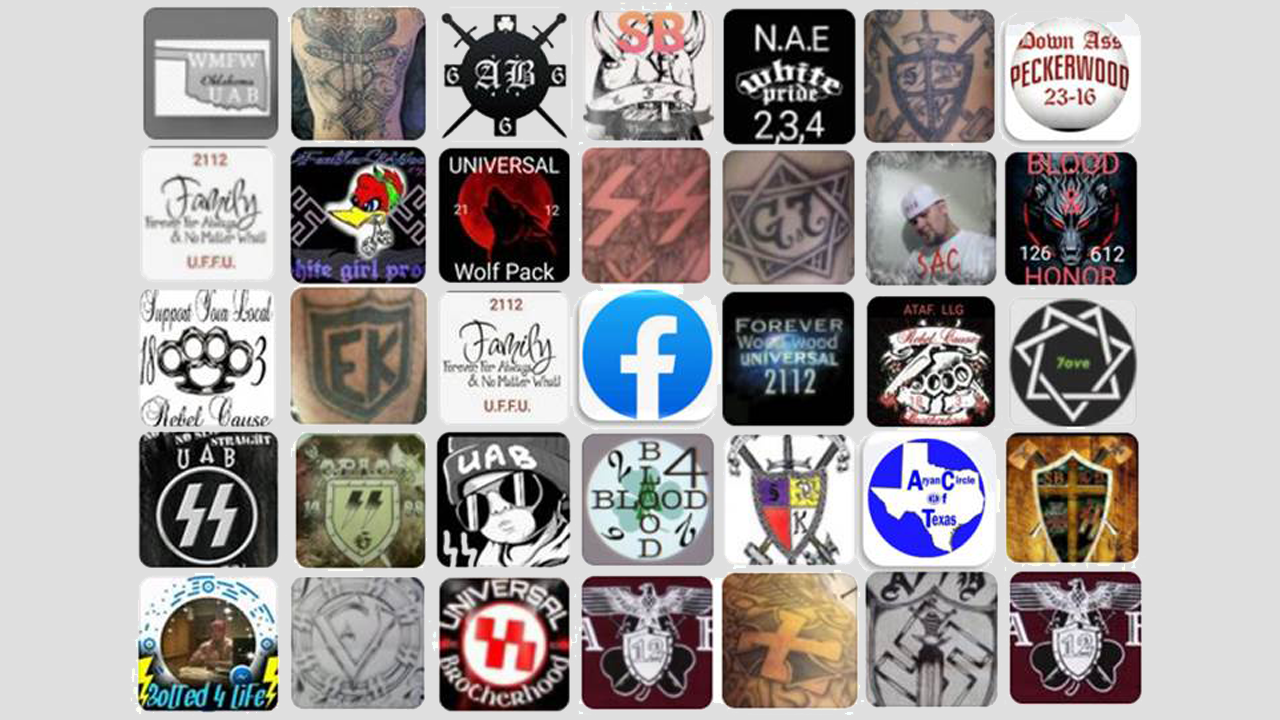 Despite Facebook’s efforts to moderate and remove extremist content, it remains the platform of choice for members of white supremacist prison gangs. An examination of gangs’ presence on the platform by ADL Center on Extremism (COE) researchers found that gang members use Facebook to network with fellow gang members as well as members of other gangs.

These expansive “friend” networks are formed without using Facebook’s group feature. Gang members instead use other available Facebook features to promote their gangs, signal their gang affiliation and share their white supremacist viewpoints, including gang symbols, acronyms and images in their profile picture, “intros” and screen names. 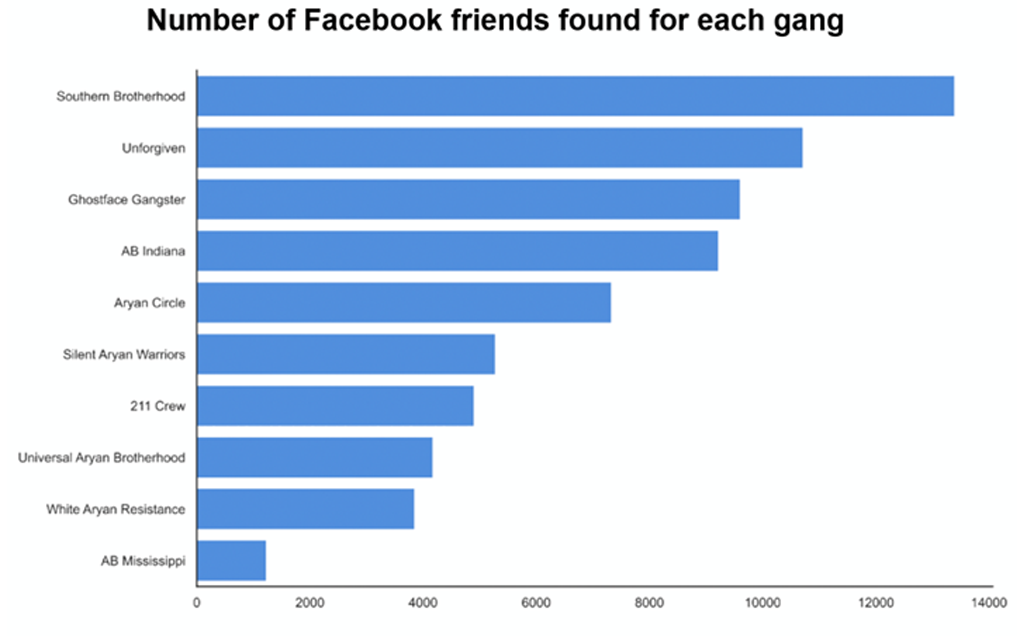 The next image (below) illustrates the study’s resulting social network graph of the gang members’ friendship networks using the ForceAtlas2 algorithm. In the network graph, each node denotes a Facebook user (either a gang member or someone who is friends with them) while each edge (lines connecting nodes) shows a Facebook friendship connection.

The nodes and edges in the graph are denoted by a distinct color for each gang. Facebook users who are friends with gang members but not identified as members themselves are denoted as black nodes. Node size indicates degree centrality, which is a social network analysis metric that is calculated by simply counting the number of connections held by each node. This means the more connected a Facebook user is in this network analysis, the larger their node appears in the graph.

Given the project’s full dataset had more than 65,000 edges (Facebook friendship connections) and 55,000 nodes (Facebook users), the initial network graph was quite dense. To declutter the network and remove incidental friends from the graph, the data set was filtered to include only the users with five or more connections to a known gang member.

The resulting graph below displays 496 nodes, which equates to 0.89% of visible nodes in the network, and 2,656 edges, which equates to 4.02% of visible connections in the network. The location of the nodes in the graph are assigned based on their connections. The connections of nodes towards the center of the graph have deeper ties to the broader network (connections to multiple gangs) whereas nodes on the periphery are more likely to be connected to members of a single gang. 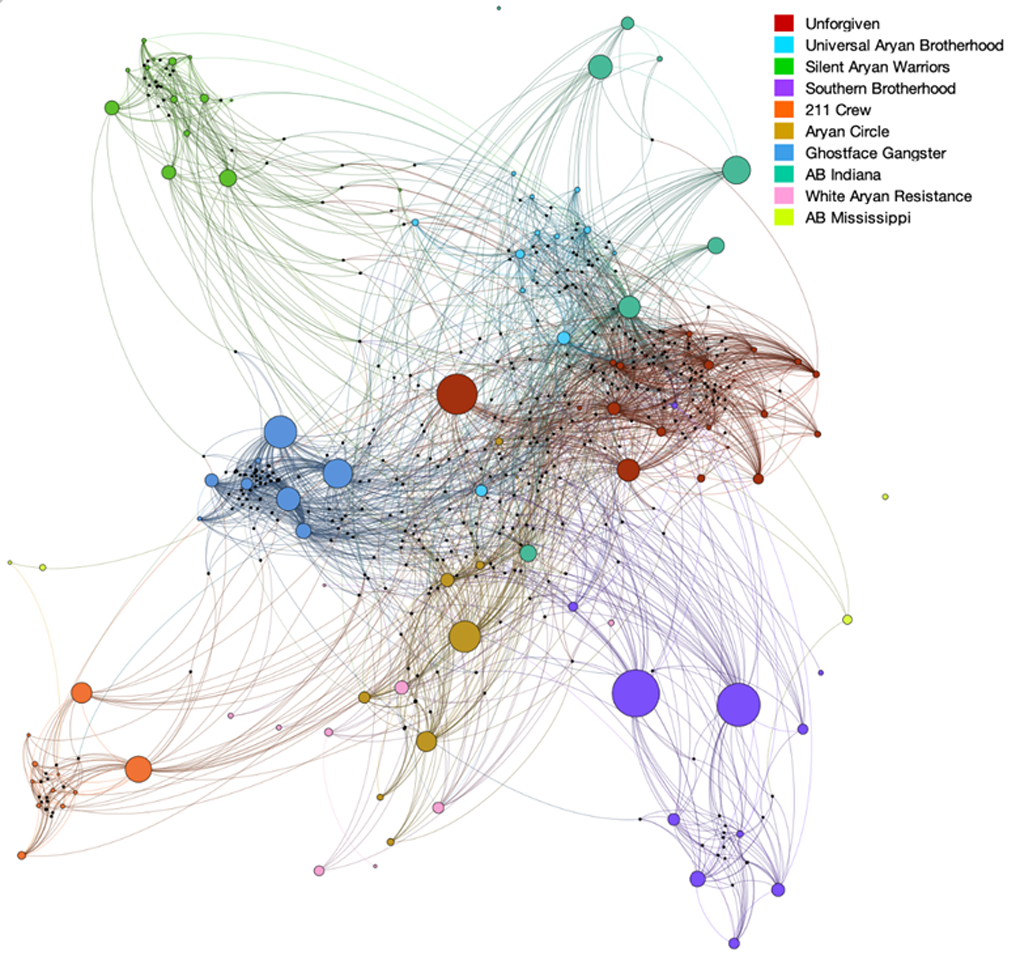 This social network analysis reveals how Facebook allows gang members to network freely on their platform. The average of degree centrality within this network is 10.722, meaning gang members and their Facebook friends are connected to ten gang members, on average. This is a strong indication of a well-connected network.

The “average distance” is a metric which defines the average number of connections needed to connect any two people in a network[1]. According to Meta Research, the average distance of Facebook friendship networks is 4.57. This study found that white supremacist prison gang members are much more connected on Facebook than the general population, with an average distance of 2.93. This means a user in this network would need fewer than two introductions (or intermediaries) to reach a gang member, on average. Finally, the prison gang network diameter, which measures the longest possible distance between any two users within the network, is six. This suggests that five introductions are all that is needed to connect the least connected user to a known gang member.

Notably, the analysis also showed that Facebook gang networks are present not only within each individual gang but also extend across gangs, creating direct connections between members of different gangs or indirect connections via their mutual friends. For example, one of the “shared” friends in the gang network analysis was found to be Facebook friends with 15 gang members from six different gangs.

The widespread use of gang references on Facebook makes it easy for gang members to connect and reconnect with each other as they move in and out of the prison system, allowing them to share phone numbers and ask their Facebook friends to call them or to inquire if they are out of prison yet.

The very distinct subculture of white supremacist prison gangs permeates these Facebook “friend” networks. Strong emphasis is placed on gang loyalty and pride, with particular attention paid to concepts such as trust, honor, loyalty, brotherhood, respect and love. Gang members often show their gang affiliation in their profile image by including a photo or graphic of their gang’s name, “patch” or hand sign. They also often make gang references in their screen names, Facebook “intros” and customized URLs. 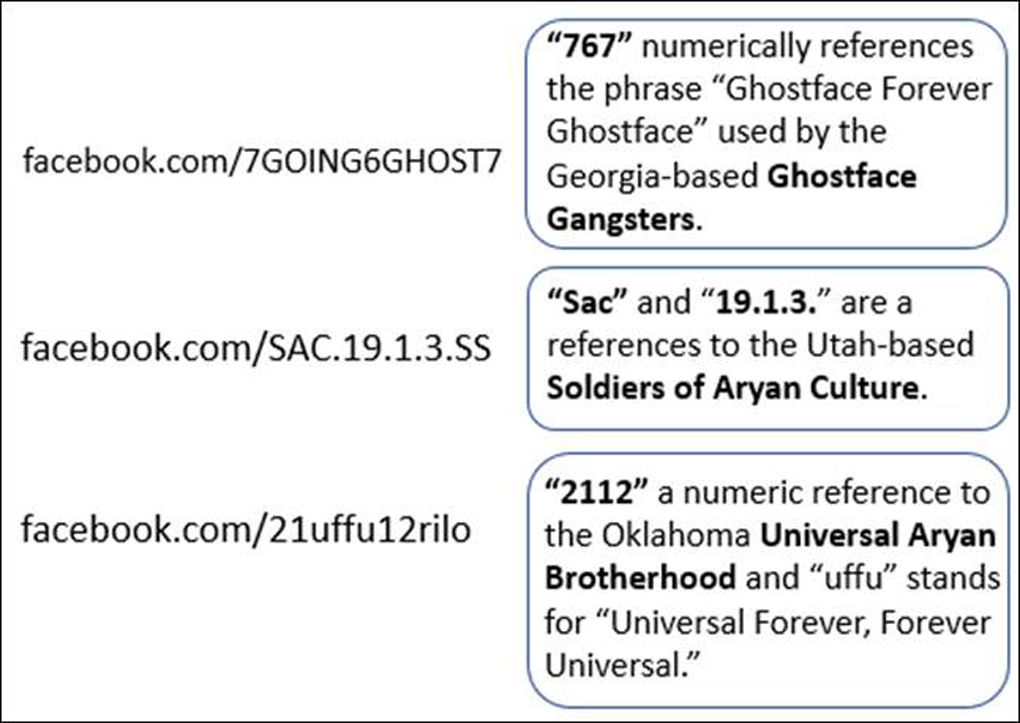 Facebook discussions between gang members accompanied by images of gang gatherings demonstrates that these Facebook networks can and do result in on-the-ground connections and activity. 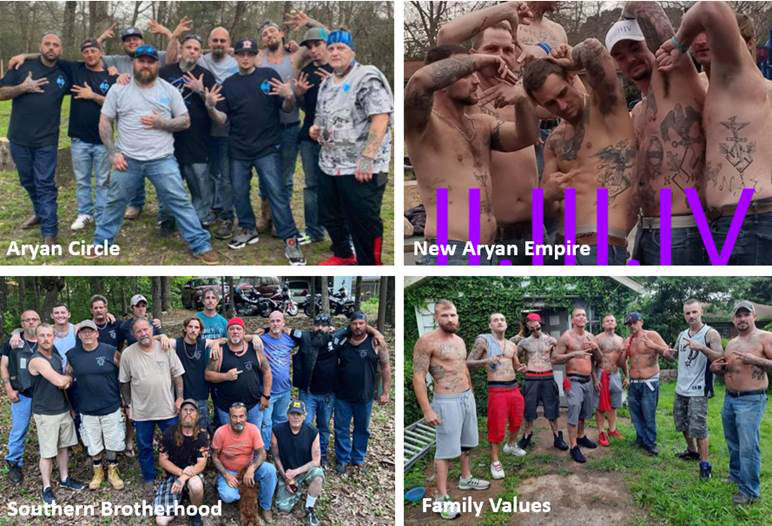 [1] Ulrik Brandes, A Faster Algorithm for Betweenness Centrality, in Journal of Mathematical Sociology 25(2):163-