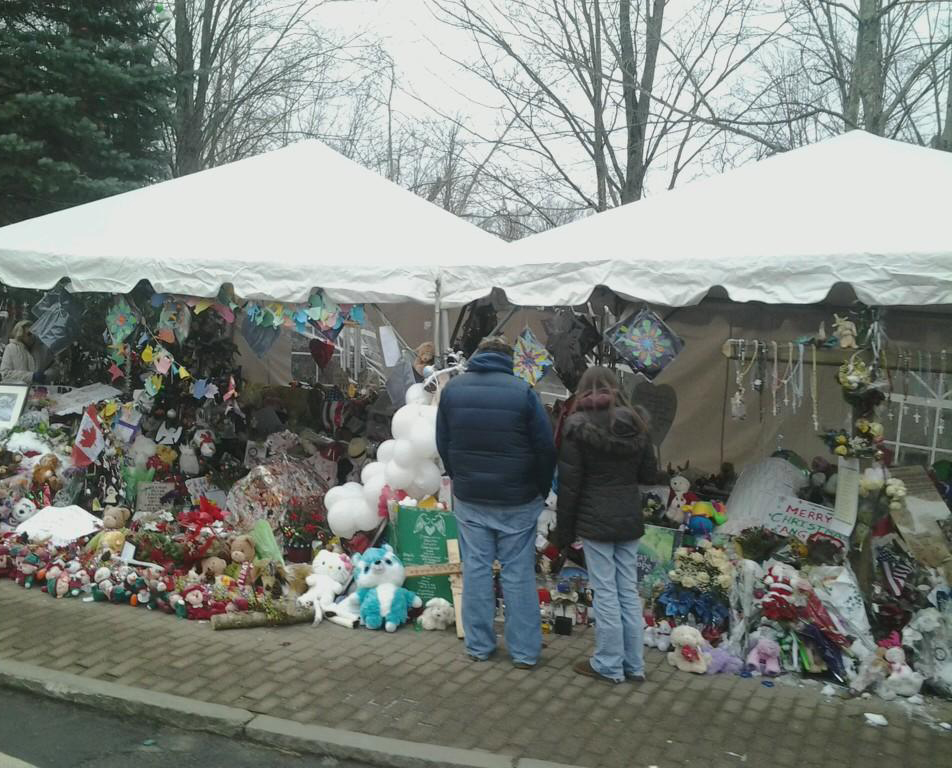 Talking with Children about Gun Violence

The issue of gun violence and mass shootings is in the news frequently. Young people are usually aware of what is happening and will want to talk about it. However, it is a sensitive, scary, and potentially painful topic. Before raising the matter with young people, consider your child’s personality. To what extent will the conversation ease your child's fears or add to it? How does that influence what you say and how you say it?

For some young people, it is more effective to be proactive and raise the topic without their prompting. For others, following their lead and their questions is a better approach. When you discuss this topic with young people, here are some things to keep in mind:

On May 24, 2022, a gunman, armed with multiple weapons and wearing body armor, entered Robb Elementary School in Uvalde, Texas and killed 19 children and two teachers. He also shot his grandmother before crashing a vehicle near the school. The accused gunman is identified as Salvador Ramos; he was an 18-year-old who attended a nearby high school. He was shot by a police officer called to the shooting. The shooting at Robb Elementary is the second-deadliest shooting at an elementary, middle or high school on record in the U.S.

Just ten days earlier on May 14, 2022, a white supremacist extremist gunman entered the Tops grocery store in a largely Black neighborhood in Buffalo, New York and shot thirteen people, killing ten and injuring at least three others. Almost all of the victims are Black. The gunman was identified by law enforcement as eighteen-year-old Payton Gendron, who allegedly drove more than 200 miles to engage in this attack, one of the deadliest racist massacres in recent U.S history. He was armed with an assault weapon and wore body armor. An anti-Black racial slur can be seen on his gun, which was captured on video by his live streaming of the attack. The accused gunman, identified as 18-year-old Payton S. Gendron, was taken into custody and charged with first-degree murder.

On November 30, 2021, a fifteen-year-old high school student brought a semi-automatic handgun to his high school, Oxford High School in Oxford Township, MI, and opened fire on other students, killing four students and injuring seven other people, including one teacher. The suspected shooter was charged as an adult with two dozen crimes, including murder, attempted murder and terrorism causing death. The county prosecutor charged the parents of the accused teenager with four counts of involuntary manslaughter, saying they failed to intervene to prevent the tragedy and allowed their son to have access to the gun he used during the shooting.

Eight People in Atlanta area shot, most of whom were Asian women

On March 16, 2021, a gunman went on a shooting rampage at three spas in the Atlanta, GA area, killing eight people, six of whom were Asian women. The alleged shooter was charged with eight counts of murder in connection with the attacks. The murder took place amid an alarming spike in anti-Asian incidents, harassment, attacks and violence.

On August 3, 2019, an active shooter opened fire at a Walmart store in a shopping center in El Paso, Texas. Twenty-two people were killed, and dozens were injured. This shooting is considered one of the deadliest in the history of Texas. Law enforcement confirmed the shooter wrote a four-page manifesto that embraces white supremacist and anti-immigrant views. Police disclosed that the suspect admitted he was targeting Mexican people.

Less than 24 hours after the El Paso murder, another deadly shooting took place outside a bar in Dayton, Ohio. At least nine people were killed and sixteen people were injured. The alleged gunman was shot dead by the police.

On October 27, 2018, a gunman, identified as Robert Bowers, armed with an assault rifle and several handguns, entered the Tree of Life synagogue in Pittsburgh, PA and yelled, “All Jews Must Die” as he opened fire. Described as the deadliest attack against the Jewish community in the U.S., eleven congregants were killed; four police officers and two others were wounded.

On February 14, 2018, seventeen people--including students and adults—were killed in a shooting at Marjory Stoneman Douglas High School in Parkland, Florida. The gunman, Nikolas Cruz, was a nineteen-year-old former student of the school. Authorities reported that he was armed with a semiautomatic assault rifle and countless magazines. People were killed both inside and outside the school. The Parkland shooting is among the ten deadliest mass shootings in modern U.S. history.

In recent years, there have been a variety of mass shootings. On October 1, 2017, a gunman at a Las Vegas hotel fired a barrage of gunfire into a crowd of concertgoers at the Route 91 Harvest Festival, resulting in the killing of 59 people and injuring hundreds of others.

On June 12, 2016, a gunman named Omar Mateen, an American-born man, pledged his allegiance to ISIS. He then went into a gay nightclub in Orlando, FL and shot and killed 49 people and injured 53 others.

On December 2, 2015, two assailants opened fire at a center for people with disabilities in San Bernadino, California; 14 people were killed and 21 others were wounded.

That deadly mass shooting came on the heels of another tragic event on November 27, 2015, in which Robert Lewis Dear embarked upon a deadly shooting spree at a Planned Parenthood clinic. Two people and a police officer were killed and nine others were wounded.

On October 1, 2015, a mass shooting at Umpqua Community College in Oregon left nine students dead and another nine injured. The gunman, Christopher Harper-Mercer, killed himself after an exchange of gunfire with the police.

What can be done about gun violence?

Mass shootings often raise a lot of feelings that range from sadness and heartbreak to anger and frustration. They also usually lead to a public conversation about gun laws and what our government can and should do. In 2012 after the mass shooting of twenty young children and six adults at Sandy Hook Elementary School in Newtown, CT, President Obama proposed legislation to overhaul gun laws. The proposals included universal background checks, new and expanded assault weapon and high-capacity magazine bans and other measures to prevent mass shootings. Several months later, it failed to pass the Senate.

What are mass shootings?

Understanding mass shootings, typically defined as the murder of four or more people, school shootings and other gun-related deaths, is complex. According to a Congressional  Research Service in 2013, there had been 78 mass murders carried out with guns during the thirty-year period of 1982-2012. Because there is not one standard way to tally the number of mass school shootings, in the period between 2000 and 2013, the FBI identified 160 active shooter incidents, where one or more shooters were actively engaged in killing or attempted killing in a confined and populated location. It used this definition to describe instances like Sandy Hook or the Virginia Tech shooting in 2007. Since 2011, the rate of mass shootings has tripled.

Defenders of gun rights say that proposed gun regulations violate the Second Amendment. The second amendment states: “A well-regulated Militia, being necessary to the security of a free State, the right of the people to keep and bear Arms, shall not be infringed.”  After the Newtown shooting, the president of the National Rifle Association, (NRA) a national nonprofit organization that advocates and lobbies for gun rights, spoke about the incident. He said, “The only thing that stops a bad guy with a gun is a good guy with a gun.” Indeed, many people believe that guns prevent crime from happening.

Gun violence in the U.S.

In addition to mass shootings, there are other relevant numbers about gun violence in the states. More than 32,000 people per year are killed by guns—which translates to approximately 88 gun deaths per day. Compared to peer nations, including Germany, England and Canada, people are much more likely to die from guns in the U.S. than in other countries.

According to the Pew Research Center's 2021 opinion poll on Americans and guns, almost half of Americans (48%) see gun violence as a very big problem in our country today. In addition, the percentage of the public who agree that we should:

When mass shootings occur, people frequently search for the reason and often mental illness is cited as the culprit. It is much more complicated than that; it is difficult to come up with one reason or risk factor. There are usually a multitude of reasons for these shootings including but not limited to: domestic terrorism, availability of guns, romanticism with violence and multiple risk factors operating simultaneously (e.g., depression, narcissism, alienation, lack of trust, poor coping skills, fascination with violence-filled entertainment, revenge fantasies, attempted suicide attempts in the past, etc.).