Halloween: When the Goblins, Ghosts and Stereotypes Come Out 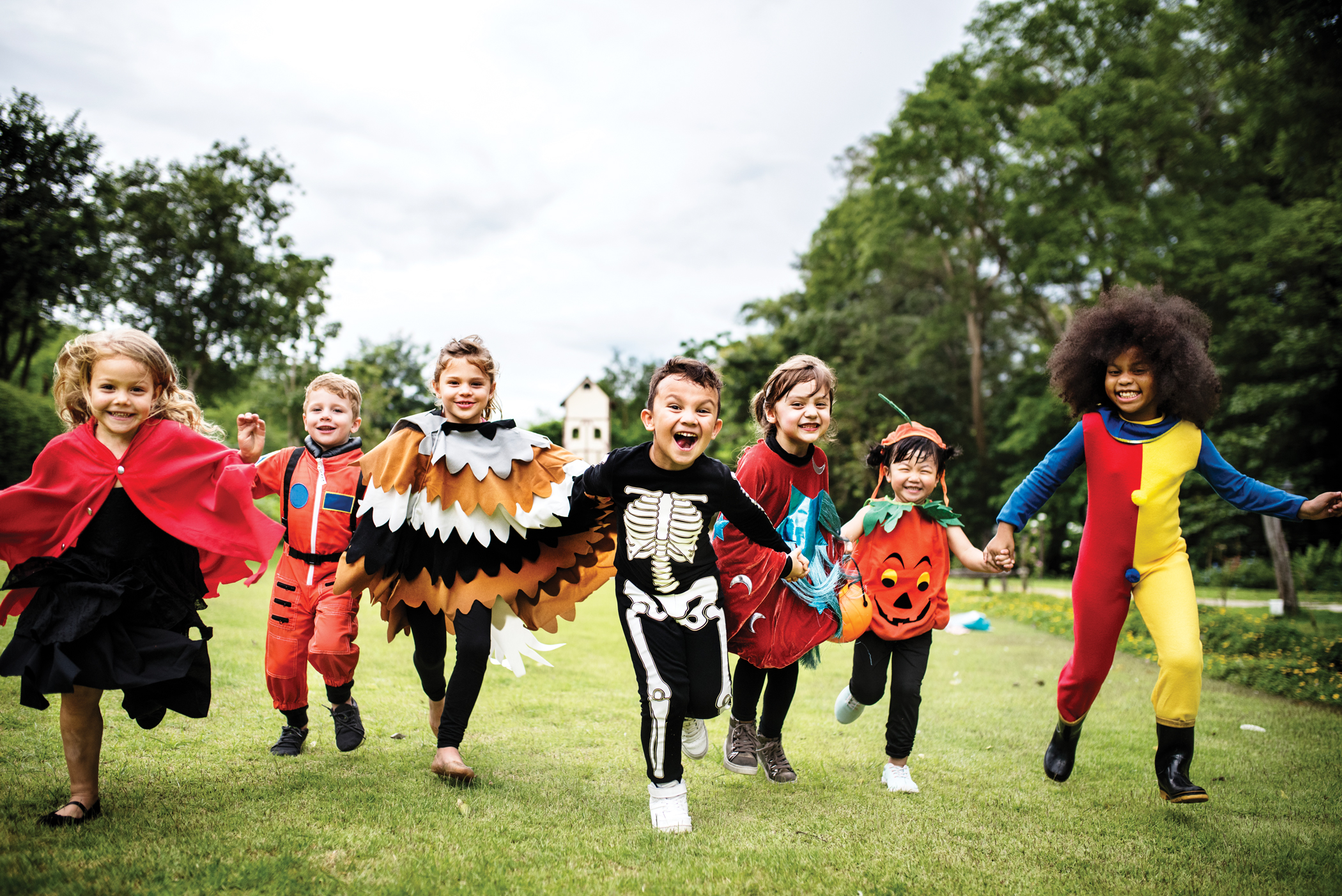 When autumn blows in, Halloween fun is close behind. And yet sometimes, it is the opposite of fun.

Parents sometimes cringe in anticipation of what their child’s costume will be. Teachers may worry about stereotyped costumes and playground taunts. College campuses gear up for the parties and resulting bias, conflict and controversy.

Halloween should be festive and exciting. When approached thoughtfully, the holiday can bring not just candy and costumes, but creativity, learning and community building. But to ensure that Halloween and other holidays are positive experiences for all, they need to be inclusive and respectful.

The following tips and guidelines can help teachers address potential issues like cultural appropriation, cultural stereotypes, and costumes that marginalize those who don’t conform to traditional gender norms.

Holidays that focus on “dress-up” can quickly fall into stereotypes. It’s important to establish an understanding within the school community that Halloween can be creative, fun and respectful. If students or adults wear costumes that convey stereotypes or demean cultural groups, be sure to address your concerns right away.

Before Halloween, be proactive by addressing these issues in advance and use it as an educational opportunity to discuss stereotypes, bias and cultural appropriation. Many children and families don’t realize that their costume choices are potentially hurtful or offensive. For example, a child who may be interested in Native American stories and history wants to dress up as a Native American person. Consider it an opportunity to talk with them about how Native American dress is not a costume.  Instead, it is an essential part of identity, unique to each different tribe with their own customs and ways of dress.

Help children understand that Halloween costumes are only fun or funny when they don’t hurt or make fun of other people or spread stereotypes. Other examples of “teachable moment” classroom discussions can include:

Dress-up can be an opportunity for children to “try-on” different personas and expand their horizons. Unfortunately, much of the marketing and messaging around Halloween costume options ends up narrowing these horizons and reinforces restrictive social norms around gender and sexual orientation. “Girl costumes” predominantly focus on dresses and being pretty, such as princesses or fairies. Even superhero costumes “for girls” include skirts, instead of the more practical pants for crime-fighting. Costumes marketed to older girls emphasize attractiveness and sexual appeal.

While costumes targeted to boys place heavy emphasis on superheroes and action figures, choices like these convey the message that boys should be scary and gruesome. Many children are attracted to traditional gendered costumes, think girls who love princesses or boys who are obsessed with action heroes. When that is the case, it is best not to reinforce that these are the only appropriate options available. Engage in conversations with young people about gender stereotypes and discuss messages that companies send through marketing and advertising.

Many Halloween costumes perpetuate gender stereotypes and exclude those who don’t conform to traditional gender norms, especially those who are transgender, non-binary or gender non-conforming. Be mindful that you may have students who feel excluded and marginalized by the overly gendered way Halloween costumes are marketed.

Encourage self-expression, while making sure that children who venture outside of gender norms for Halloween are accepted, respected and not teased. Before a Halloween event, you might say something like, “It’s really fun to dress up and pretend. At our school, there aren’t boy’s and girl’s costumes.”

Not all students in your class may celebrate Halloween because of their religious or personal beliefs. Try to learn about students’ practices before introducing Halloween topics. Provide students the opportunity to choose not to participate in ways that don’t feel like they are being marginalized. You also may choose not to engage in Halloween festivities at school and focus on fall events and decorations instead.

Include all young people

Be aware of the socioeconomic implications of celebrating holidays. Be mindful that not all children have the financial resources to bring elaborate decorations, buy gifts or wear store-bought costumes. Consider how you can structure holidays so that all students can participate in the classroom without the need to spend money.