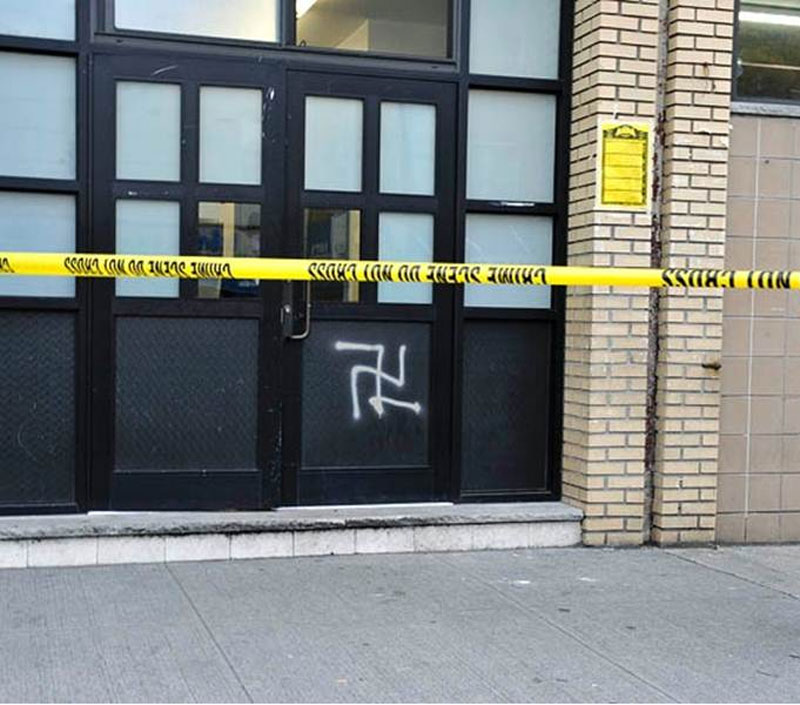 We see symbols every day in all aspects of our lives. Symbols are used to convey ideas, qualities, emotions, material objects/products, opinions and beliefs. Unfortunately, symbols are also used to convey hate and bias. Lately, we have seen a lot of hate symbol graffiti in public spaces and specifically the swastika, which in most circumstances is understood as an expression of antisemitism. There has reportedly been an increase in antisemitic incidents, including the display of swastikas on school and college campuses, sidewalks, places of worship, online, on doors, buildings, dorm rooms, buses, school and public bathrooms, vehicles and other places. The proliferation of other hate symbols is also of increasing concern.

The swastika has served as the most significant and notorious of hate symbols about antisemitism and white supremacy for most of the world outside of Asia. White supremacy encompasses many forms of hate including antisemitism, racism, anti-Muslim, anti-LGBTQ, etc.

Here are some recent examples of swastikas in schools:

A recent news story illustrates ways that individual people can make a difference. In February 2017, a group of New York City commuters banded together to clean up a subway car that was defaced with antisemitic graffiti and Nazi symbols. Upon seeing the swastikas and other graffiti on windows, doors and advertisements, the group of passengers used hand sanitizer to wipe it all off.

To learn more about the origin and current use of hate symbols, see ADL’s Hate on Display: Hate Symbols Database. If your child is interested in learning more about hate symbols, be careful and only allow them to visit websites that you monitor or are familiar with. Be mindful that your child doesn’t inadvertently visit hate group websites.