Nice, France and Our Response to Terrorist Attacks 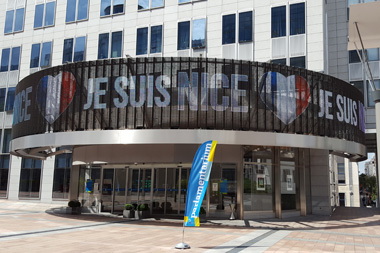 For Educators | For Parents, Families, and Caregivers | 13 and up

On July 14, 2016, during Bastille Day celebrations in Nice, France, Mohamed Lahouaiej Bouhlel, an armed 31 year-old French-Tunisian man who lived in Nice, drove a nineteen-ton refrigerator truck at high speed into a crowd of people, killing 84 people and injuring at least 303 more, including many young children. Police eventually killed the driver. This attack is the third major one among a series of others in France over the last 19 months. Two days later, ISIS claimed responsibility, stating that the attacker was a “soldier of the Islamic state.” Although Bouhlel appears to have been radicalized and influenced to some degree by ISIS propaganda, he also had a personal history of violence, alcoholism and schizophrenia. No evidence has yet emerged indicating his primary motivation.

In addition to this latest attack, so far in 2016 there have been terrorist attacks planned or inspired by ISIS in Iraq, Turkey, Libya, Syria, Pakistan, Brussels and the United States.

Similar to what took place in the aftermath of the November 2015 terror attack in Paris, there is a great deal of grieving, sadness and efforts to show compassion and empathy. At the same time, what often happens after these horrific incidents is that as a society, we look for ways to assign blame. Since ISIS promotes extremist interpretations of Islam, sometimes people choose to scapegoat Muslim people and Islam. This time around, there have been suggestions by mainstream politicians to deport all Muslims in the U.S. who believe in “shariah.” One politician even suggested that U.S. intelligence agencies “surveil the Muslim communities, watch them more carefully,” given what happened in Nice.

It is very likely that young people—especially teenagers who have access to the Internet and social media—know about the recent incident and are reading information in their feeds. However, they are not necessarily talking about it or understanding the situation or background in its complexity. We strongly encourage parents, educators and those who work with young people to talk about it with them. In doing so, thoughtfully consider the age, needs, challenges and individual personalities of the young people in deciding how to approach the conversation. Think about what would make them feel safe, especially given some of these scary or unfamiliar topics. In conversations with young people, it is also important to discourage stereotyping the perpetrators of these incidents or falling prey to scapegoating and anti-Muslim bigotry and bias. Consult our Empowering Young People in the Aftermath of Hate for more suggestions, guidelines and resources.

(The "Related to this Resource" and Extremism, Terrorism & Bigotry provide information that address these questions.)