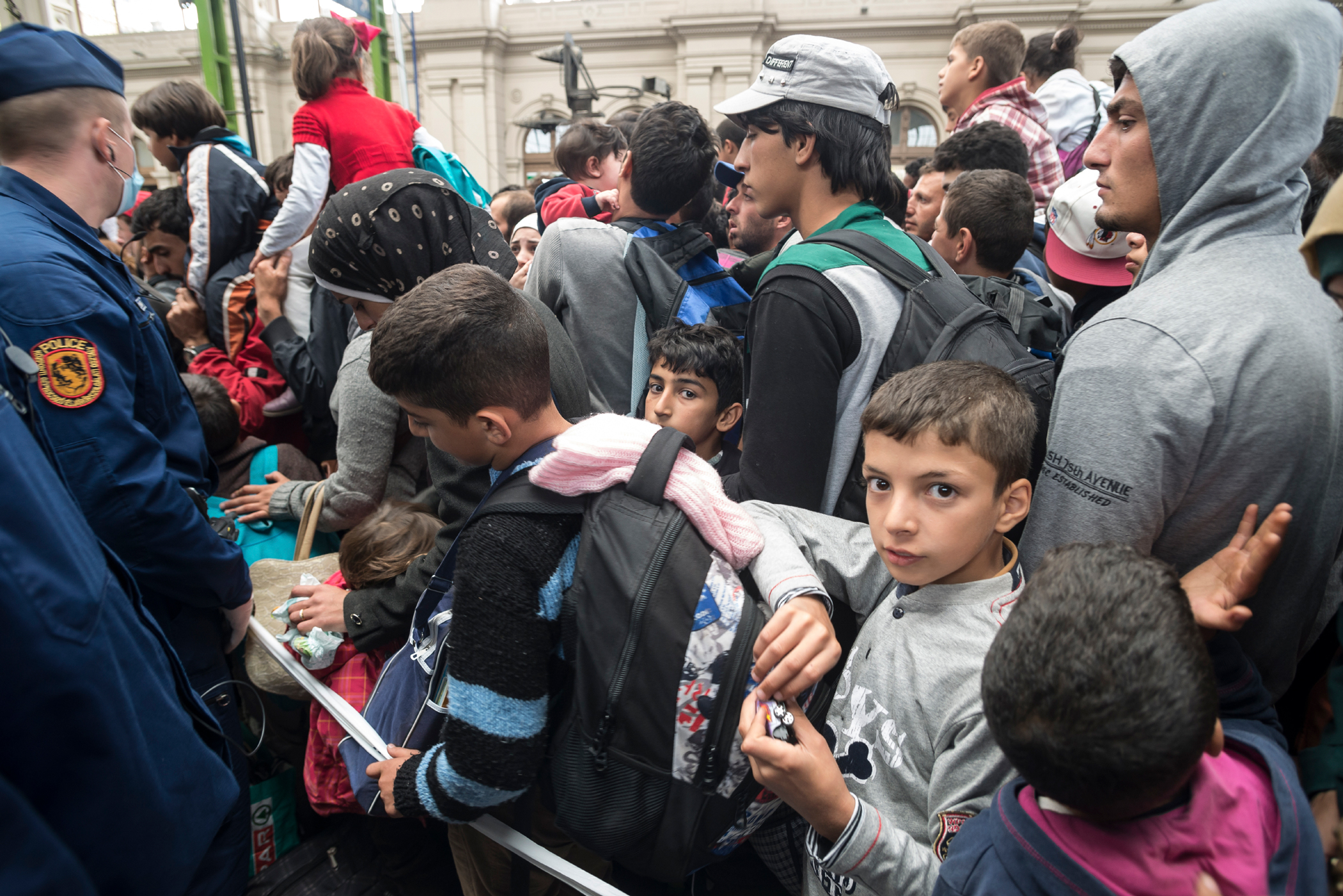 Refugees standing up and waiting to take a train to Vienna in the Keleti train station with the supervision of hungarian police.

Refugees from Syria have been leaving their homes in search of safety and assistance since the country’s civil war began in 2011. The refugees have been fleeing civil war, persecution and poverty—traveling at great lengths and great risk to survive. As of September 2015, it is estimated that over 200,000 Syrians have been killed, 7.6 million people have been internally displaced within the country and another 4.1 million have dispersed across the Middle East.

Hundreds of thousands have also made their way to Europe, often through a dangerous boat trip on the Mediterranean from Turkey to Greece, which has resulted in thousands of deaths. Further, people fleeing other parts of the Middle East and Africa due to instability and poverty have added to the large number of refugeess. Referred to as the “largest refugee crisis in Europe since World War II,” this catastrophe made international headlines recently when a photograph of a drowned three-year old Syrian boy went viral. The image of Aylan Kurdi’s dead body on the shores of Turkey seems to have awakened our collective sense of urgency.

In response, the recent arrival of refugees into Europe, some countries have accepted or agreed to take in refugees and some have not. The United States provides humanitarian assistance and recently agreed to take in more refugees (100,000 by 2017) but many believe more should be done.