School Discipline and the School-to-Prison Pipeline 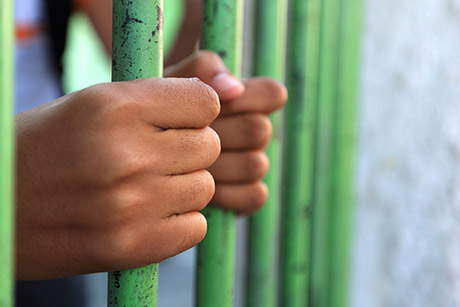 What is the School-to-Prison Pipeline?

Fulfilling the Promise of Brown: School Discipline, Education Equity and the Achievement Gap

A recent video of a rough takedown and arrest, in which a police officer (“School Resource Officer”) in a South Carolina school flips over a high school student and her desk, has brought the “School-to-Prison Pipeline” topic into the headlines.

Behavior that once led to a trip to the principal’s office and a detention, such as school uniform violations, profanity, and “talking back,” now often leads to suspension, expulsion, and/or arrest. Largely as a result of “zero tolerance” policies that mandate harsh punishments for even minor misbehavior in schools, 3.3 million children are suspended or expelled from school each year, about double the rate of the 1970s. In addition, schools have increasingly become dependent on school-based police officers, commonly known as School Resource Officers (SROs), to act as disciplinarians. In 2009, about 68% of students reported the presence of security guards and/or police officers in school, whereas in 1975 only 1% of principals reported police presence in their schools.

Harsh school discipline policies disproportionately impact students of color, students with disabilities, and students who identify as lesbian, gay, bisexual, transgender or queer/questioning (LGBTQ). Data from the Department of Education’s Office for Civil Rights shows that black students are suspended and expelled at a rate three times greater than their white peers and black girls are six times as likely to be suspended as white girls. Studies have found little difference in students’ behavior across racial lines to account for the disproportionality; African American students tend to receive harsher punishment for less serious behavior, and are more often punished for subjective offenses, such as “loitering” or “disrespect.” Similarly, students with disabilities are more than twice as likely to receive out-of-school suspensions as students with no disabilities and LGBTQ youth are much more likely than their heterosexual peers to be suspended or expelled.

In 2014, the U.S. Department of Justice and the U.S. Department of Education jointly issued guidance for schools to assist them in implementing student discipline without discriminating on the basis of race, color or national origin.  The guidance urges schools to conduct training for all school staff that includes alternatives to “zero tolerance” and harsh discipline policies. The guidance also encourages schools to do trainings that improve staff awareness of “their implicit or unconscious biases and the harms associated with using or failing to counter racial and ethnic stereotypes.”

We define the School-to-Prison Pipeline as follows:

A set of policies and procedures that drive our nation’s schoolchildren into a pathway that begins in school and ends in the criminal justice system. Zero tolerance and other harsh discipline policies that often impose suspensions, expulsions and arrests increase the likelihood that students will drop out of school. Students who drop out of school, in turn, are much more likely to go to jail or prison later in life. Studies show that students of color, students with disabilities, and LGBTQ students are more likely to be suspended, expelled or arrested in school than their peers, even though evidence shows that there is no difference in students’ behavior to explain the different treatment.