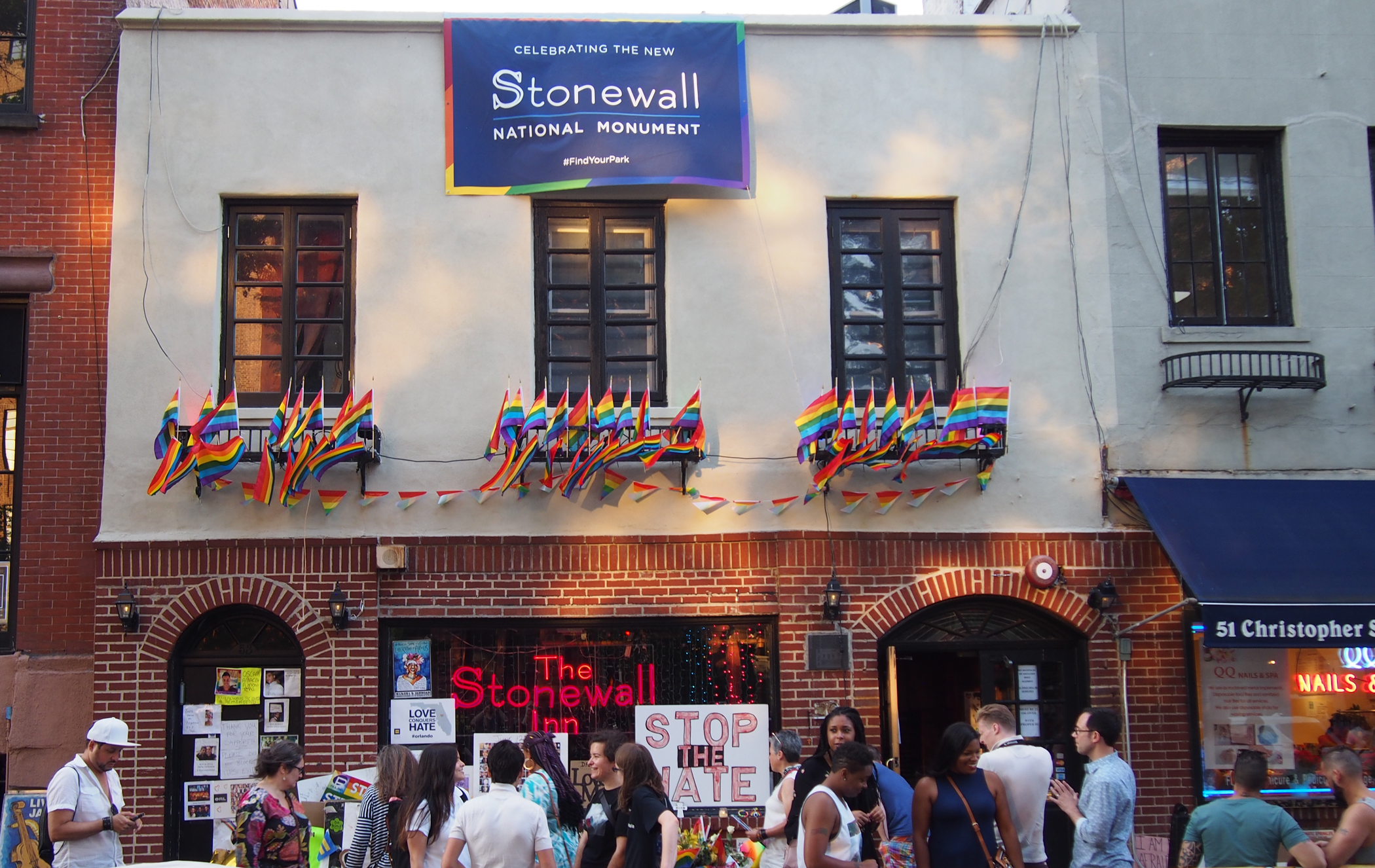 In June 2019, we commemorate the 50th anniversary of the Stonewall uprising, which took place on June 28, 1969 and is viewed by many as sparking the movement for LGBTQ rights in the U.S.

The Stonewall uprising, also sometimes referred to as the Stonewall riots, began in the early morning hours of June 28, 1969 at the Stonewall Inn, a gay bar in New York City. As was typical during that time, police officers entered the bar and arrested employees for selling alcohol without a liquor license, roughed up many customers, cleared the bar and arrested several customers for not wearing at least three articles of “gender-appropriate” clothing (which was a New York criminal law at that time).

When raids like these happened in the past, customers would typically leave the premises. However, the LGBTQ community’s anger this time was strong and resolute as they watched customers being taken away in a police van. They began to taunt the police, throwing bottles and debris and as a result, the police officers called in reinforcements. What happened next was a spontaneous, violent demonstration that spawned additional demonstrations over several days by the LGBTQ community—both customers and neighbors.

Prior to and during the 1960’s, our country was a hostile place for LGBTQ people. For that reason, they congregated at gay bars and clubs where they could socialize and express themselves openly. These bars were continually shut down by the police, because the mere gathering of gay people constituted “disorderly” behavior. In the 1960’s, many of these regulations were overturned, but certain behaviors like holding hands, kissing, or dancing with someone of the same sex were still illegal, so police harassment in gay bars continued. In addition to raids and beatings, police sometimes used entrapment by pretending to be a gay man searching for a partner in order to make arrests.

Many people view Stonewall as the beginning of the LGBTQ rights movement, and it was also seen as a symbol of resistance to social and political discrimination against the LGBTQ community. Though activism around LGBTQ rights existed in various ways prior to 1969, the Stonewall uprising mobilized the LGBTQ community towards increased organizing and as a result, several LGBTQ rights organizations were established. Also, LGBTQ rights groups were inspired by other activist movements of the 1960’s, including the Civil Rights and anti-war movements.

Here are some quotes from people and activists who were there:

Since Stonewall, there has been significant progress for LGBTQ equity including the recognition of same-sex marriage as a constitutional right nationwide, the establishment of many community LGBTQ rights national organizations and the passage of the Matthew Shepard and James Byrd Jr. Hate Crimes Prevention Act  protecting LGBTQ people from hate-based violence (in some states). However, there still remains much work to be done to ensure equity for the LGBTQ community in the areas of hate crimes, employment and housing discrimination, healthcare, bullying and harassment, representation, public accommodations, etc.