Telling An Adult Isn't So Easy 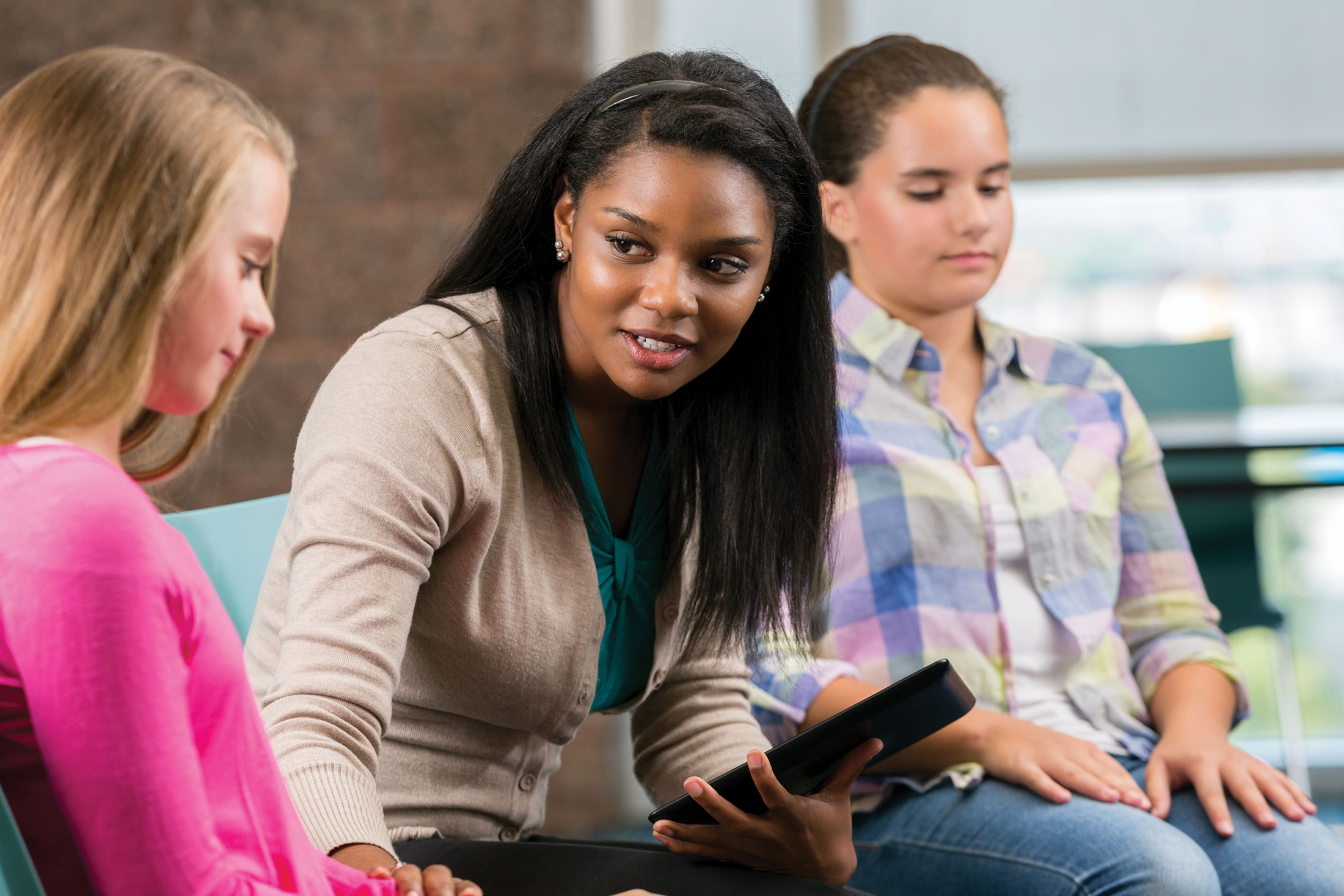 In schools, we encourage young people to report when they see a classmate break a rule. “If you see something, say something” is our constant advice. This could include observing a peer make a racist or sexist remark about someone, physical aggression and bullying, cheating or bringing contraband (e.g., Juuls or other drugs) to school.

Yet, there is tremendous pressure on students not to report problems. This leads to reluctance to report, which is made worse by the way adults tend to talk about reporting as an easy decision for young people to make.

We must acknowledge the dynamics that make reporting so challenging.

If we don’t understand context, then we won’t be able to effectively address and discipline the rule breaker or protect the child who came forward.

And it’s just a reality that some students are better at breaking rules and getting away with it than others.

So let’s take a step back and look for patterns in order to understand context.

In schools, there are always parallel justice systems operating: the school’s and the students’. The school’s “justice” system usually entails taking a report, deciding to what extent the report is credible and then, to varying degrees, imposing consequences on the student who broke the rule.

Meanwhile, there is a different but often more socially powerful justice system among the students. This system is based on group norms among young people and a set of specific “rules” about when a student is right or justified in reporting a problem to adults.

Then, the dominoes of public opinion go into motion. First, when students find out that one of their peers reported on another student, someone is going to put time and energy into discovering who “snitched.” Shortly thereafter most of the other students know who is in trouble. And a while after that, a general consensus—typically spread online—is developed about whether the reporter is “in the right.” Rumors, misinformation and gossip spread about who is right and who is wrong.

How do students assess if the student who reported made the right decision?

Did the person who committed the original act hurt others?

If the person hurts others, it’s easier for public opinion to decide that reporting was the right course of action. Bullying, bias and other forms of extreme social aggression more easily fall into this category. But there are a few details that make this more complicated in the students’ minds.

If the students know that the conflict “went both ways” or the reporter was directly involved in the “drama,” the reporter will lose credibility among their peers. In addition, the social status of the person who got caught and the likeability of the reporter often guide the students’ decisions, often without them even realizing it. In addition, students often have an unspoken benchmark of what is considered reportable and what isn’t. For example, what’s the level of “meanness” that must be reached for a student to justify reporting, instead of handling it on their own? Does intent matter? Does the person reporting need to be convinced that the actions were intentionally hurtful? Because most teens I know believe intent does matter, they think reporting should be limited to the knowledge that the person knew the impact of their actions on the person they hurt and deliberately did it anyway.

As adult facilitators, our job is to break down some of these norms. If someone is being hurt, it is the adult’s job to help determine intent. But in the meantime, the hurtful behavior has to stop. And the takeaway here is just because it’s common doesn’t make it right.

Did the young person’s action hurt themselves?

Teens aren’t just reporting about another student’s negative social behavior. They are also reporting when they know a peer is doing something dangerous or illegal. From an adult perspective, the decision is clear: the student is making unhealthy decisions and needs help. But it’s not often that clear-cut to students because they are weighing other factors. For example, is the student hurting themselves in similar ways to their peers so the behavior looks “normal” (i.e., not reportable)? What if they see that person on social media shortly thereafter looking fine? Most young people, like all of us, are looking for ways to downplay the problem because reporting can be so tricky. They ask themselves, “What if I’m wrong? What if I’m overreacting? What if I report and the adults in charge handle it badly? What if I become labeled a snitch?” These are all understandable questions that can be addressed in advisory sessions or other classes where these issues are typically discussed.

While the school may impose consequences and hopefully effectively address the problem, when the incident becomes public, students also pass judgment on the “politics” behind the decision. They come to their own “verdict” and it’s usually either social affirmation or exclusion. Whoever is perceived to be in the right is more likely to be visibly supported by their peers. Whoever is wrong can be socially isolated and excluded.

What do we do?

We have to admit that this is messy. All of it. People have different standards about what bothers them and everyone has the right to their feelings; if they don’t feel safe or believe someone else isn’t, that’s how they feel no matter what others think. Every situation is different so students need the opportunity to talk about the complexity of these situations so they are more prepared when they face a problem of their own.

My teen editors and I came up with a hypothetical situation to discuss with your students so you can ask them what they would do if faced with this scenario:

A couple of times you have seen this kid slap the legs of this other kid when he walks by. You don’t know either of them that well but you can see that the kid getting slapped hates it. What if there is a teacher in the hallway but they don’t do anything about it and you’re not sure why? Who do you tell? Do you include the teacher who usually witnesses what is happening? Why or why not?

At the end of the discussion, it is important that the teacher or facilitator acknowledge how confusing and complex reporting can be. From a student’s point of view, it is understandable to not want to report. On the other hand, if students don’t report, the adults in school can’t help. These conversations are a way for students to decide for themselves what their personal reporting criteria are. When faced with a similar situation, they are more prepared and can make better decisions they can be proud of and that will ultimately make the school and all the students in it safer.