What is Critical Race Theory and Why Is it in the News So Much? 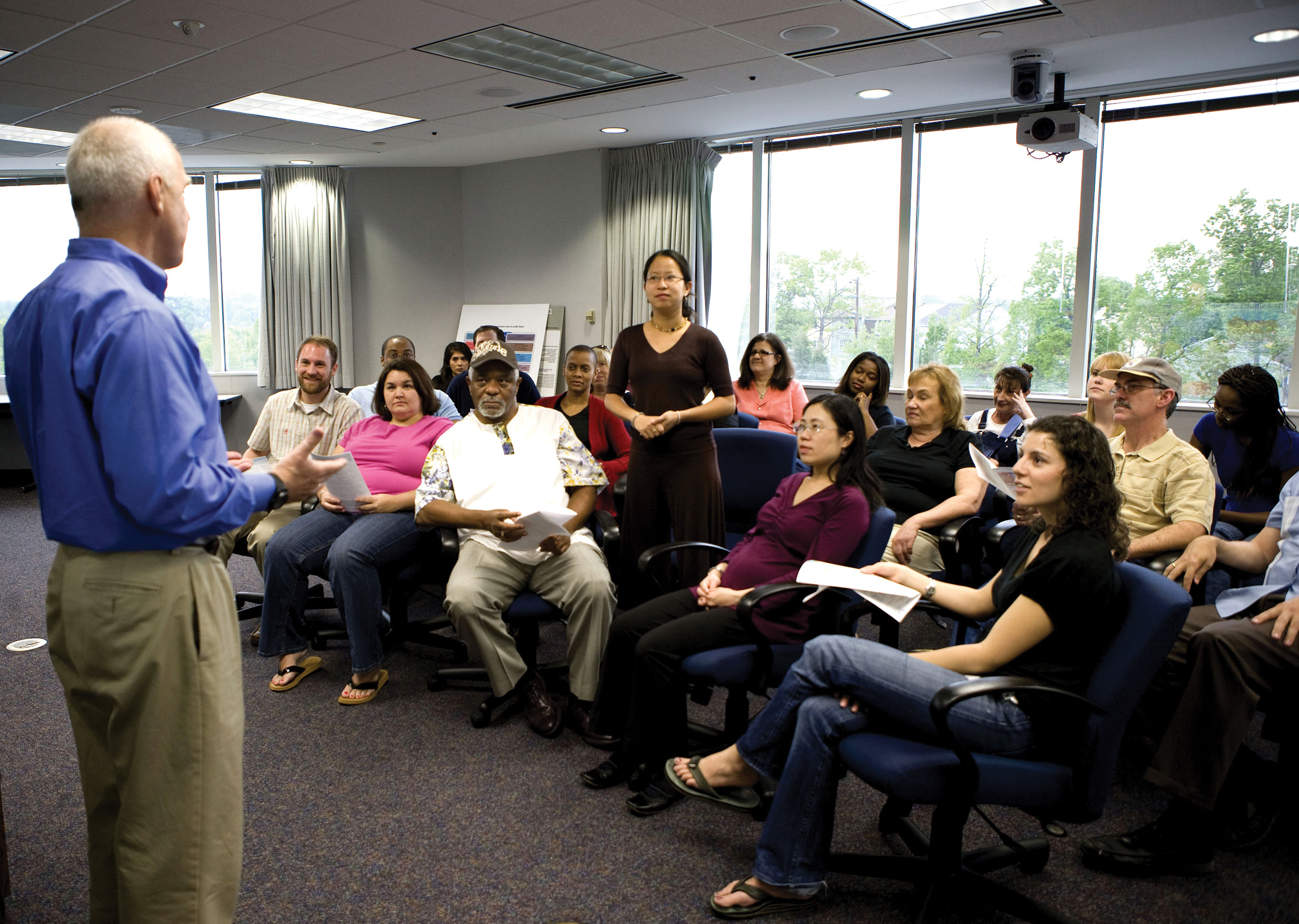 People are talking about critical race theory a lot these days. There are discussions taking place in school board meetings across the country, sometimes getting quite heated and argumentative. Laws and other measures that ban “critical race theory” and “divisive concepts” are moving through state legislatures. Children's books, especially those that focus on race and racism, are being banned in states that have these laws and in states that don't. The topic of critical race theory has even been inserted into political races, through speeches and advertisements, as a strategy to rile up parents and community members in order to motivate voter turnout.

Amid these strong responses, many people still have questions: What is critical race theory? Why are people so upset about it? And is it actually being taught in K-12 schools?

What is Critical Race Theory?

Critical race theory (CRT) was developed by legal scholars in the 1970s and 1980s. The NAACP Legal Defense Fund describes CRT as follows:

Critical race theory, or CRT, is an academic and legal framework that denotes  that systemic racism is part of American society — from education and housing  to employment and healthcare. Critical race theory recognizes that racism is  more than the result of individual bias and prejudice. It is embedded in laws,  policies and institutions that uphold and reproduce racial inequalities. According  to CRT, societal issues like Black Americans’ higher mortality rate, outsized  exposure to police violence, the school-to-prison pipeline, denial of affordable  housing, and the rates of the death of Black women in childbirth are not unrelated  anomalies. Critical Race Theory FAQs (NAACP Legal Defense Fund)

CRT does not focus on interpersonal bias or whether any individual person is racist. CRT helps us understand how laws and policies, even the ones that aren’t explicitly about race or racism (e.g., housing, health care, voting rights) can cause or worsen racial disparities. By focusing on laws, policies and systems, CRT helps us understand how and why racial injustice continues to persist in the U.S. despite the progress that has been made towards racial equity.

For example, the criminal justice system has a long history of laws, policies and differential treatment that continues to lead to racial disparities and disproportionately negative outcomes for Black people. These disparities impact every level of interaction with law enforcement: initial contact, arrest, bail, plea, conviction, sentencing, incarceration and beyond. The unjust outcomes for Black people can be explained by these unjust policies and laws. Solving these inequities requires criminal justice reform that addresses the systemic root of the problem.

The term “critical race theory” is being used in the media and in political campaigns to incite fear and misinform parents and the public. Yet, there is no evidence that critical race theory is being taught in K-12 schools. It is not a curriculum, a teaching practice or a typical area of study in teacher preparation. CRT is taught in law school, graduate school and sometimes at the undergraduate college level.

Where are these laws being passed?

Even though CRT is not taught in K-12 schools, states are using the terms “critical race theory” and “divisive concepts” to pass laws that restrict or limit how teachers can discuss racism and sexism or analyze history and present-day events through the lenses of systemic racism or sexism. The laws vary — and, in many instances, are quite vague. They also are impacting other aspects of curriculum and professional development and potentially limiting discussions of controversial issues, anti-bias and antiracism education, “action civics,” social and emotional learning, and DEI (diversity, equity and inclusion) efforts.

These laws have swept across the country in recent months. As of August 2021, 27 states have introduced bills or taken other steps that would restrict how teachers can discuss racism and sexism. Twelve states have enacted these bans, through legislation or other means. In other states, laws are moving through their state’s legislature. In October 2021, the first lawsuit was filed in response to such legislation, challenging Oklahoma's state law.

Why are these bans taking place in schools?

Lately, if you follow the news, you will see images of school board meetings erupting into anger and yelling, often stemming from misconceptions about what critical race theory is and concerns that it is being taught in schools. It is not.

There are people who support these state laws banning CRT, and yet, they don’t know and can't explain what CRT is. They may assert their strong disagreement with the teaching of CRT despite being unable to define it or describe how it’s being taught in schools. Some of these people have been influenced or swayed by misinformation.

Among the falsehoods about what is being taught in schools is that idea that students are being taught that one race is superior to another or that young people should personally feel shame or guilt because of their race or sex. This is not what education about race and racism teaches. This misinformation and these misconceptions have been crafted and communicated by elected officials and those running for office — and amplified by conservative news outlets and social media —to drive parents and other voters to challenge and prevent conversations about race and racism from taking place in schools.

Some people support these laws because they don’t want their children to learn about racism in school, such as through reading a book about Ruby Bridges or the Tulsa Race Massacre of 1921, or discussing current issues like the racial disparities in the criminal justice system or housing discrimination. This opposition is concerning because it is important for young people to learn accurate history so that they can think critically about history and current events. This includes understanding how systemic racism and other inequities play a role in past and present-day issues – and learning that throughout history, people have worked together to overcome injustice, another key aspect of U.S. history.

Why is it important to discuss racism, sexism and other forms of systemic oppression?

Teachers agree that racism needs to be discussed at school. A recent nationwide survey of educators reveals that a majority (84%) teach about racism in their classroom either exclusively in a historical context or as it relates to both history and present-day issues. Only 16% said they never discuss racism in their classrooms. Fifty-nine percent of educators said they believe that systemic racism exists. When asked if there should be legal limits (i.e., these CRT laws) on classroom conversations about racism, sexism, and other controversial issues, a majority (55%) said no.

Young people need help to make sense of long-standing inequities. As children grow up, they will witness and experience bias and discrimination in school, online, in the news and in the world. They will see some children being treated worse than others or experience that themselves. They will observe how certain groups of people are excluded or inadequately represented in their textbooks, literature and images around school. They will see disproportionately negative outcomes for people of color or other marginalized groups (e.g., Black boys and girls being more often disciplined in school, men holding elected office more than women).

Bias is universal. We all have biases shaped by our experiences in the world around us and influenced by family, media, where we live, who we know and don’t know, and what we see happening in society. Indeed, bias is learned. In fact, by the time children reach preschool at ages 4 and 5, they already show signs of racial bias. According to Dr. Rebecca Bigler, a developmental psychologist who studies prejudice, when children aren’t presented with the context to understand or analyze why our society looks the way it does, “they make up reasons, and a lot of kids make up biased, racist reasons.”

It is harmful to children of color, white children, and society to not provide an opportunity for students to think critically about how these inequities show up in systems and institutions. If they don’t engage in these conversations, young people may think certain groups “deserve” negative outcomes or they may accept these disparities as “just the way it is.” This kind of thinking leads to devaluing themselves and others and cements the bias in their minds.

Feeling discomfort when discussing issues like racism and sexism is common, but if these inequities are not unpacked and discussed, young people will internalize what they see, and these biases will become part of their mindset. That’s why it’s important for teachers (and others) to be equipped to have these conversations in a responsible way.