Prevent the Mainstreaming of Extremism

Hateful and violent extremism has always existed. In healthy societies, these ideologies are relegated to the margins, with most people rejecting the hate-filled, conspiratorial and violent ideas and tactics promoted by extremists.

Instead, in this country in recent years, extreme ideologies have been mainstreamed and normalized at an alarming pace. This is due in large part to the dismayingly large numbers of elected officials and other high-profile influencers who traffic in conspiracies and hate, and to the even larger numbers who remain silent. It is also caused by online ecosystems that traffic in misinformation and hate with unprecedented reach. This trend was blatantly exemplified in the lead up to, during and in the aftermath of the Jan 6, 2021, attack on the U.S. Capitol.

Today, conspiratorial and extremist beliefs on topics as wide-ranging as elections, COVID spread, and immigration and educational priorities – beliefs which are often rife with antisemitism, racism and other forms of bias – are spread by political leaders, candidates for elected office and influential media personalities. Polls show that millions of Americans who believe baseless conspiracies about the 2020 presidential election also believe that political violence is justified to overturn those election results. Recent surveys also show that Great Replacement Theory and QAnon are driving beliefs within this group.

Explore ADL’s Center on Extremism for trends and ideologies, and how we strategically monitor, expose and disrupt extremist threats.

ADL advocates for a whole-of-society policy approach to fight hate and extremism and counter the threat these pose to marginalized communities and our democracy. We are engaging in federal civil rights litigation on behalf of the District of Columbia against the Proud Boys, Oath Keepers and individuals affiliated with them for their role in the January 6 attack. 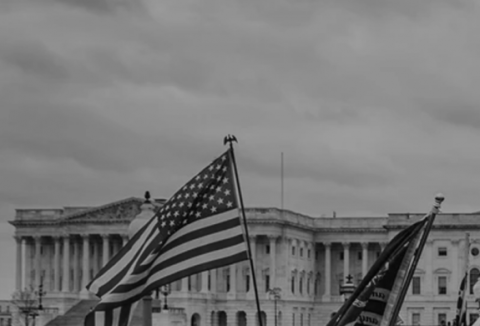 The political violence perpetrated at the U.S. Capitol on January 6, 2021, was both shocking and sadly predictable. Today, the extremist, conspiratorial beliefs that animated the attack continue to infect every aspect of our society. ADL continues to speak out and take action — join us in this fight. 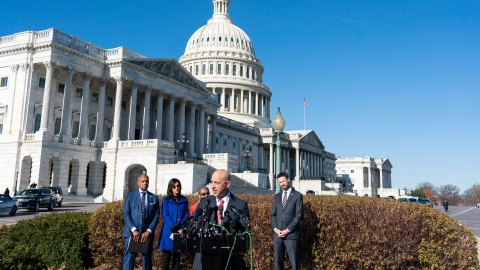 ADL serves as co-counsel in a federal lawsuit brought by the District of Columbia to hold the Proud Boys and the Oath Keepers accountable for their role in the January 6, 2021 attack.