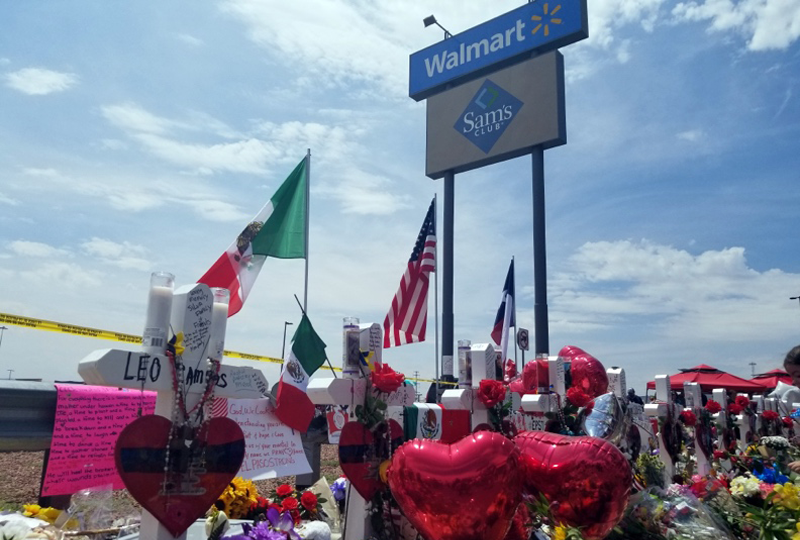 On August 3, 2019, white supremacist Patrick Crusius murdered 23 individuals and injured 23 more at a Walmart in El Paso, Texas, in the deadliest attack on Latinos in modern American history. Two years later, animosity towards Latino-Americans and immigrants remains at dangerous levels. 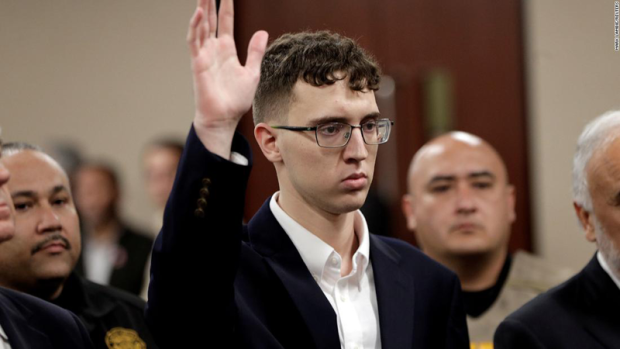 21-year-old Patrick Crusius of Allen, Texas, was taken into custody shortly after the shooting, telling law enforcement that he wanted to shoot as many Mexicans as possible. Crusius faces 90 counts of federal charges under hate crime and firearm laws. Image Source

Crusius traveled roughly 10 hours to reach the El Paso Walmart, and posted a manifesto highlighting his premeditated and purposeful targeting of Latinos, writing the attack was a “response to the Hispanic invasion of Texas,” in which he was merely defending the country from “cultural and ethnic replacement brought on by an invasion.” Today, Crusius’s language is still being echoed and amplified by white supremacists and mainstream figures alike.

Central to Crusius’ attack was “The Great Replacement,” and the belief that “white” Americans are being replaced by non-white immigrants, with the result being the extinction of the white race and of the United States. “Hispanics will take control of the local and state government of my beloved Texas, changing policy to better suit their needs,” Crusius wrote in his manifesto. “They will turn Texas into an instrument of a political coup which will hasten the destruction of our country.” This white supremacist theory persists in extremist rhetoric today, and has recently made its way into mainstream politics and media. 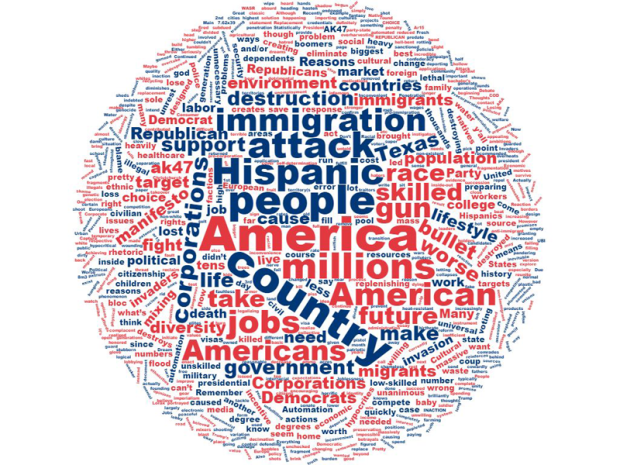 Word Cloud visual representation of Crusius’ manifesto, in which “Immigration” and “Hispanic people” were blamed for the impending destruction of America. (ADL Center on Extremism)

Arizona State Senator Wendy Rogers has frequently used inflammatory language to describe immigrants, referring to them as “invaders” who are “swarming” the border, bringing disease and crime with them. In July, Rogers alluded to prominent Great Replacement themes, tweeting, “We are being replaced and invaded.” When asked to clarify her remarks, Rogers said, “I will not back down from this statement. Communists & our enemies are using mass immigration, education, big tech, big corporations & other strategies to accomplish this. The groups who are doing this undermine our families, our history, our faith, and our rights.” In March, Rogers tweeted, “We have a virus state of emergency on our border. The virus is getting in through the flood of illegals. It is time for an immigration moratorium.”

The same month, Arizona representative Paul Gosar wrote in a fundraising email, “[Immigrants] refuse to assimilate, and instead bring their foreign languages and cultures here. We are importing the Third World, and that’s what we will get. Soon, America will be unrecognizable, unless we put a stop to this insanity.”

At CPAC 2021 in Dallas, also in July, Texas Lt. Governor Dan Patrick opened the conference with a speech about immigration, saying, “What's happening on the border today is not an accident. It’s purposeful. It’s a designed plan. Why are they [Democrats] letting millions of people pour across this border? Because they want to turn them into citizens, turn them into voters and take over this country…If we fail, America falls.” 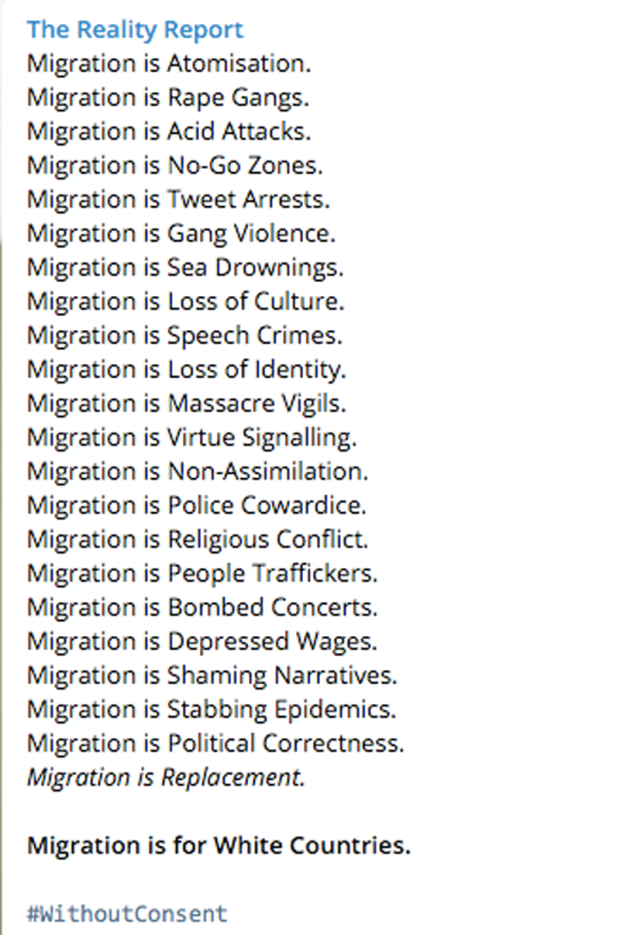 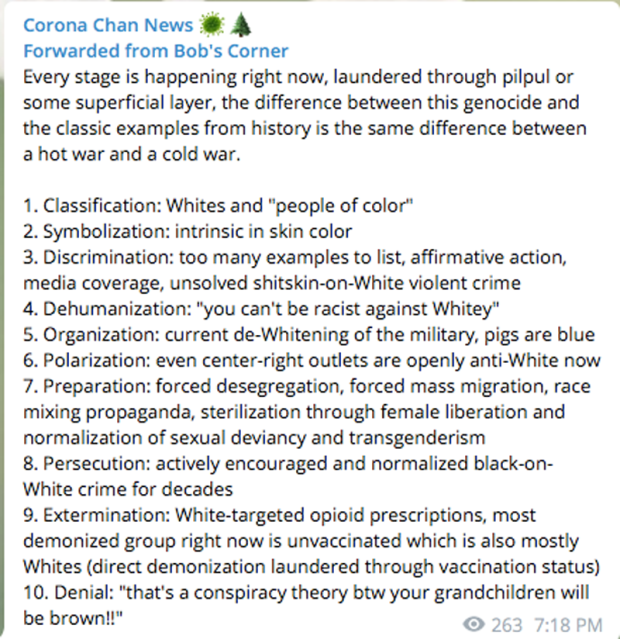 In the two years since El Paso, right-wing extremists have not carried out any deadly mass shooting attacks – but the community continues to be targeted by anti-immigrant propaganda, online rhetoric and bigoted attacks.

White supremacist propaganda has maintained its focus on immigration; groups like Patriot Front, New Jersey European Heritage Association (NJEHA) and Hundred Handers continue to distribute anti-immigration and anti-Latino fliers nationwide. Since the El Paso attack, NJEHA has disseminated hateful propaganda more than 250 times, which in many instances has been explicitly anti-immigrant, including: “End immigration now before the first world becomes the third,” and “Mass immigration is an attack on the working class.” 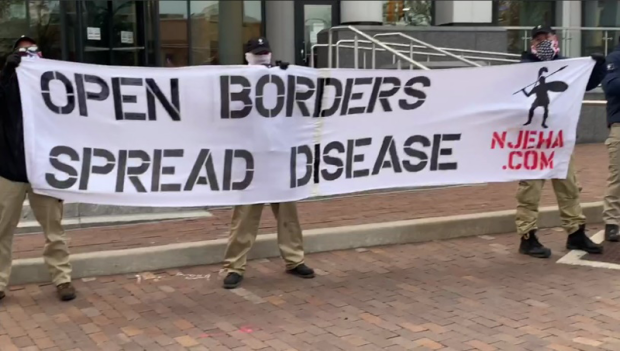 In March 2020, NJEHA held a flash demonstration in Boston, Massachusetts. White supremacists have used the COVID-19 pandemic to increase their efforts to promulgate conspiracy theories blaming immigrants for the coronavirus. 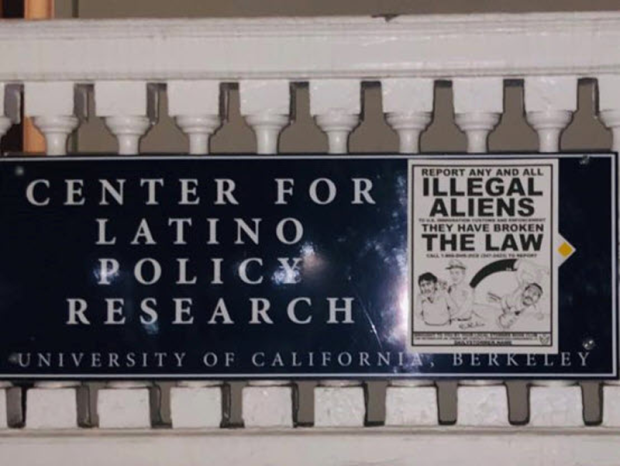 In April 2021, the neo-Nazi National Socialist Movement (NSM) held their annual national conference in Phoenix, Arizona, which included a public flash demonstration along the U.S.-Mexico border, where NSM Captain Harry Hughes said they could “witness evidence of illegal immigration.” In March, Hughes posted a photo of himself “patrolling” the Sonoran Desert in Arizona. 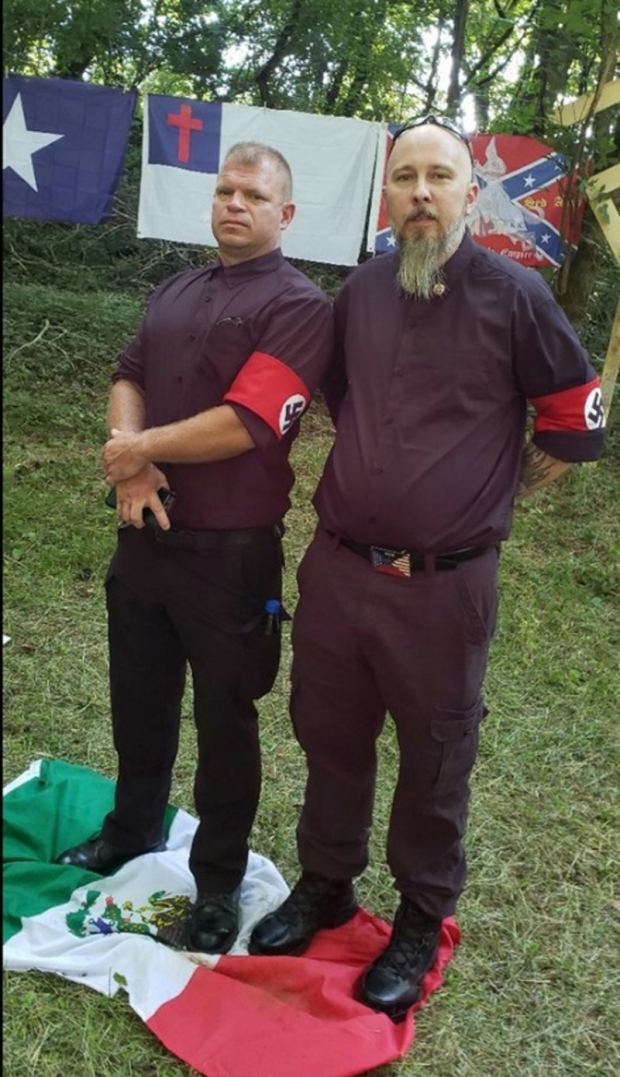 National Socialist Movement members stand on a Mexican flag during a private event.

In 2020, a white supremacist Telegram channel post included an image glorifying Christchurch, New Zealand shooter Brenton Tarrant alongside the words “Parasite Removal Force” and a quote from Tarrant’s manifesto: “We must crush immigration and deport those invaders already living on our soil.” Crusius wrote that he admired Tarrant, who murdered 51 people in his 2019 shooting spree. 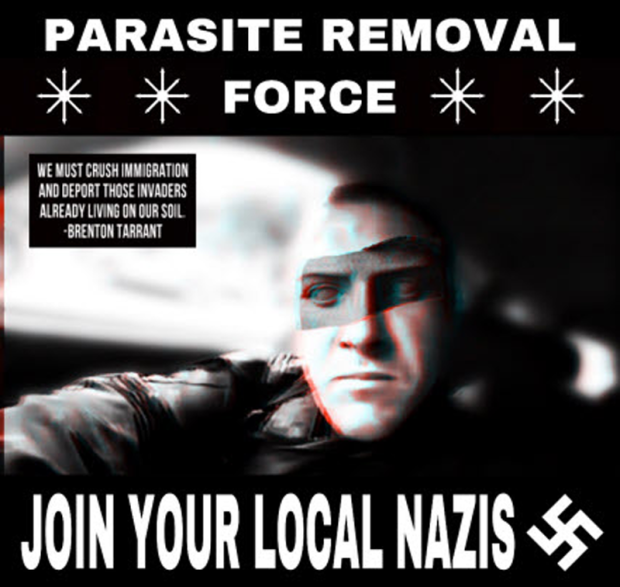