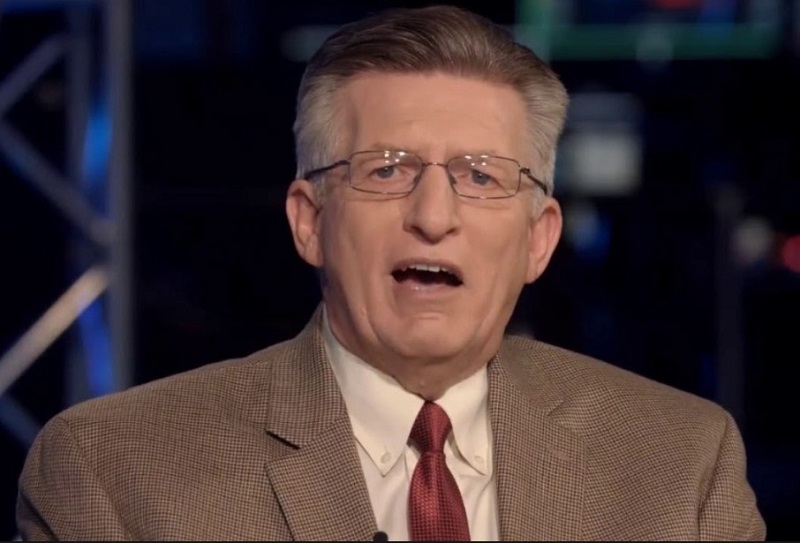 UPDATE: On January 13, 2020, TruNews announced that Paypal, as well as the donor management companies Bloomerang and Spreedly, had stopped processing their donations. TruNews claims it is still able to process online credit card contributions via Stripe.

In an anti-Semitic, conspiracy theory-laced letter to supporters, TruNews founder Rick Wiles ascribed the change to his coverage of "Israeli Mossad’s blackmail operation through the fake billionaire Jeffrey Epstein," adding that we live in "Bolshevik, Zionist America."

Wiles has devoted extensive TruNews coverage to the conspiracy theory that Jeffrey Epstein was an Israeli agent who offered sex with underage girls to American politicians and businessmen in order to blackmail them into supporting Israel. "The success of Jeffrey Epstein’s blackmail operation explains how Israel secretly seized control of America over the past thirty years," Wiles said on the January 9, 2020 episode of TruNews. He continued, "The kosher coverup continues, where America’s elite, [are] working overtime to cover up the Israeli child sex blackmail operation that was going on in this country for at least thirty years."

TruNews is a fundamentalist Christian streaming news and opinion platform that has increasingly featured anti-Semitic and anti-Zionist content, and also has a long record of disseminating radical Islamophobic and anti-LGBTQ messages. Founded in 1999 by Rick Wiles and affiliated with Flowing Streams Church in Vero Beach, FL, where Wiles is senior pastor, TruNews was previously known as America’s Hope, American Freedom News, and briefly as Christian News Channel.

TruNews programming generally consists of Rick Wiles and one or more cohosts or guests praying, reading biblical passages, discussing current events, talking breathlessly about the “End Times” and asking for money. Wiles and his guests frequently espouse extreme conspiracy theories, including alleging that the U.S. government planned to spread the Ebola virus on U.S. soil, that the U.S. and Israel created ISIS and that “western intelligence agencies” were training ISIS soldiers, and that mass shootings are false flag operations carried out by “super-secret covert killing teams” as a way of rallying public support for eliminating the Second Amendment and for “capitulat[ing] to a globalist agenda.”

In the first few months of 2019, Rick Wiles and his cohosts began taking an increasingly extreme anti-Semitic and conspiratorial anti-Zionist position. They have obliterated the distinction between Israelis, Zionists and Jews, using terms like “Jewish lobby” and “Israel lobby” interchangeably. They have railed against “old evil wicked kabbalah wizard rabbis,” claimed that Jews crucified Jesus 2000 years ago in order to build a “Zionist empire” and that Jews are going to kill and persecute Christians in the near future. They also alleged that Jews and Zionists control and promote abortion and pornography and have “attacked Christian culture.”

Since November, 2019, TruNews has promoted the idea that the impeachment inquiry in the U.S. House of Representatives against President Trump is part of a “Jew coup” to “overthrow the constitutionally elected president of the United States” and install a “Jewish cabal” which will control the country. In one of his first broadcasts on that topic, Rick Wiles warned that if that happened, Jews would conduct a “purge” and “kill millions of Christians.” He also tweeted that “Jewish socialist Jerry Nadler’s Judiciary Committee escalated the Jew Coup” and warned that the U.S. is in “grave danger of civil war” as a result.

In one noteworthy example of TruNews infusing their attacks on Zionists with classic anti-Semitic tropes, Wiles agreed with cohost Kerry Kinsey that the U.S. is controlled by the “Jewish lobby,” and then went on to claim that the “Israeli lobby” and the “synagogue of Satan” are responsible for the decline of American culture. “The power of the Israeli lobby in America is the most detrimental force in America,” Wiles said during a March 2019 episode. “Our culture has been decimated. Through abortion, pornography, the sexual liberation movement, filthy, raunchy movies, television shows, vile, violent rap music and hip hop…All of it owned by the synagogue of Satan… Who has brought the abortion, the homosexuality, the sexual liberation movement, the vile movies… Who has attacked our Christian culture, who has filed lawsuits to remove crosses and Bibles? Who has done it? The synagogue of Satan.”

Wiles and his cohosts repeatedly claim that American Jews control the U.S. government and manipulate it to benefit Israel. On one episode they baselessly claimed that Jewish Senators and Representatives are citizens of Israel, and that all members of Congress (even non-Jews) are required to sign “Israeli pledge cards.” In another episode Wiles claimed that U.S. elected officials, including President Trump, are forced by “a committee of Jews” to sign an oath to not reveal that Israel possesses nuclear weapons; and that if they decline it the “Jewish mafia” will kill them.

“Both political parties wink and look the other way because of five words: For fear of the Jews,” Wiles said. “They all sign it because they're afraid.” Wiles goes so far as to claim that Israel and the Jewish mafia assassinated John F. Kennedy. “Jack Kennedy would not give Israel–in the early 1960s–he would not give Israel American nuclear secrets,” Wiles said. “I personally believe Israel took out John Kennedy.” Wiles ended that episode, “Who ties the President’s hands? Yes, Jewish mafia. That will be all I say today.”

In another episode of TruNews, Wiles repeated the anti-Semitic claim that Israel and the “synagogue of Satan” are manipulating the U.S. into fighting wars on their behalf. “They have a long-term plan... it’s going to be a 100-year war,” Wiles said. “We’re already 20 years into it. America is being used…to fight the 100-year war against the Arabs, the Muslims, the Palestinian Christians, all of the Middle East… Our sons are being used in this war and these corrupt evangelical pastors are involved in it. They’ve got blood dripping on their hands because they’re part of the synagogue of Satan.” 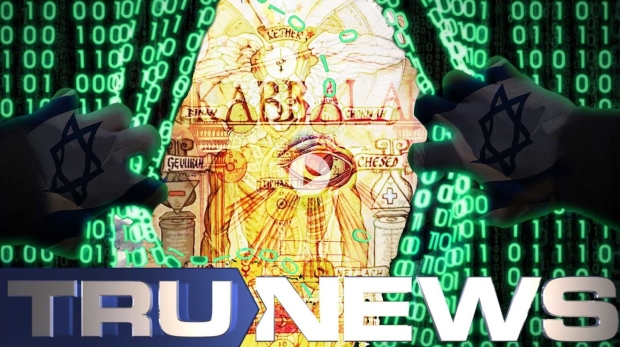 TruNews sometimes broadcasts the sermons that Rick Wiles delivers at Flowing Stream Church, including one in which he attacked the Jewish beliefs and practices of Ivanka Trump, who converted to Judaism in 2009. Wiles said in his 2017 sermon that Ivanka is a “Kabbalah-practicing evil woman whispering evil things in the ear of her father” under the influence of a deceased rabbi. Wiles also described Jewish holy books as “blasphemous” and claimed that some aspects of Judaism itself are a form of witchcraft. He went on to say that Ivanka and Jared were attempting to “surround president Trump with their kabbalah practitioners” and that “the only advice [Trump is] going to get are from people who are evil.” In another episode of TruNews, Wiles said that “the old evil wicked Kabbalah wizard rabbis” were planning to “destroy the Al-Aqsa Mosque [and wage] war against the Muslims at the Temple Mount” in order to build the Third Temple.

“Jewish money” and the “Synagogue of Satan”

In one 2019 episode, Rick Wiles claimed that he was being personally opposed by Jews. After coming under criticism in late March by People for the American Way and its “Right Wing Watch” project, Wiles described those organizations as having been founded by “an influential member of Hollywood’s Jewish cabal,” and then read a list of individuals and organizations who finance those organizations, including George Soros, whose Jewish background Wiles pointed out again and again.  “Are you seeing a pattern in where the money comes from to smear TruNews? They may have a lot of Jewish money, but I have the name of the Lord Jesus Christ….” Later in the show, Wiles said, “Right Wing Watch, you are Christian haters…you hate righteousness, you hate God…and who funds you? The synagogue of Satan that’s been at war with Jesus Christ for two thousand years. That’s what this is all about… It’s the synagogue of Satan against the holy church of God.” 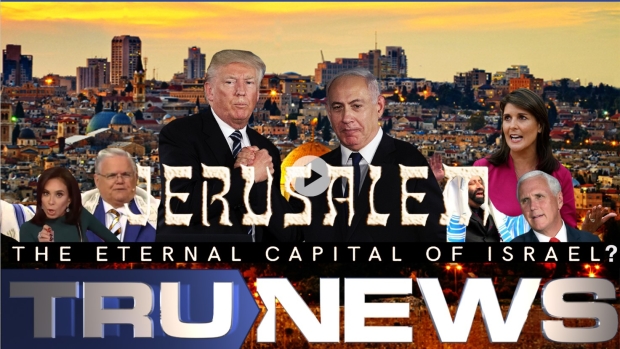 Rick Wiles’ opposition to Israel sometimes takes bizarre, conspiratorial turns before veering into overt anti-Semitism. In one show, after claiming that Israeli Jews, Jared Kushner and “that entire gang in the Trump administration” are planning to “completely exterminate the Palestinian people,” Wiles added in an apparent non sequitur that “they’re going for the gold ring” of “artificial intelligence” in order to create an “antichrist system.”  Israel will be “the most powerful nation in the world when they get control of artificial intelligence,” Wiles said. “They will rule the world. The antichrist system will be Israel. That’s it. That’s what we’re up against. That is who is going to come against the body of Christ. That is the seat of Satan.” He continued, “I know that I’m putting my life at risk [by revealing this].…I’m risking this ministry…I’m risking my income.... People are telling us, Doc, you guys are going to be taken off YouTube, you're going to be taken off Facebook. You know what? Who owns it? Who owns them? The synagogue of Satan.”

“It’s not the Muslims who are going to kill us. It’s the Jews”

Wiles’s bizarre combination of attacks on Zionism and Jews infused with classic anti-Semitic imagery and interpretations of biblical prophecy was made explicit in a 2019 episode which referred to “Global Zionism” as the “fourth beast” from the Old Testament book of Daniel. Wiles described 19th-century Jews who sought to immigrate to what became Israel as successors to the ancient Pharisees. “Early Zionists said we have no need of a messiah,” Wiles said. “We will be our own messiah…That's what Israel is all about. Jews saying, we will be our own messiah. We don't need God and we don't need a messiah. We will build our own Zionist Empire. That's exactly what they were trying to do 2000 years ago and is why they crucified Jesus Christ.” Wiles concluded that Zionism will be “the evil force that takes over the world in the Last Days and persecutes the body of Christ and makes war against the saints…. And it's not Muslims that are going to kill us. It's the Jews.” This echoes Wiles’ 2017 comment, “the Man of Perdition, the one that you call Antichrist, I personal believe he will be a homosexual Jew.”