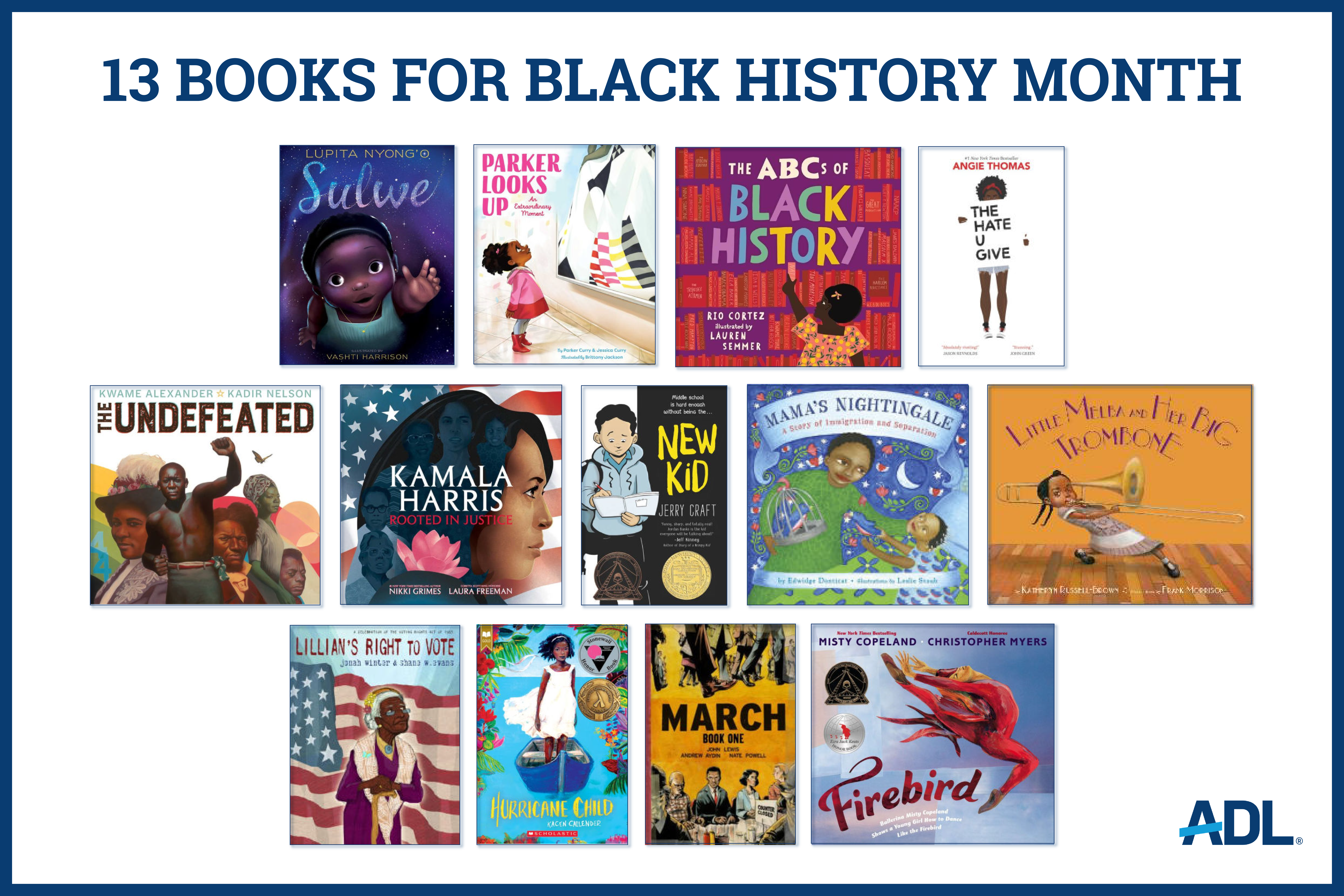 Using children’s literature to teach about Black history and the Black experience is a great way to open the door to discussions about these experiences and milestones. These books include important insights into Black history, culture, accomplishments, notable people, historical and current day injustice and how that injustice was and continues to be confronted and overcome. Our recommended books include picture books, chapter books and graphic novels. Each book comes with two discussion guides: one for educators and one for families. 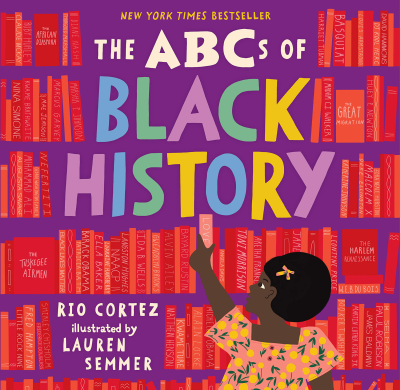 This book honors and commemorates a story that spans continents and centuries, triumph and heartbreak, creativity and joy. It’s a story of big ideas—P is for Power, S is for Science and Soul. Of significant moments—G is for Great Migration. Of iconic figures—H is for Zora Neale Hurston, X is for Malcom X. It’s an ABC book like no other, and a story of hope and love. Includes back matter with information on the events, places, and people mentioned in the poem. Get the discussion guides. 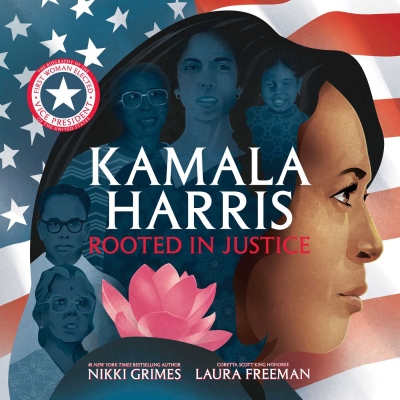 When Kamala Harris was young, she often went with her parents to civil rights marches—so many, in fact, that when her mother asked a frustrated Kamala what she wanted, the young girl responded with: “Freedom!” As Kamala grew from a small girl in Oakland, CA to a Senator running for President, it was this long-fostered belief in justice for all people that shaped her into the inspiring figure she is today and led to her being elected the Vice President of the U.S. in 2020. Get the discussion guides. 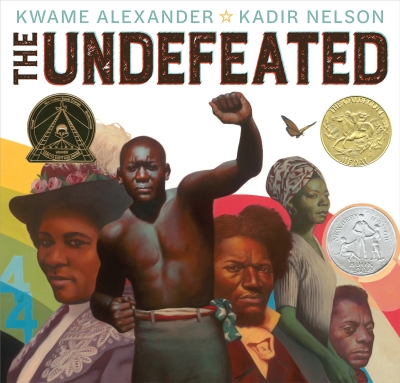 This book and poem is a love letter to Black life in the U.S. It highlights the unspeakable trauma of slavery, the faith and fire of the civil rights movement, and the grit, passion, and perseverance of some of the world's greatest heroes. Its insights into the accomplishments of the past, while bringing stark attention to the endurance and spirit of those surviving and thriving in the present. Important back matter at the end provides historical context. Get the discussion guides. 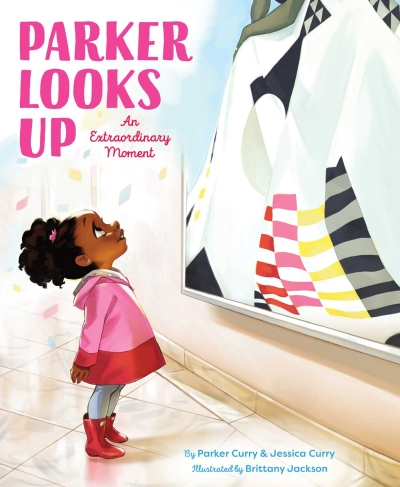 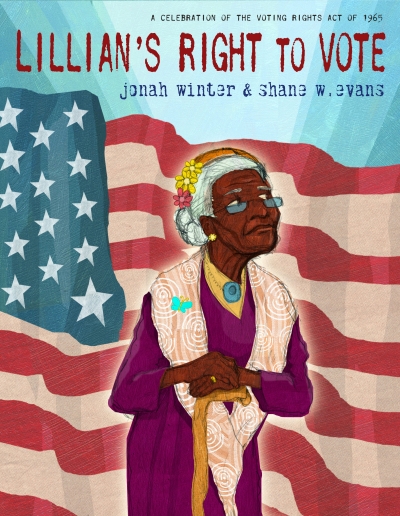 As Lillian, a one-hundred-year-old Black woman, makes a “long haul up a steep hill” to vote, she sees her family’s history. She sees the passage of the Fifteenth Amendment and her great-grandfather voting for the first time. She sees her parents trying to register to vote. And she sees herself marching in a protest from Selma to Montgomery. This book recalls the battle for civil rights in an account of one woman’s fierce determination to make her voice heard. Get the discussion guides. 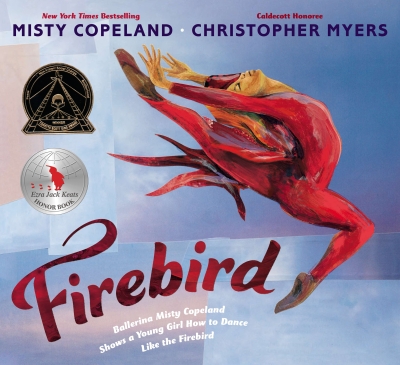 Misty Copeland, the first Black female Principal Dancer with the American Ballet Theatre, tells the story of a young girl whose confidence is fragile and who is questioning her own ability to reach the heights that Misty has reached. Misty encourages this young girl's faith in herself and shows her exactly how, through hard work and dedication, she too can become Firebird. Get the discussion guides. 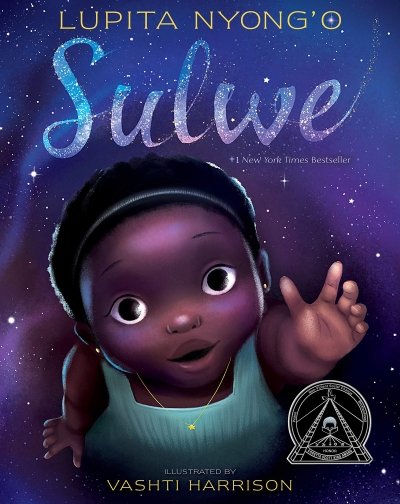 Sulwe has skin the color of midnight. She is darker than everyone in her family. She is darker than anyone in her school. Sulwe wants to be beautiful and bright, like her mother and sister. Then a magical journey in the night sky opens her eyes and changes everything. This picture book explores colorism, and creates a whimsical and poignant story to inspire children to see their own unique beauty. Get the discussion guides. 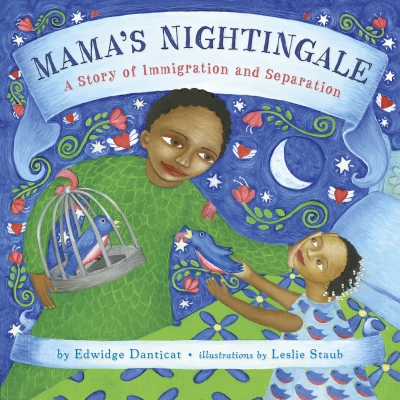 After Saya's mother is sent to an immigration detention center, Saya finds comfort in listening to her mother's warm greeting on their answering machine. To ease the distance between them while she’s in detention, Mama begins sending Saya bedtime stories inspired by Haitian folklore. Moved by her mother's tales and her father's attempts to reunite their family, Saya writes a story of her own—one that just might bring her mother home for good. Get the discussion guides. 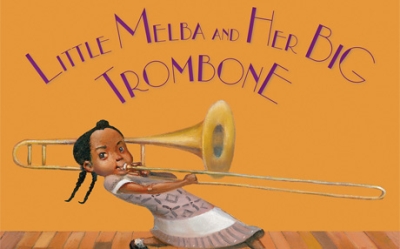 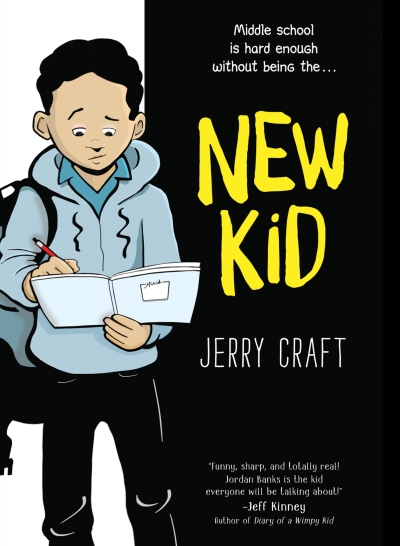 Seventh grader Jordan Banks loves nothing more than drawing cartoons about his life. But instead of sending him to the art school of his dreams, his parents enroll him in a prestigious private school, where Jordan is one of the few Black students. As he makes the daily trip from home to school, Jordan soon finds himself torn between two worlds—and struggling to fit in. Can Jordan learn to navigate his new school culture while keeping his neighborhood friends and staying true to himself? Get the discussion guides. 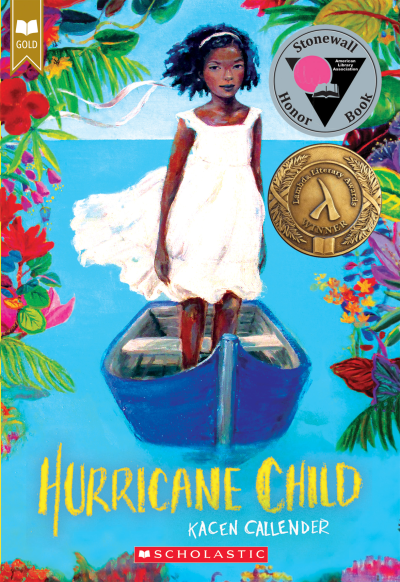 Being born during a hurricane is unlucky, and twelve-year-old Caroline, who lives in the U.S. Virgin Islands, has had her share of bad luck lately. But when a new student arrives, Caroline believes her luck is turning around. Kalinda soon becomes Caroline’s first friend. Together, the two girls must brave their own feelings of friendship—and love—while they seek to discover why Caroline’s mother has disappeared, or risk losing her forever. Get the discussion guides. 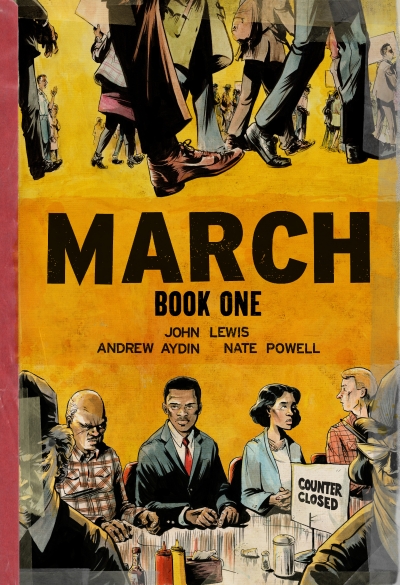 The late Congressman John Lewis is an American icon, a prominent leader of the Civil Rights Movement. His commitment to justice and nonviolence took him from an Alabama sharecropper's farm to the halls of Congress. Book One of this graphic novel trilogy spans John Lewis' youth in rural Alabama, his life-changing meeting with Martin Luther King, Jr., the birth of the Nashville Student Movement and their battle to tear down segregation through nonviolent lunch counter sit-ins. Two other books in this trilogy continue Lewis’ journey. Get the discussion guides. 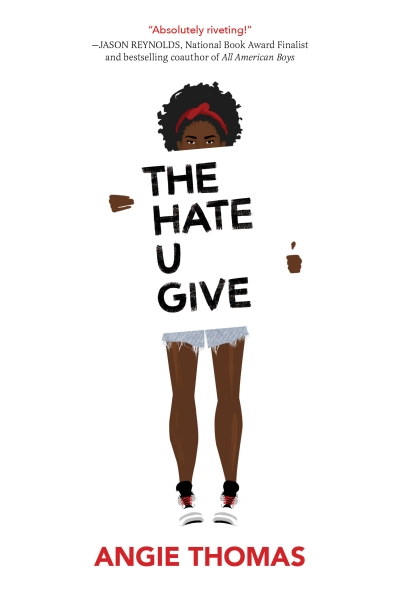 Sixteen-year-old Starr Carter moves between two worlds: the neighborhood where she lives and the suburban prep school she attends. The uneasy balance between these worlds is shattered when Starr witnesses the fatal shooting of her childhood best friend at the hands of the police. His death becomes a national headline and protesters are taking to the streets. Some cops and the local drug lord try to intimidate Starr and her family. Everyone wants to know what happened that night, and the only person alive who can answer that is Starr. Get the discussion guides.