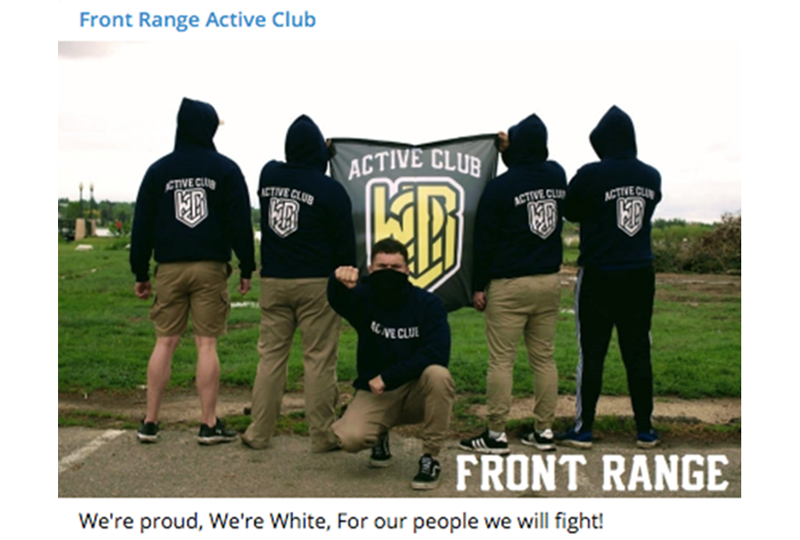 In the past eight months, at least nine Rise Above Movement (R.A.M.)-inspired “Active Clubs” have cropped up across the United States. This development signals a renewed effort from R.A.M. to rebrand and spread their influence with a focus on real-world white supremacist activism.

The clubs are geographically dispersed, loosely connected and localized chapters spanning from Indiana, Wyoming, New York, Texas, Florida, Pennsylvania and Massachusetts.  These groups initially appeared on Telegram as an online safe haven for white supremacists but have since shown evidence of real-world meetups and action.

These Active Clubs embrace white supremacist ideology and consider themselves vigilante soldiers standing guard against a perceived existential threat to their “white future.” Motivated by the white supremacist “great replacement” philosophy, these groups are physically preparing to fight against a “modern world” corrupted by the “destructive cultural influences” of liberals, Jews, Muslims and non-white immigrants.

Active Clubs are inspired by and largely affiliated with the Rise Above Movement (R.A.M.), a white supremacist group originally based in Southern California whose members have been involved in violent clashes during political rallies and demonstrations across the U.S. Group members have faced serious criminal charges, including assault, robbery and weapons offenses. In October 2018, federal and local law enforcement arrested eight individuals associated with R.A.M. in Virginia and California, charging them with intent to encourage, promote, incite, participate in and commit violent acts in furtherance of a riot in two separate cases.

As a result of these law enforcement efforts to crack down on R.A.M., including prosecution, the group, under the leadership of Robert Rundo, has doubled down on its efforts to recruit by modifying how the organization operates. New efforts by Rundo have shifted focus toward tightly controlled optics and the development of a decentralized fraternal white brotherhood.

Rundo, who fled to Eastern Europe following the federal 2018 crackdown on R.A.M, has developed an international fraternity of aligned white supremacist groups. He continues to influence adherents by providing instructional videos on Telegram and through Media2Rise, the media platform of R.A.M. For example, he has shared videos where he’s providing advice on how to avoid no-fly lists, where he’s giving tips on graffiti and activism, and where he’s explaining how to avoid encounters with law enforcement.

Moreover, since January 2021, Rundo and Denis Kapustin (aka Denis Nikitin), a German neo-Nazi and founder of the white nationalist clothing brand "White Rex,” have co-hosted an Active Club Podcast through Media2Rise. The podcast is meant to cover “real-world tips and experiences on how to stay safe when attending a demonstration, [how to] to avoid law enforcement, and be effective.” Together, the two men focus on inspiring supporters to create “Active Clubs” intending to revive the “spirit of a warrior” through mixed martial arts (MMA) training and the preservation of European heritage. 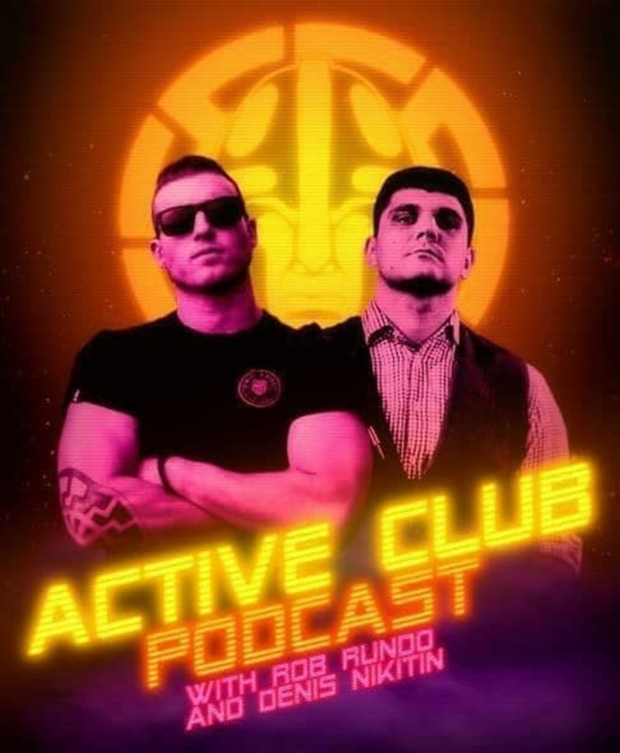 The Active Club Podcast and subsequent media efforts by R.A.M. seek to have members build their own localized Active Clubs worldwide. Rundo describes these “Active Clubs” as “small-styled local clubs [that] combine fitness and nationalist activism, building camaraderie, and developing team-building skills. Simultaneously, creating an alternative to the toxic left-wing culture and providing a model for others to follow.” Noticeably missing is any emphasis on the innate white supremacist ideology that unites these geographically disparate clubs.

Rundo states that the intentions for R.A.M. and subsequent Active Clubs have been largely inspired by European MMA-ultranationalists groups including White REX, Confident Hooligan, and Generation Identity. He sought to “fill the gap” within the American white supremacist scene by focusing on “physical training,” creating MMA-styled athletic clubs that would force the predominantly online alt-right meme culture toward real-world engagement. 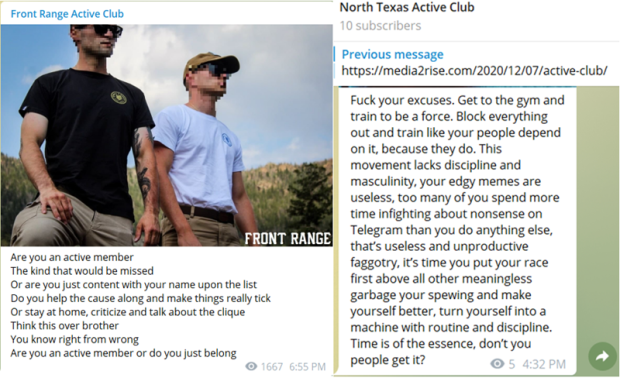 R.A.M. and regional Active Clubs put an emphasis on real-world engagement, encouraging members to move from the online ecosystem of memes and shitposting to action and training.

Rundo appears to be acutely aware of the benefits of Active Clubs operating as small, localized cells, stating in a Media2Rise BitChute interview, “Imagine if you had small athletic club in every city, they could all connect… this could be a full network… saving people from getting the blanket of the government, wrapping you up and trying to smash you out.”

In many ways these Active Clubs serve Rundo strategically. In 2018, following a federal government crackdown on R.A.M., Rundo was one of eight R.A.M. members charged with violating an anti-riot statute. By encouraging regional localized cells, Rundo has apparently sought to distance himself as a leader and from any potential criminal actions, while maintaining a large group of followers that consume and distribute his ideological fodder and propaganda.

Optics are critically important to these groups, which tend to be covert with their white supremacist views. In a BitChute interview on April 2, 2021, Rundo stated, “Your skin is your uniform. You don’t need to be super explicit. You don’t need to be edgy, trust me…Think of your image.” Active Clubs carefully couch much of their explicitly white supremacist rhetoric and operations, but memes posted on their Telegram channels provide glimpses into possible violent aspirations.

For example, in posts such as that by Indiana Active Club (as seen below), the group sees itself as a vigilante protector that will “RISE and reclaim our nation” from gangs that are “like a plague.” 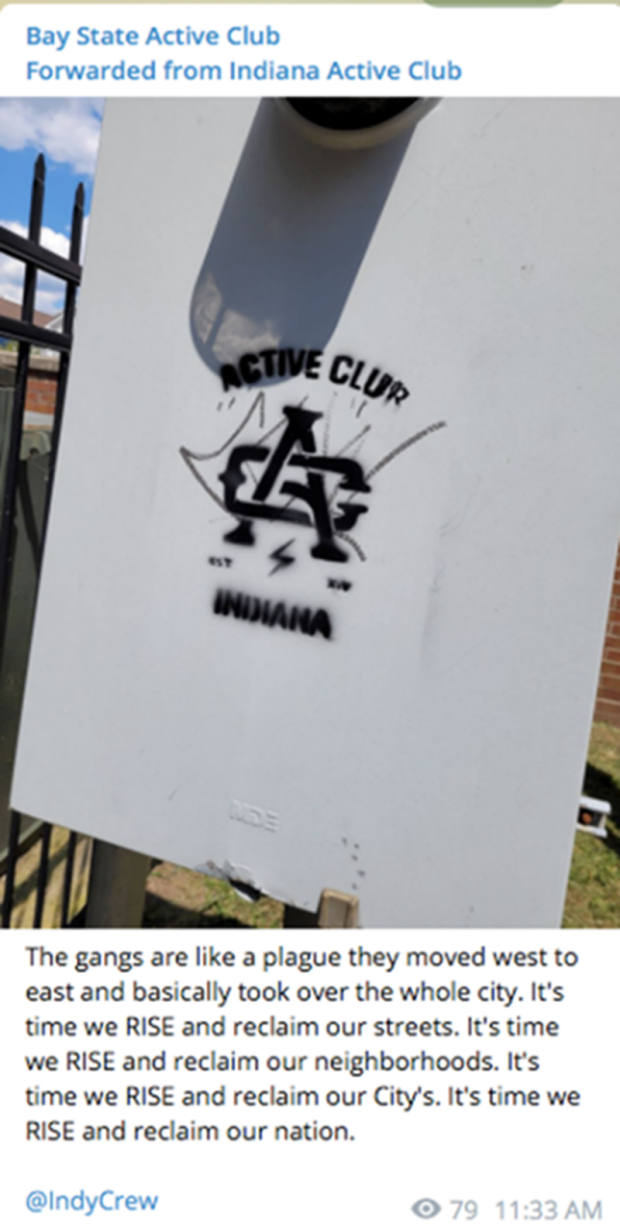 Front Range Active Club furthers this notion, stating, “It does not take a majority to prevail…but rather an irate, tireless minority, keen on setting brushfires of freedom in the minds of men.” Some images also depict nonverbal propensity for violence, for example Front Range Active club posted a photo inside a church wearing a jacket that depicts an assault weapon and “DEFEND” on the back. These posts continue to emulate much of the same R.A.M. beliefs of a white disenfranchised group who see themselves as patriotic crusaders and advocates of a victimized white population. Active Clubs’ overarching goal is to restore European-American culture to America by embracing white identity and “traditional Christian” values.

Although “Active Clubs” are not officially linked to R.A.M. or to each other, each club mimics R.A.M.’s imagery, rhetoric and focus on physical strength while promoting one another online. Indiana Active Club posted, “…Get involved in THE white boys club for our state: @IndyCrew. Not in Indiana? Now is your time to shine! Start your own active club and reach out to: ActiveClubXIV@protonmail.com.” Many of these groups also engage online with other more prominent white supremacist channels, like The Western Chauvinist, Sons of Columbia, Patriot Front and Revolt Through Tradition. 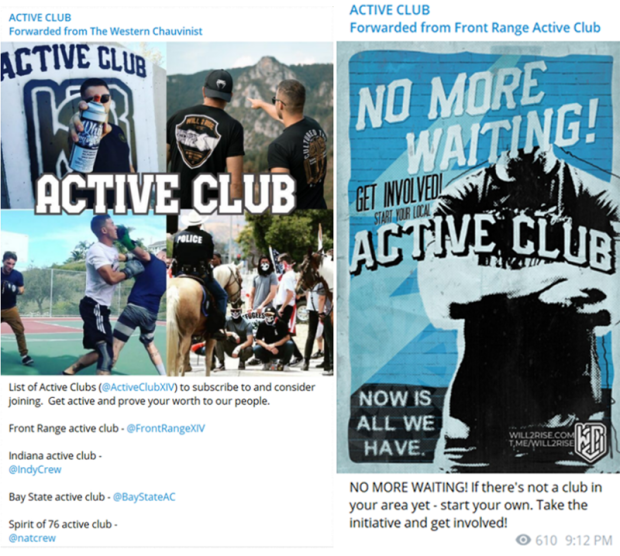 Although R.A.M’s direct activity in the U.S. had decreased following Rundo’s move abroad, these new Active Clubs have a shared vision and continue in their effort to recruit other like-minded adherents. Active Clubs continue to distribute R.A.M. propaganda in their individual regions and demonstrate R.A.M.’s continued influence and carefully crafted brand, coupled with a shared recruitment strategy. 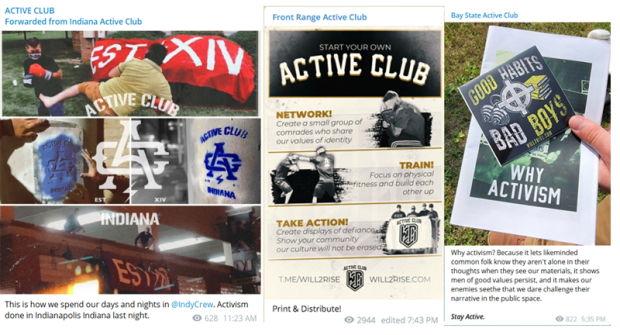