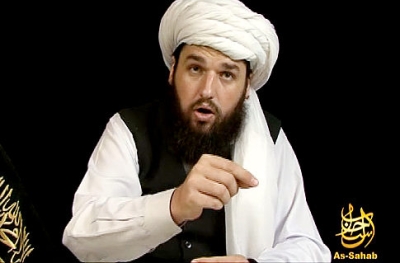 On Thursday, the White House announced that Adam Gadahn, an American spokesman for Al Qaeda, was killed in a January drone strike. Although less visible in recent years, Gadahn was at the forefront of creating English-language terrorist propaganda – an initiative that has evolved into a sophisticated recruitment and radicalization mechanism.

Gadahn’s death comes as English-language propaganda released by terrorist organizations is influencing an ever increasing number of Americans to join extremist organizations. As of this date, thirty-one people living in the U.S. have been implicated in terrorism motivated by Islamic extremism in 2015 alone, a significant increase from the total number of arrests in 2014 and in 2013.

Later American propagandists for Al Qaeda affiliates, such as Anwar al-Awlaki and Samir Khan, founders of Inspire magazine who were killed in a drone strike in 2011, have become more influential than Gadahn in extremist circles. And as online technology has advanced, groups such as the Islamic State of Iraq and Syria (ISIS) have dramatically increased the reach and influence of English-language calls to violence.

Gadahn, however, was not only the first American to incite extremism on behalf of Al Qaeda, but presumably until his death remained the primary English-language spokesman for Al Qaeda’s Central organization.

Gadahn’s first propaganda piece for Al Qaeda was an audio translation of an Osama bin Laden speech. In 2004, he began to appear in videos using the nom de guerre Azzam Al-Amriki and to promote attacks against the U.S.

In the ensuing years, he released multiple videos that reflected his anti-Semitic and anti-Christian views and were marked by threats against America and its allies.

Gadahn also called for lone-wolf attacks. In a 2011 video, he stated, "America is absolutely awash with easily obtainable firearms" and that listeners can "go down to a gun show at the local convention center and come away with a fully automatic assault rifle without a background check and most likely without having to show an identification card."  He concluded, "So what are you waiting for?"

Gadahn’s most recent video was released in May 2014. Like his previous statements, it featured calls for attacks against the U.S. as well as anti-Semitic rhetoric and concluded with clips of the Boston Marathon bomb­ing, fight­ing in Syria, and ter­ror­ism in Israel, includ­ing a brief video clip of Jews pray­ing at the West­ern Wall, Judaism’s holi­est site, fol­lowed by footage of an explosion.

Gadahn was also featured in an interview in the March 2013 issue of Inspire magazine, Al Qaeda in the Arabian Peninsula (AQAP)’s English-language propaganda magazine. In it, he called on his fellow propagandists to “make every effort to reach out to Mus­lims both through new media like Face­book and Twit­ter as well as the tra­di­tional broad­cast and print media.” Gadahn also used the interview to call for attacks against “Amer­ica and its NATO part­ners, par­tic­u­larly France and Britain.”

Gadahn was born in Oregon in 1978 and grew up in California. He converted to Islam as a teenager and allegedly grew radicalized shortly thereafter. In the late 1990s, Gadahn traveled to Pakistan and joined Al Qaeda.