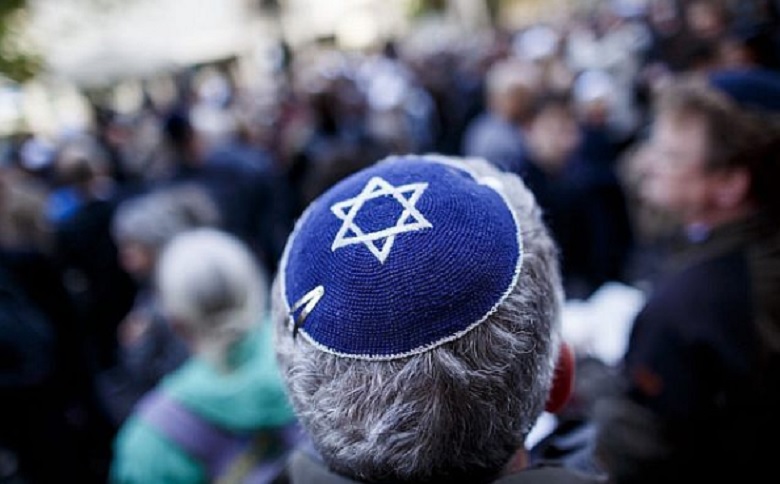 ADL’s latest ADL Global 100 Index poll of anti-Semitic attitudes in 18 countries sheds light on some of the prejudices present in Latin America. The poll was fielded between April and June 2019 in Eastern and Western Europe, Canada, South Africa, Argentina and Brazil. European and other countries with significant Jewish populations were selected for the 2019 survey. Using an 11-question index that has served as a benchmark for previous ADL polling around the world since 1964, the survey of more than 9,000 adults found that anti-Semitic attitudes in Argentina, Brazil, Poland, Russia, South Africa and Ukraine have seen marked increases since the last Global 100 survey.

Argentina and Brazil, the two Latin American countries polled in this 2019 follow up survey, are home to over 230,000 and 120,000 Jews respectively*, which accounts for approximately 70-75% of the Jewish population in Latin America. While Latin America is not monolithic, with some differences in culture, social and political systems, size of population and historical backgrounds, a snapshot of attitudes vis-a-vis Jews in these two larger Jewish communities provides a window into some of the prejudices facing Jews across the region.

The most notable upswing was attributed to the “dual loyalty” charge with 70% of Brazilians (up from 42%) and 57% of Argentinians (up from 42%) who believe that Jews are more loyal to Israel than to their own country. While most Latin American Jews, like most Jewish communities worldwide, embrace Zionism as the national movement of Jewish self-determination in the land of Israel, anti-Semitic stereotypes like “dual loyalty” are a dangerous reminder that Jews may be perceived as foreign and untrustworthy. This concern is starkly borne out in times of increased tensions in the Middle East, when Latin American Jews are insulted or even attacked because of a conflict thousands of miles away over which they have no control.

Similarly, the statement, “Jews still talk too much about the Holocaust” is believed to be true by 63% of Brazilians and 60% of Argentinians surveyed. While both countries saw a rise in their Jewish populations during and after World War II, these countries also attracted a fair number of Nazis who lived in hiding to avoid prosecution for their war crimes. As a result, the Holocaust looms in a very tangible manner in the national history of both Argentina and Brazil. This makes the poll’s findings on the Holocaust question particularly troubling.

Other stereotypes such as Jews “think they are better than others”, are “hated because of how they behave” and are “responsible for world wars” trended upward in Brazil. In Argentina, the index score rise was also attributed to the canard of “Jewish control of finance, business and media”. What's most striking is that in Brazil, 92% of those surveyed have had little interaction with Jews, and more than half have never met a Jewish person. Similarly, in Argentina, 73% of the survey respondents have seldom interacted with Jews, and 25% have never even met a Jewish person.

Support for the boycott, divestment and sanctions (BDS) campaign against Israel was found to be extremely low and had little overlap with anti-Semitic attitudes. About 85% of Argentinians and 77% of Brazilians surveyed indicated that they do not support the BDS movement.

The survey assesses only one measure of anti-Semitism: attitudes of the general public.  It does not take into account the number or nature of anti-Semitic incidents, nor the perception of the local Jewish communities regarding their safety. However, the ADL Global 100 Index data does provide a good gauge of perceived prejudices and allows for a deeper analysis into the anti-Semitic stereotypes present in a particular society, enabling governments, NGOs and local Jewish communities to consider educational, legal, advocacy, engagement and other actions to counteract anti-Semitism and hate.

*According to the Latin American Jewish Congress