Anne Frank’s Betrayal and the Sensationalizing of History 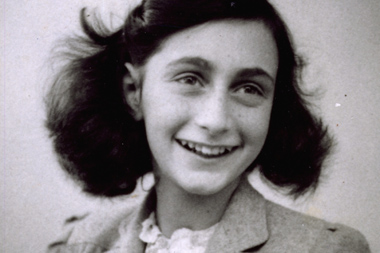 The story about the Jewish businessman and notary who allegedly betrayed the family of Anne Frank in hiding from the Nazis is one of the more slyly insidious ones that we have seen in some time.

For those who haven’t been following this controversy, here’s a short recap: A book by Rosemary Sullivan, a Canadian author, published in Amsterdam on January 17, claimed to identify the informant who turned the family of the now-famed Jewish Holocaust diarist over to the Nazis.

Only it turned out those the claims were most likely spurious – the entire enterprise tainted by investigative ineptitude and gross sensationalism.

“The Betrayal of Anne Frank: A Cold Case Investigation” was an immediate best-seller in part because of its sensational finding that the individual who allegedly turned in the Frank family was Jewish. But its conclusion, developed by a “cold case” team of investigators including a former FBI agent, were quickly called into question by historians, European Jewish leaders and experts on World War II.

In a thorough research report, five prominent Dutch historians argued that the book was “based on assumptions and lack of historical knowledge.” They concluded that the book’s thesis was “very weak, sometimes based on an evidently erroneous reading of the sources.” As a result, the Dutch publisher asked booksellers to remove the book from shelves, stopped publication entirely, and issued an apology.

But the damage was done. Not only had the book been picked up for publication in the United States by HarperCollins, but the CBS News program 60 Minutes ran a surprisingly unquestioning segment interviewing the investigative team, lending further credence to their project. The wholesale retailer Costco even named the book its February Buyer’s Pick.

So, under the stated intention of just trying to find out the truth behind the demise of Anne Frank and her family, the book’s author, publishers and 60 Minutes have turned one of the few at least partially upbeat stories of Jewish life and thought during the Holocaust into one of Jewish perfidy and treachery.

And the timing couldn’t be worse: antisemitism is flourishing once again, and Holocaust memory is diminishing with the death of survivors and the ignorance of the horror among younger generations.

There are now reports out of the Netherlands that the Jewish man, the one who supposedly sold out the Franks, was hiding out elsewhere in Holland in August 1944, making it highly unlikely that he would risk giving away his own hiding place to betray the Frank family hiding in the warehouse annex in Amsterdam.

If, indeed, this turns out to be the case, then the book and the piece by 60 Minutes took the Anne Frank story, which over time had become the symbol of the six million, and made it about her being a victim of Jews. This, unfortunately, has a familiar ring to it, and whatever the intentions, sounds a lot like a long list of conspiracy theories over the centuries about the Jewish people.

Still, let’s say there’s possibility that the claim was accurate. What justifies a book and a 60 Minutes report on this matter?

Anne Frank’s diary has been so inspirational and so widely disseminated for many reasons. Most significantly, it personalized and humanized the horrors of the Holocaust by focusing on the experience and storytelling of a bright young girl. It also offered a hopeful perspective amidst all the destruction, as Anne described her world in ways that seemed so normal and optimistic despite the circumstances in which she found herself.

More broadly, the Anne Frank story speaks to both the admirable aspects of those non-Jews who rescued their Jewish neighbors during the Holocaust and how rare these events were.  Anne Frank could only have written her memoir, which resonated around the world, because a brave non-Jewish family decided it was important to help their friends whose very lives were on the line.

There were others like them, but far too few. We know that had more people stood up, many more Jewish lives would have been saved.

The fact that in the end the Frank family was discovered was, of course, a tragedy, but it was hardly unique to the Franks. Jews were discovered and sent to their deaths all over the continent every day, and in the overwhelming majority – indeed, in almost all cases – it had nothing to do with what Jews did. Rather it was about what those surrounding them, either Nazis, local fascist groups, or local residents did not do.

The point is that the Anne Frank story is unique and has lasted so long because it was the only case where a family in hiding was able to provide an opportunity for a bright young girl to put down on paper her perspective on what it was like to be in that situation, with both its normal and abnormal characteristics – she was just a regular young girl, but she wasn’t.

The fact that the Frank story ended in tragedy was hardly unique. Millions of Jewish family stories ended that same way. It was the rule, rather than the exception. So, learning that it might have been a Jewish individual who played a role in revealing the hiding place of the Franks serves no purpose other to undermine the very reason why the story lives on.

Either way, whether the story of Jewish betrayal turns out to be false, which could indicate antisemitic conspiracies at work, or even if not, the book and the news coverage should not serve to turn the focus away from a beautiful young girl and the reminder from her diary of what was lost in the genocide of the Jewish people.

Ken Jacobson is a historian and Deputy National Director of ADL (the Anti-Defamation League).