The claim by Orlando shooter Omar Mateen that he acted on behalf of ISIS in perpetrating a shooting at a gay club draws attention to the role of anti-gay sentiment in Islamic extremist ideology and propaganda.

ADL analyzed past issues of Dabiq, ISIS’s English language magazine, and Inspire magazine, Al Qaeda in the Arabian Peninsula (AQAP)’s English-language magazine, to determine the scope of anti-gay rhetoric and threat in those publications. While these publications are only a limited sample of the overall field of online English-language propaganda distributed by foreign terrorist organizations, they serve to demonstrate the issues and language that these organizations use when targeting English-speaking audiences.

Our analysis indicates that anti-gay rhetoric played a smaller role than may have been expected. Neither group preached hatred of the LGBT population nearly as much as it railed against other groups, such as Jews and the U.S., for example. However,  both magazines did feature examples of anti-gay rhetoric and used homosexuality as a synonym for sin and immorality. 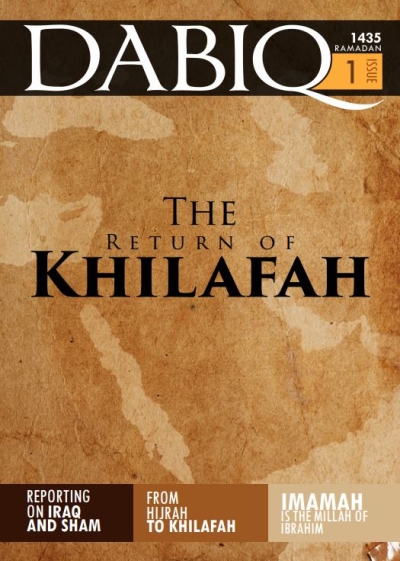 Cover of the first issue of Dabiq magazine

Dabiq, ISIS’s English-language magazine, was first released in July 2014. Since then, there have been 13 issues, with the most recent released in April 2016.

Dabiq included anti-gay rhetoric with much more frequency than Inspire. In addition to using homosexuality as an example of sin and immorality, Dabiq also had at least three quotes in which homosexuality was associated with the death penalty. The increased number of references and the violent nature of the references are consonant with ISIS’s broader propaganda, which has been more overt than Al Qaeda propaganda in highlighting violence against individuals and groups ISIS has targeted. This has included images of ISIS members murdering men accused of being gay by throwing them off of buildings.

Examples of statements in Dabiq that link homosexuality with a punishment of death include:

Examples that include homosexuality as a general example of sin or immorality include: 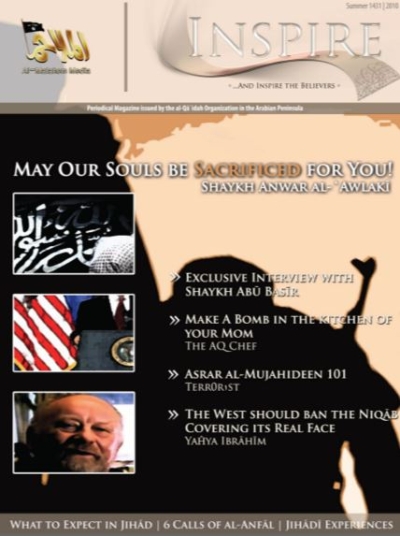 Cover of the first issue of Inspire magazine

Inspire magazine was first released in July 2010. Since then, there have been 15 issues, with the most recent released in May 2016.

We discovered at least three references to homosexuality in those 15 issues of Inspire.

In the third issue, released in November 2010, the magazine noted that a gay and lesbian synagogue had been among the locations targeted in AQAP’s 2010 cargo plane bomb plot, in which the group attempted to detonate explosives in packages with Chicago addresses in a cargo plane. Although the threat appeared to be directed against Jews more than against the LGBT community, it can be seen as a threat specifically to LGBT Jews as well.

In the magazine’s 8th and 10th issues, homosexuality is listed as an example of immorality.