Antisemitism in European soccer on the rise 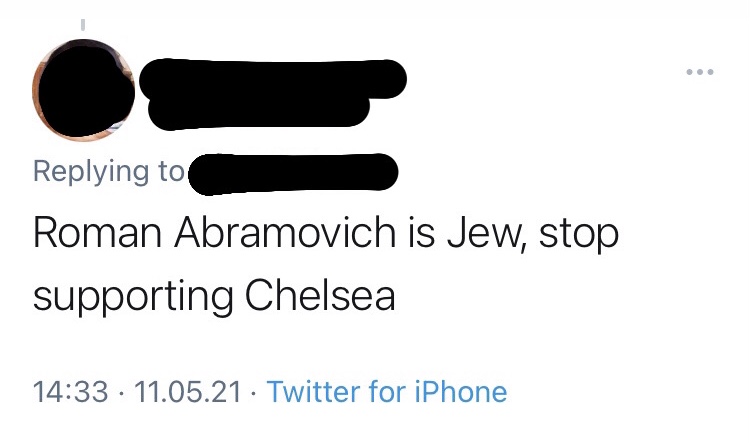 Just as Jewish individuals and institutions have been targeted with antisemitism during the recent conflict between Israel and Hamas in many European cities, antisemitic incidents have also occurred in European soccer stadiums and antisemitic vitriol has reached unprecedented levels online.

Antisemitism has always been present in European soccer. Fans have written antisemitic, racist, neo-Nazi slogans on banners, sung them in songs, and shouted them during physical attacks on fans of the opposing team. Some fans chant “Hamas, Hamas, Jews to the gas,” against an opposing team with some Jewish connection, including Ajax of Amsterdam and Tottenham Spurs in the UK. The president of the soccer team Offenbach Kickers claimed “tradition” as an explanation for their fans’ chant against their rivals, Eintracht Frankfurt: "Jew, Jew, Eintracht Frankfurt." He said, "I've known that since I was a kid, so it's not antisemitic.” The strategy of referring to “tradition” is still sadly used by many in the soccer world.

Among recent incidents on social media, the Jewish chairman of Tottenham Spurs, Daniel Levy, was the target of antisemitic abuse.  And Israeli soccer star Nir Bitton, who plays for the Scottish soccer club Celtic, was on social media in the wake of a defeat to another team.

The experience of Jewish Chelsea FC owner, Roman Abramovich, over the past three weeks highlights the phenomenon. He has been repeatedly targeted on Twitter with crude antisemitic abuse, with tweets reading:

-        “Jews really run the world. I was surprised to learn that Roman Abramovich is one.”

-        “[Chelsea head coach Thomas] Tuchel is not getting backed in the summer. He’s German and Abramovich is a Russian Jew.”

Abramovich has owned Chelsea FC for 18 years, but club officials say that he has never been personally targeted with such vitriol like he is today. Nothing happening in the Middle East can excuse such blatant antisemitism.

Some clubs have recognized problems with antisemitism and are actively engaged in efforts to address it. Chelsea FC has been a leading voice in European soccer against antisemitism, having run major education programs both for their fans and for a network of schools that Chelsea FC has adopted to promote its anti-racism agenda.

It’s not only high-profile Jewish owners who are targeted.  In Germany, a survey of the soccer players of the Jewish sports club “Makkabi Germany” found that two-thirds of the players have experienced antisemitism. One player estimated that chants of "you lousy Jew" and "you should've been gassed" happen at about 40% of their games.

Europe’s political leaders have noted this recent spike in incidents as well. Margaritas Schinas, Vice President of the European Union’s executive branch, this week reaffirmed that European soccer has no place for antisemitism.

Much work remains to be done to ensure that antisemitism is driven out of European soccer.  We welcome the efforts of leaders, on and off the field, who are speaking out when incidents occur and who are educating their communities about antisemitism.

European soccer is known for its intense competition, fierce rivalries, and committed fans.  Those great aspects of the sport will shine all the brighter when the stains of antisemitism are erased.