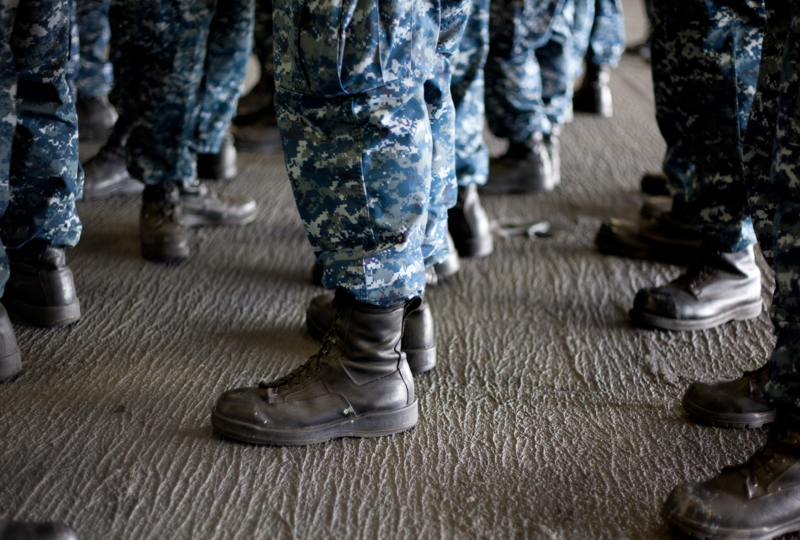 On September 27, 2021, the non-profit journalist collective Distributed Denial of Secrets (DDoSecrets) uploaded a cache of data allegedly linked to the Oath Keepers, a far-right anti-government militia, that included logs from the group’s private chatroom on Rocketchat, its emails from January 13 to September 19, 2021, and alleged membership information for more than 38,000 individuals. A review of these membership rolls found that 133 people provided emails with the “.mil” suffix, indicating a military association, while others alleged elsewhere in the document that they were currently serving in the military.

While the full veracity of the database has not been confirmed, open-source reporting has confirmed some of the individuals’ associations with the Oath Keepers. At least one Oath Keeper posted in the private chat that they were contacted by a reporter because their information was found in the database.

It is important to note that inclusion on this list does not mean someone is – or was – an active member of the Oath Keepers, only that at some point they signed up for membership. However, the fact that a member of the military joined the Oath Keepers at any point is extremely concerning and warrants further investigation.

Who are the Oath Keepers?

The Oath Keepers are a far-right anti-government militia whose members believe the federal government has been coopted by a shadowy conspiracy – often referred to as the New World Order – that is trying to strip Americans of their rights so that the people can ultimately be enslaved.

The group differentiates themselves from other militias by explicitly targeting current and former members of the military and law enforcement with their recruitment and messaging. Oath Keepers believe that if the federal government issues an unconstitutional order – often illustrated with extreme cases such as mass gun confiscation or illegally mass detaining Americans in concentration camps – it is up to the military and law enforcement to enforce these edicts, and they want to reach service members first so that they are prepared to refuse and resist these orders. Though Oath Keepers frame their objections in the language of constitutionality, these interpretations are typically not grounded in any legal basis and are warped by conspiratorial thinking; as a result, their objections are typically reflections of laws or regulations they disagree with.

The Oath Keepers have a history of engaging in criminal activity. Most recently and notably, at least 21 Oath Keepers have been arrested in connection with their actions during the January 6 insurrection in Washington, D.C., including 18 who were arrested (as part of the same case) and charged with conspiracy, obstruction of an official proceeding, destruction of government property and restricted buildings or grounds charges. Several of the arrested Oath Keepers previously served in the military.

The Oath Keepers first garnered national attention in 2014 and 2015 for their armed participation in disputes between ranchers or miners and federal agencies, most famously in Nevada where they joined the 2014 Bundy Ranch standoff against the Bureau of Land Management. Oath Keepers also participated while armed in a 2015 standoff in Lincoln, Montana between the White Hope Mine and the U.S. Forest Service and in the 2015 standoff in Josephine County, Oregon, between the Sugar Pine Mine and the Bureau of Land Management.

Oath Keepers have been arrested in connection with a wide range of criminal activities, including various firearms violations, conspiracy to impede federal workers, possession of explosives and threatening public officials.

The Oath Keepers have long claimed to have members of the U.S. military among their ranks, and until recently advertised on their website that they had members in the Army, Navy, Air Force, Marine Corps and others. Despite these claims, it has been difficult to determine the extent of Oath Keeper participation in the military. 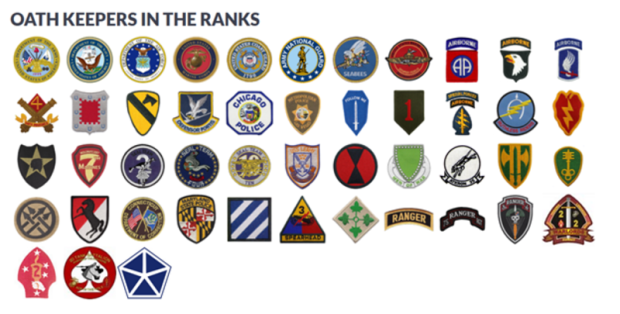 Screenshot of Oathkeepers.org, captured on December 31, 2020.

However, the recent hack provides some insight into this question. A review of the recently released membership rolls found 133 individuals who allegedly provided e-mail addresses with the suffix “.mil”, including individuals in the Army (evidenced by an “us.army.mil” email), Navy (us.navy.mil), Marines (usmc.mil) and Coast Guard (uscg.mil). A few went further and made comments on the membership rolls expressing support for the Oath Keepers and their willingness to further the group’s “cause”:

There are three caveats regarding this information. The first is that it is not clear whether these individuals remain active within the Oath Keepers; it is possible that some signed up and then never participated in any activities or left at some point for whatever reason. Second, it is unknown whether these individuals are still part of the military. There is evidence that some of the information within the database is dated and it is possible that the individual in question has since left their position within the military.

Finally, it is likely that additional members of the armed services signed up for the Oath Keepers but did not use a military email address. While it is difficult to ascertain just how many service members did this, there is ample evidence that some have. While many of the military personnel within these rolls were easily identifiable by their use of the “.mil” suffix, others revealed their affiliation in membership roll comments:

Other individuals who claimed to be members of the military have e-mailed the Oath Keepers and asked for more information. On January 19, 2021, one individual wrote: “I am Active Duty [sic] Army. 7 years in. I am stationed at FT Hood, TX. I was wondering what was required to become an oathkeeper. [sic] I’m not liking what the world is coming to and have a growing concern for our nation. Please let me know how I can get involved.” Similarly, another individual wrote the group on September 15, 2021: “I am active duty [sic] Navy stationed in the Fargo area…I love what my country is supposed to be and this tyrannical idiocy is crushing the freedom out of me and mine. Any opportunity y’all have for me to do something please let me know.” While there is no indication that these individuals ultimately signed up with the group, their use of a private e-mail address to interact with the group suggests that others are doing the same.

Challenges Posed by Members of Military in the Oath Keepers

In March 2021, the ADL’s Center on Extremism published a report detailing the challenges posed by extremists within the ranks of the military. These include:

All these dangers are of concern when it comes to any Oath Keepers that are part of the military. Of additional concern: clashing oaths. When an individual joins the Oath Keepers they are encouraged to swear an oath that lists orders they will not obey, which differs significantly from the oath individuals typically swear when joining the armed services. This could create a conflict if an Oath Keeper refuses to enforce an order that violates Oath Keeper guidance regarding what is and what is not constitutional, even if it is ordered by a superior and deemed constitutional by the courts.

Finally, members of the military receive specialized training to enable them to be effective in combat, and these same skills could be used to advance any kinetic activity engaged in by the Oath Keepers, for example during stand-offs with the federal government over mining or cattle rights, or during an insurrection to stop the certification of an election and impede the peaceful transfer of power.