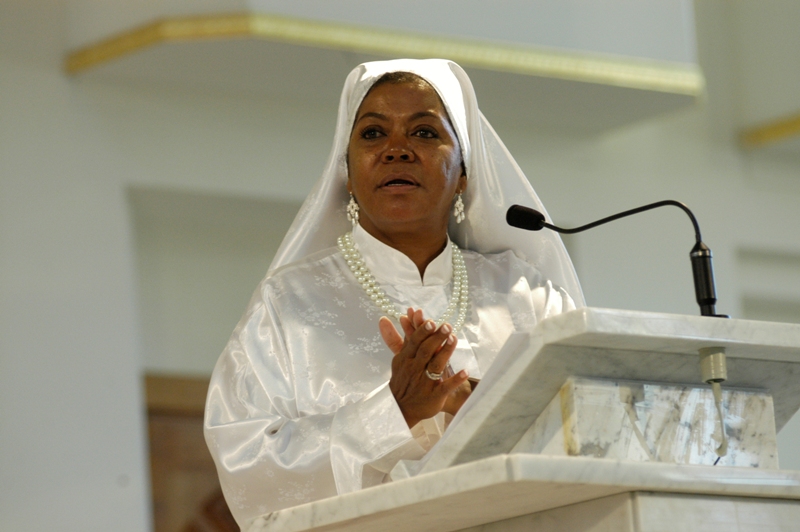 Nation of Islam (NOI) leader Louis Farrakhan is not the only NOI member fomenting anti-Semitism these days. In recent weeks, his spokesperson, Ava Muhammad, has been loudly sharing anti-Semitic conspiracy theories.

An NOI Mother’s Day panel in New Orleans on May 11, “Testimonies of Extraordinary Women,” consisted of a nearly three-hour-long panel of four women, including Ava Muhammad, praising Farrakhan. When asked by an audience member why it’s necessary for him [Farrakhan] to keep attacking the Jewish community, and how those attacks benefit the African-American community, the crowd responded with laughter, perhaps anticipating Muhammad’s answer. Her fiery response seemed to satisfy their expectations: Calling Jews “godless,” and bringing the crowd to their feet, Muhammad proclaimed, “We will be free of this bloodsucking parasite so they will no longer be able to sell us alcohol, drugs, depraved sex, and every other type of low-life thing that is keeping us from hereafter.”

Click here to watch the video of Muhammad's comments.

Farrakhan Blames Jews for 9/11 Attacks, Reaffirming His Status as the Leading Anti-Semite in America