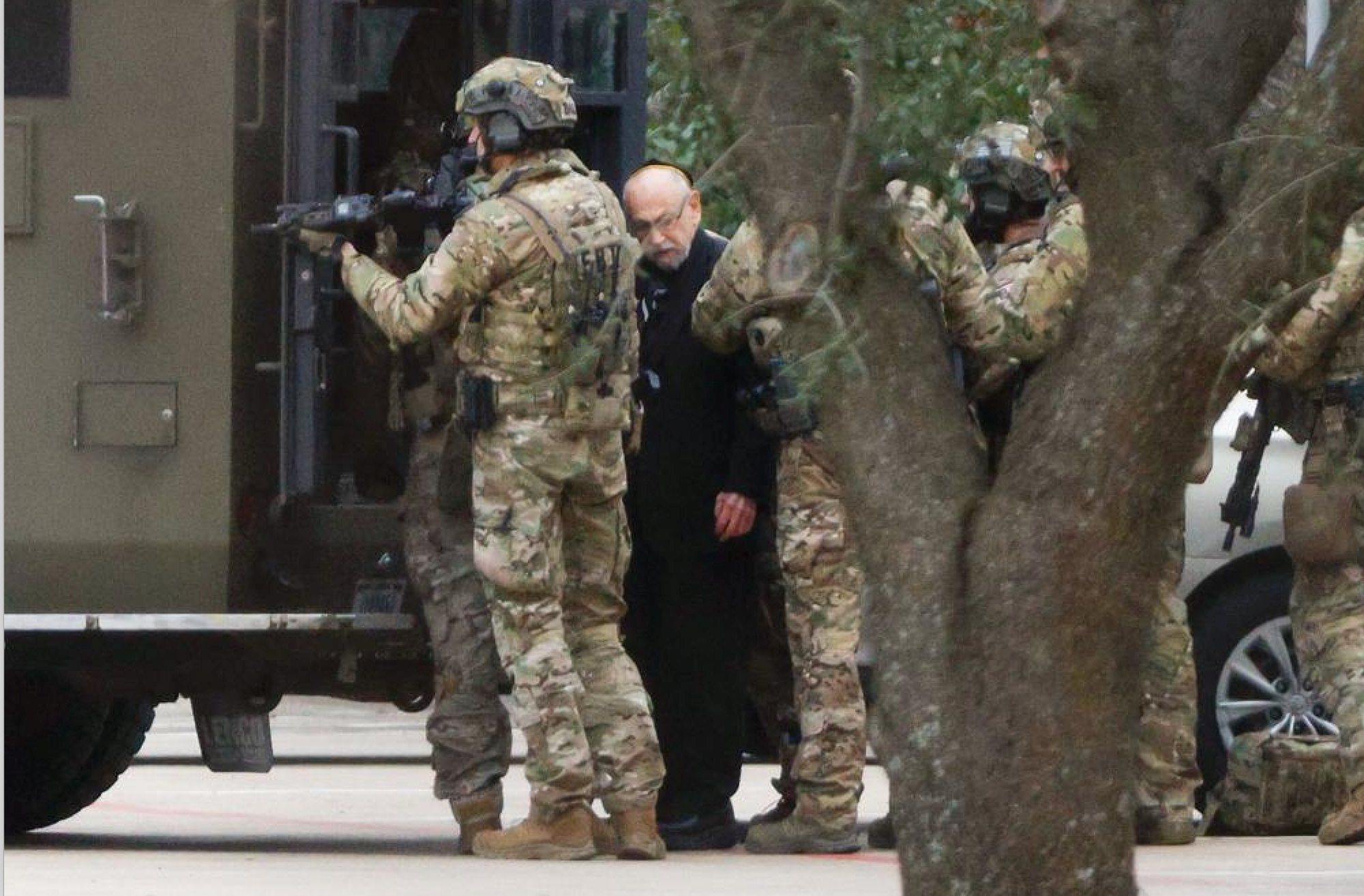 The synagogue was streaming its service on Facebook when the perpetrator entered the building and the initial period of the tense standoff was captured on camera. Late in the afternoon, the suspect released one congregant, and the remaining three were freed by the FBI's Hostage Rescue Team. The suspect was pronounced dead by Colleyville Police Department.

The attacker allegedly demanded the release of Aafia Siddiqui, who is serving an 86-year prison sentence at the Federal Medical Center (FMC) Carswell in Fort Worth, Texas, roughly 20 miles from the synagogue. Members of Siddiqui’s family and local Muslim leaders immediately denounced the hostage-taker’s actions.

Siddiqui is a Pakistani woman who studied neuroscience at Brandeis and MIT in the 1990s and returned to Pakistan in 2003. She allegedly worked as a courier and financier for Al Qaeda. She was taken into custody in 2008 in Ghazi, Afghanistan, where she shot at visiting FBI and Army personnel. She was extradited to the U.S. and charged with assault and attempted murder of U.S. nationals in Afghanistan.

Jihadist groups, such as ISIS, Al Qaeda and the Taliban, have advocated repeatedly for freeing Siddiqui for the past decade. In 2012, the Taliban offered to return captured soldier Bowe Bergdahl to the U.S. in exchange for Siddiqui. Although the Department of Defense quickly rejected this offer, it ultimately agreed to a prisoner swap of five high-level Taliban officials to secure Bergdahl’s return.

ISIS has offered up American prisoners, including Kayla Mueller, James Foley, and Steven Sotloff, in return for Siddiqui. Al Qaeda in the Arabian Peninsula claimed to have offered an exchange for American journalist Luke Somers, and in December 2011, Al Qaeda leader Ayman al Zawahiri offered American contractor Warren Weinstein in return for Siddiqui’s release. In addition to bargaining for her release, there has been at least one previous plot to free Siddiqui via a violent attack.

In April 2014, Abdirahman Sheik Mohamud from Ohio traveled to Syria to join the Al Qaeda-affiliated jihadist group Jabhat al Nusra. He received training from the group in Syria and returned to the United States two months later, with instructions from his Jabhat al Nusra handler to organize a cell of militants and carry out an attack to free Siddiqui. Their plan was to take hostages either among random civilians or soldiers near the prison and use these hostages to demand her release. Not only is this the first known plot to free Siddiqui, but it also remains the only recorded operation planned by returning American foreign terrorist fighters.

In the last 10 years, activist groups including CodePink and CAIR have also pleaded for Siddiqui to be released, alleging fabricated charges and unfair treatment. In 2015 and 2016, there were rallies in New York. In 2021, activism around her regained momentum and CAIR called for her release, held at least one press conference and was part of a coalition of groups to protest outside the Pakistani consulate. Pakistani Prime Minister Imran Khan has also advocated on her behalf.

Additional reporting indicates Aafia Siddiqui has made numerous antisemitic comments since her incarceration began, alleging a “Jewish conspiracy.” She reportedly attempted to dismiss her attorneys because they were Jewish, and demanded potential jurors be “DNA” tested to ensure no “Zionists or Israelis” were seated.  At least one account reported that when her sentence was announced, Siddiqui raised a finger in the air and said, “This is a verdict coming from Israel, not America. That’s where the anger belongs.”