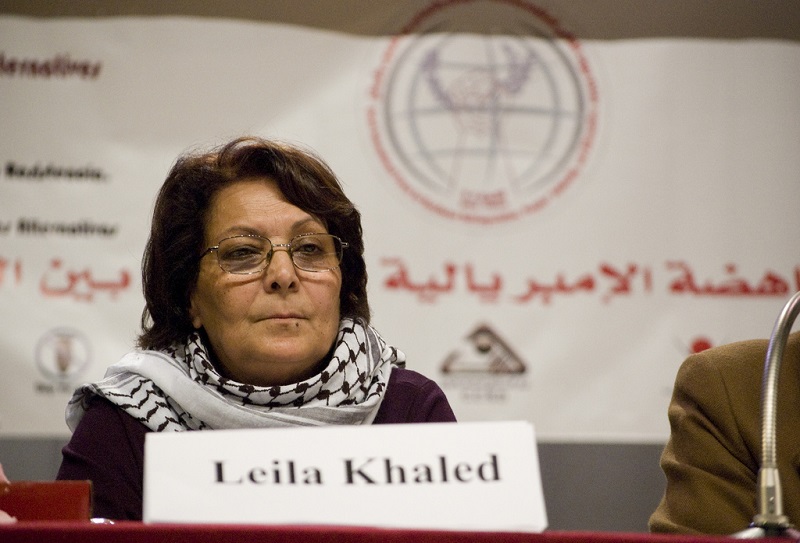 Leila Khaled is a longtime active leader of the Popular Front for the Liberation of Palestine (PFLP) and is well-known for her role in the hijacking of two civilian airliners, TWA Flight 840 in 1969 (bound for Tel Aviv from Rome) and El Al flight 219 in 1970 (traveling from Amsterdam to New York City).

In 1997, PFLP was designated as a terrorist organization by the United States Department of State, which cites the group as having carried out “large-scale international attacks in the 1960s and 1970s, including airline hijackings that killed more than 20 U.S. citizens.” PFLP is also responsible for numerous terror attacks against Israeli civilians in Israel and the West Bank, including a bomb attack that killed 17-year-old Israeli Rina Shnerb in 2019 and a shooting and meat cleaver attack that claimed the lives of four worshippers in a Jerusalem synagogue in 2014.

Khaled is also a member of the Palestine Liberation Organization's (PLO) Palestinian National Council (PNC) and is widely viewed as a feminist icon within the Palestinian national movement.

In recent interviews, Khaled continues to promote the view that the Palestinian national movement should use “armed struggle” to achieve its goals: