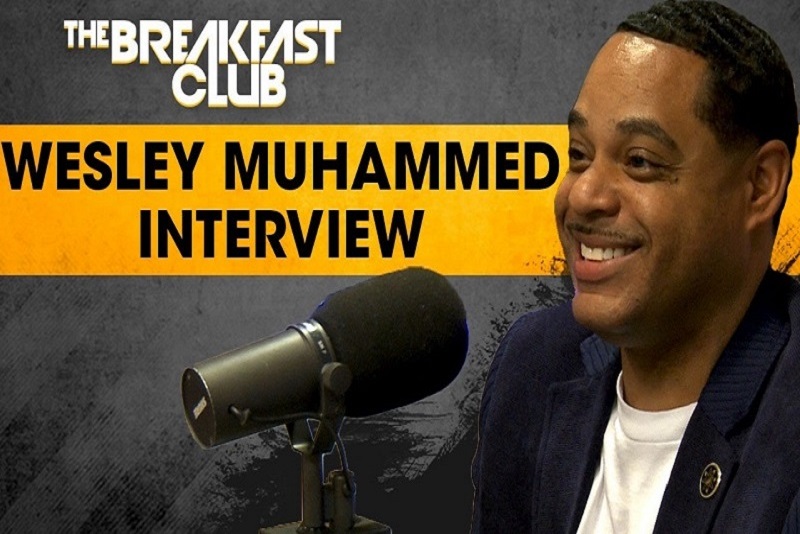 Nation of Islam Leader Reprises "Vintage" Anti-Semitism; ADL Says Farrakhan's Racism 'As Ugly As It Ever Was'

During a September appearance at a mosque in Chicago, Nation of Islam student minister Wesley Muhammad claimed that Jews and the U.S. government are engaged in a “Pot Plot” to emasculate black men and turn them into homosexuals by distributing specially modified versions of marijuana. Muhammad has been dabbling in this conspiracy theory since 2016, and proposed a similar version in a June 2017 interview on Power 105.1’s The Breakfast Club, a nationwide syndicated radio show.

During his nearly two-hour long tirade at the Chicago mosque, Muhammad explained that the “Pot Plot is not the paranoid racial fantasizing of your brother, but the Pot Plot is the actual scheme of your enemy.” He continued, “It’s the US government and the Synagogue of Satan’s scheme to use manipulated marijuana along with other drugs to de-masculinize and feminize the black male of America.” (The “Synagogue of Satan” is a phrase that Louis Farrakhan, NOI’s leader, uses to refer to Jews.)

Muhammad referred to a number of slides identifying the Jews as the main culprits in this scheme against black people: “While it cannot be said that the Pot Plot that we are exposing is a strictly Jewish conspiracy, the Synagogue of Satan is the key player, along with the US government and its agencies and assets. Before you wise breeders started making devil in your backyards, The Devil was producing enhanced weaponized marijuana in the laboratory of the US chemical corps in the 1950s and the 1960s. You backyard growers weren’t the first to enhance THC by cross-breeding. Before you got the idea the devil was making devil cannabis in the laboratories. Take a good look at these key figures of the Pot Plot; some Jews, some gentiles.”

Muhammad’s “Pot Plot” hypothesis is just the latest in a long line of NOI conspiracy theories about Jews, including: Jews were the architects of the transatlantic slave trade, Jews masterminded the rebirth of the KKK, and Jews and Israel played a role in orchestrating the 9/11 attacks.