Pakistan’s Antisemitism May Be a Ticking (Nuclear) Time Bomb 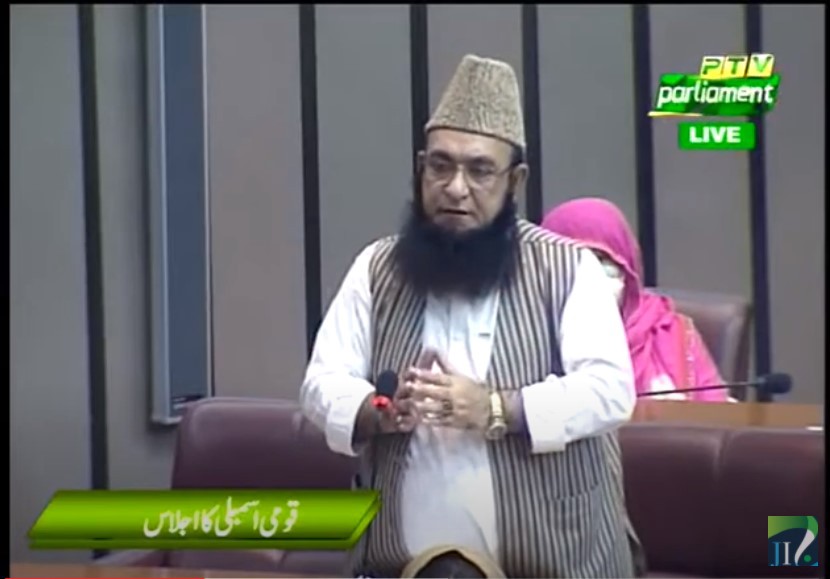 Note: This article was originally published on Medium on July 14, 2021.

By Farahnaz Ispahani and Johnnie Moore

“Did we make atomic bombs to show them in a museum? We don’t need missiles, atomic bombs or a huge army if they can’t be used to liberate Palestine,” said the member of parliament amidst the 11 day conflict between the State of Israel and Hamas terrorists last month.

Exactly what you’d expect coming from the Islamic Republic of Iran, right?

Well, in this case, you would be wrong.

Those words didn’t come from the lips of the world’s most antisemitic regime. No, the call for nuclear war against Israel also didn’t come from a nation simply with nuclear ambitions but from a country that already has nuclear weapons.

The responsible party was Maulana Chitrali, a parliamentarian in Pakistan, speaking as thousands of Iranian-supplied rockets were being flung by Hamas terrorists at Israeli civilians last month.

This parliamentarian represents the same Pakistani government, of course, which has received more than $5 billion in civilian assistance and over $20 billion in military assistance from the United States government since 2009. It is the same Pakistani government for whom the United States has routinely been the top donor nation. Not to mention, it is a country which has more recently awarded America’s benevolence with ever increasing ties to the Communist Party of China which recently constructed Pakistan’s largest nuclear plant even as it continues to viciously persecute millions of Uyghur Muslims.

Of course, we don’t mean to suggest that the actual Pakistani people reflect the sentiment of the extremists in their government hijacking their proud history. We by no means are even suggesting the Pakistani government is the same as the Islamic Republic of Iran (no nation in the world can compare to Iran), but we do believe the Pakistani government is on an alarming trajectory — the warning lights are blinking red. It’s time for the country to seek the help of friends and allies — including Arab allies — to address the mainstreaming of Islamism in every part of the country before it’s too late.

There are myriad examples of Pakistan’s antisemitism beginning with the brazenly antisemitic tropes deployed by Pakistan’s foreign minister Shah Mehmood Qureshi in an CNN interview with Bianna Golodryga recently. The foreign minister’s audacity was breathtaking as Pakistan’s chief diplomat let the bigotry effortlessly flow on international television lamenting that Jews have “deep pockets” and “control the media.” His words aligned almost exactly with the rant of another Islamist member of parliament who similarly called for Muslims to pursue “world domination like the Jews.”

On top of Pakistan’s already dismal record on protecting the rights and safety of its religious minorities, it has now clearly become one of the most virulently antisemitic countries on earth. This year, for instance, Pakistan’s high court also released the terrorist murderer of the American, journalist Daniel Pearl whose last words included this powerful phrase: “I am a Jew.”

Outside the Pakistani parliament a few weeks ago, a leader of the fundamentalist Tehreek-e-Labbaik Pakistan (TLP), which recently rioted to demand expulsion of the French ambassador over blasphemy against Islam by his countrymen, declared that “Pakistani Muslims will sacrifice their youth and lives, but they will not accept the filthy feet of Jews in Jerusalem.”

Even Pakistan’s Minister of State for Parliamentary Affairs, Ali Muhammad Khan, quoted from ‘The Protocols of the Elders of Zion’, one of the most widely circulated antisemitic texts throughout the broad Islamic world, days before the Foreign Minister’s — now infamous — CNN appearence.

It is all a far cry from when Pakistan, after its birth in August 1947, was a homeland for not only South Asia’s Muslims but also a vibrant and, religiously diverse community, that included millions of Christians, Shiites, Ahmadiyya, Hindus and Sikhs. Pakistan’s original capital, Karachi, boasted countless mosques of various types, beautiful Catholic and Protestant churches, a Jewish synagogue, Zoroastrian fire temples, as well as Jain and Hindu temples devoted to various deities. Pakistan’s first Nobel laureate Dr. Abdus Salam was an Ahmadi.

Now, Pakistan’s government is increasingly a safe haven for bigotry almost unrivaled in the world as its leaders have allowed extremism and terrorism to migrate from its relative isolation in the country’s northwest terrorities to occupying every corner of the country and even the dais in parliament. In addition to oppressing their own religious minorities, Pakistan’s extremists increasingly encourage and fund extremists in other Muslim countries.

For some time, some of Pakistan’s friends and benefactors, including the United States, have urged Pakistan to curb its extremism while changing laws and curricula that incite it. It’s high time for the Pakistani government to take these efforts more seriously and it begins with dispensing of a sense of self-defensive and denial.

We hate to see the beautiful, brilliant people of Pakistan continue to be drawn down the present path by the country’s Islamists.

Of course, Pakistan’s antisemitism isn’t its only problem — far from it — but its brazenness is a key indicator that the overall situation may be deteriorating more quickly than some may realize. History reminds us: neglect this problem and there will be bigger, more-difficult-to-solve problems. We write to raise an alarm.

Farahnaz Ispahani and Johnnie Moore together serve on the ADL's Task Force for Middle Eastern Minorities. Ispahani is a former member of the National Assembly of Pakistan and Moore twice served on the U.S. Commission for International Religious Freedom.

The words and views expressed below reflect that of the authors, and do not necessarily represent ADL.