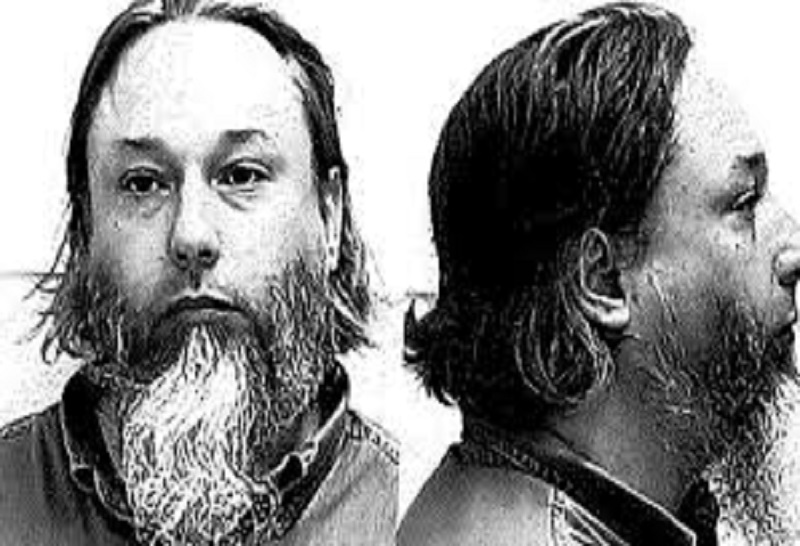 On March 13, members of the FBI’s Joint Terrorism Task Force swooped into the tiny unincorporated community of Clarence, Illinois, to arrest four people on charges of possession of fully automatic weapons.

But the real attention-grabber was the revelation in the related criminal complaint that three of them are also suspects in two 2017 terrorist pipe-bomb incidents.

On August 5, 2017, a pipe bomb exploded at the Dar Al-Farooq Islamic Center in Bloomington, Minnesota. On November 7, someone attempted to detonate a similar pipe bomb at the Women’s Health Practice in Champaign, Illinois, a clinic that performs abortions. In the first case, no one was injured. In the second, the bomb failed to explode.

The suspects are members of a small militia cell that has called itself variously the White Rabbit Militia, the Patriot Freedom Fighters and the Patriot Freedom Fighters of Illinois 3%.  The militia group may have begun as an informal cell before adopting a more formal posture in late 2017, when it released a manifesto of sorts on Amazon, created a website and videos, and began posting about its existence on militia discussion forums. Their manifesto, dubbed “The White Rabbit Handbook,” proclaimed that the group was a “revolutionary group” working for a return “to the Old America of the good old days” and claimed to use “guerilla warfare tactics to fight against enemies of the people.”

The militia movement is an anti-government extremist movement that focuses on opposing the federal government, which it believes is in league with a shadowy conspiracy to disarm and enslave Americans. However, since the election of Donald Trump, a candidate the movement strongly supported, militia groups have focused less on the federal government and more on other perceived enemies, including Muslims.

Militia groups have taken part in numerous armed protests at mosques and, in October 2016, the FBI arrested a small Kansas militia cell for plotting to blow up an apartment complex that was home to a large number of Muslim immigrants from Somalia.  The Anti-Defamation League has been concerned since that incident that other militia cells might attempt similar acts of violence against Muslims.

Hari appears to be the ringleader of the Patriot Freedom Fighters, responsible for much of the group’s public communications.  Like some past militia figures arrested for terrorist acts or conspiracies, Hari was dismissive of much of the rest of the movement for their inaction.  Posting to a militia discussion forum as “Illinois Patriot” in January 2018, Hari decried the movement for “always setting a line in the sand for rebellion, never following it up with action” and accusing militia groups of “sitting on their butts and preening themselves.”

Hari has a colorful past, including a short stint as a sheriff’s deputy as well as a failed run for sheriff as a Libertarian candidate. He also allegedly owned a gun shop for a time.  An adherent of the Amish-like Old German Baptist Brethren sect, Hari abducted his children from his ex-wife in 2005 and spirited them across the border to Mexico and Belize, to stay with Mennonite communities there. The incident was featured several times on the “Dr. Phil” television show, which persuaded Hari to return with his daughters to the U.S. the following year.  He was arrested and later convicted on child abduction charges.

In 2017, Hari started a new company, an ostensible “global security firm” dubbed Crisis Resolution Security Services, through which Hari hoped he could get a large contract to build the border wall sought by the Trump administration.  Hari told a reporter from the Chicago Tribune that he thought of the wall not just as a physical barrier, but “also as a symbol of the American determination to defend our culture, our language, our heritage, from any outsiders.”

Hari is also owner of another company, Equicert, which purports to be a food safety auditing company.  In early 2018, Hari sued the federal government to declare the Food Safety Modernization Act unconstitutional.

A recent criminal incident started a chain of events that resulted in the arrest of Hari and the other members of the group by the Joint Terrorism Task Force.  In July 2017, Hari was arrested for allegedly assaulting a neighbor, holding the neighbor face down and putting an airsoft pellet gun to the back of his head. According to the subsequent federal criminal complaint, Hari’s group planted pipe bombs in the neighbor’s backyard in early 2018, then anonymously tipped off the ATF to the presence of the bombs, in an attempt to retaliate against or discredit the neighbor.

Hari also attempted to use the incident to draw support from the wider militia movement, posting an “urgent request for help” on a militia discussion forum in March, claiming that Clarence had been “terrorized for almost ten days by federal and local authorities,” claiming that “several of us have gone underground and desperately need support.”  It does not seem, however, that Hari got support from any other militia group. In another, similar post, Hari said that one of the group’s members had been arrested “for a (BS) weapons charge,” which may have been the real reason for Hari’s concern.

At that point, however, the federal government had already been investigating the group for some time, as it had been alerted by two informants in December 2017 and January 2018 to the group’s possession of weapons and explosives.  The bomb incident with the neighbors in February gave the investigation a greater sense of urgency.  Investigators subsequently found a bag containing four shotguns and four assault rifles, three of which were later found to be fully automatic, according to the criminal complaint.

When questioned by authorities, McWhorter reportedly admitted to taking part in the bomb incidents in Minnesota and Illinois with Hari and Morris.  He also told investigators that the three men and Mack were responsible for robbing three Illinois Wal-Mart stores as well as a home invasion of a residence in Indiana in December 2017, which they believed to be the home of a drug dealer they could rob.  Right-wing extremists on several previous occasions have attempted to rob suspected drug dealers for money for their activities.