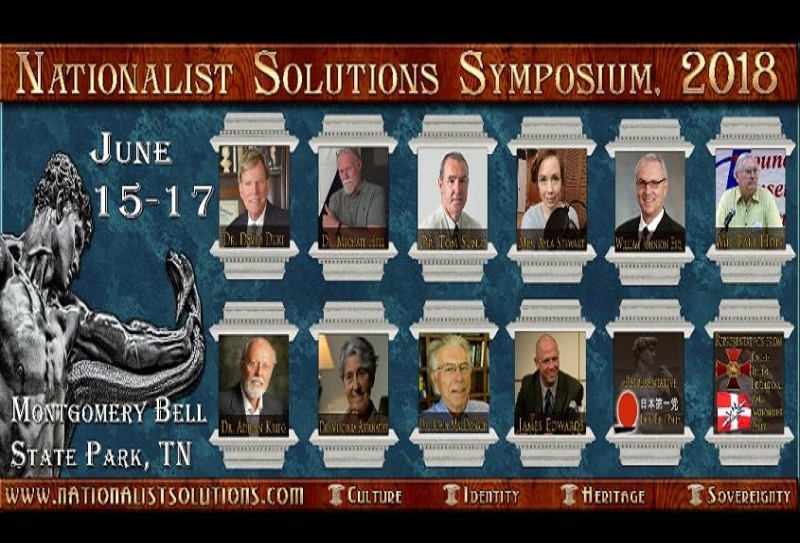 “I am the best known white activist in the world,” Duke said during his two-hour long diatribe, “and nobody in the whole world has educated more people about the Jewish issue than I have.” His often unfocused remarks circled back repeatedly to anti-Semitic conspiracy theories, the Jewish “penetration” and ruination of American culture. Duke referred to Trump's election as an “awakening for our people,” adding, “Europeans are waking up all over the world.”

“I do think it is time to talk about organized Jewry, the Jewish leaders, the Jewish establishment, the Jewish elite that is driving, driving the destruction of European mankind,” Duke continued. “That’s sapping the will of our people to save ourselves. That’s driving, the driving force behind things like pornography.”

Other speakers included James Edwards, who runs white supremacist radio show “The Political Cesspool;” Tom Sunic, a white supremacist former professor and author who is originally from Croatia; Virginia Abernathy, professor emeritus at Vanderbilt University and a virulent opponent of non-white immigration; and Rachel Pendergraft, one of the leaders of the Knights Party, a longstanding Ku Klux Klan group. CCC leader Earl Holt and William Johnson, the head of the American Freedom Party, spoke along with Makoto Sakurai, the pen name of the founder of the nationalist Japan First Party.

Identity Evropa associate William Clark was there as the U.S. representative for Swedish white supremacist publishing house Arktos Media, which has partnered with IE in its efforts to disseminate hateful propaganda on college campuses nationwide.

The Council of Conservative Citizens: Declining Bastion of Hate