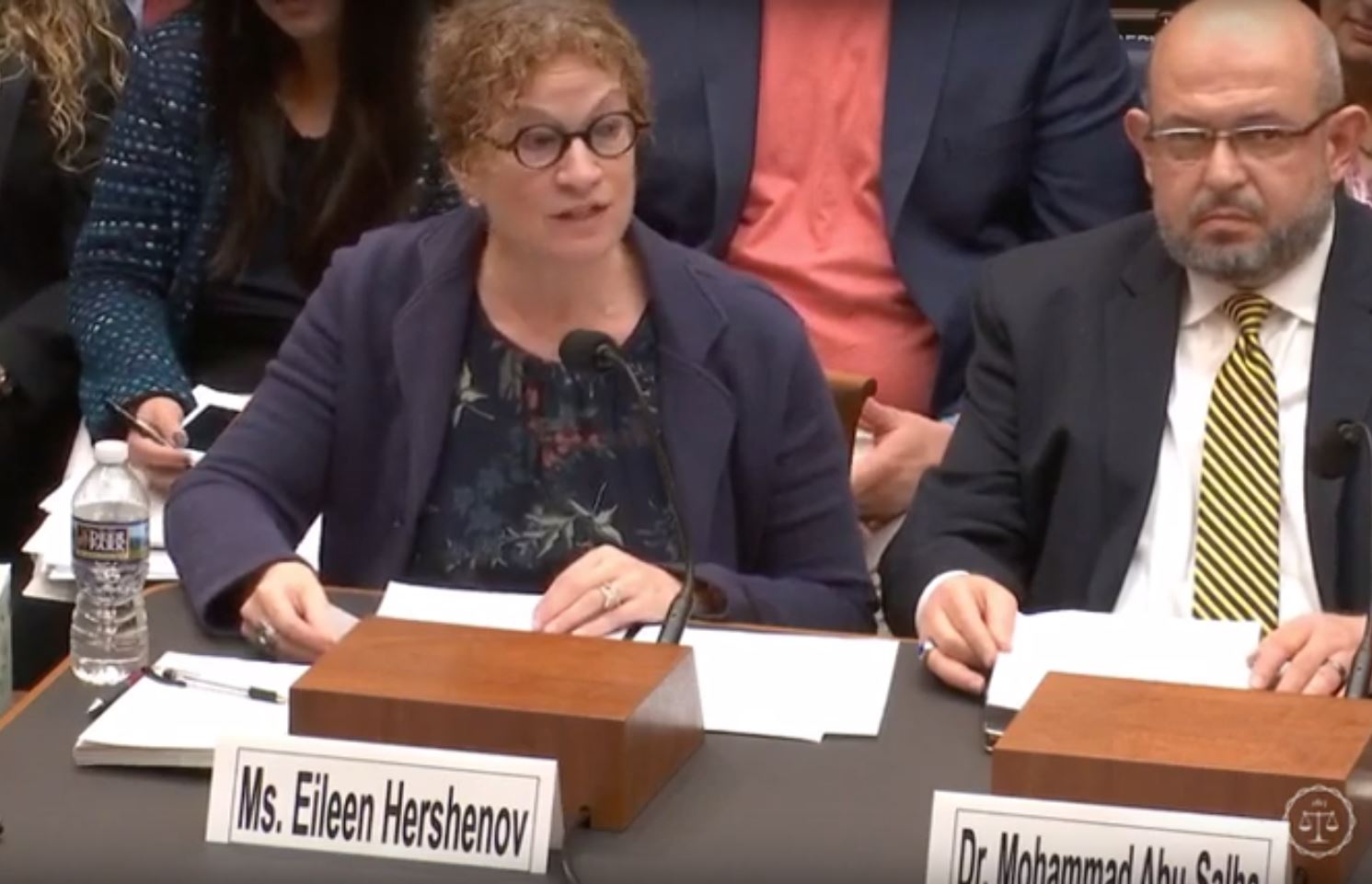 Mr. Chairman, Ranking Member Collins and Members of the Committee, good morning.  I am Eileen Hershenov, Senior Vice President for Policy at ADL.

Please let me first say thank for your leadership in recognizing the importance of addressing the increase in hate crimes and the resurgence of white supremacy. I appreciate the opportunity to discuss topics my colleagues and I are focused on every day.

Second, I’d like to thank my fellow panelists for their perspectives today. Especially Dr. Abu-Salha, thank you for bravely sharing the painful story of your daughters’ murder. Such horrific crimes affect entire communities, but I know they affect the families most of all and I am so sorry for your loss.

Since our founding in 1913, ADL’s mission has been to “stop the defamation of the Jewish people and to secure justice and fair treatment for all.”

ADL is one of the foremost non-governmental authorities on domestic terrorism, extremism, hate groups, and hate crimes. For many decades, we have been tracking white supremacists and other extremists, and we have been developing strategies to address these threats. In 1985, we issued a report on how white supremacists communicated on dial-up computer bulletin boards, and we have been working to combat the spread of hate and extremism online ever since, including partnering with the tech industry.

You have my full testimony, but allow me to highlight a few points for you:

White supremacists in the United States have experienced a resurgence in the past three years, driven in large part by the rise of the alt right. There is also a clear corollary, as our research shows, to the rise in polarizing and hateful rhetoric on the part of candidates and elected leaders. This is a particularly dangerous problem; white supremacists have been responsible for more than half (54%) of all domestic extremist-related murders in the past 10 years. And in the last year that figure has risen to 78% of all extremist-related murders – that is, white supremacists were responsible for more than ¾ of all domestic extremist murders in 2018.

So, there is a crucial need for this hearing, focusing on white nationalism– not because other types of extremism aren’t dangerous, but because we as a society, our laws, and our elected leaders have not focused sufficiently on the rising threat of white supremacy.

The other driving force for the resurgence of white supremacy is the role of social media in enabling this hate to spread.

Just this morning, ADL issued a new report documenting how before carrying out hateful attacks in Pittsburgh and New Zealand, the alleged white supremacist gunmen frequented fringe social networking sites -- like Gab and 8Chan -- that act as echo chambers for the most virulent anti-Semitism and racism, and act as active recruiting grounds for potential terrorists.

As you craft policy responses to these complex challenges, we believe these must include:

I also have detailed recommendations for the tech industry, which are included in my written testimony.

Finally, I implore you and all public leaders to consistently call out bigotry and extremism at every opportunity. We all have a responsibility to make clear that America is no place for hate.

Thank you. I am happy to take any questions the committee might have.