This Passover, Think of the Modern Plagues 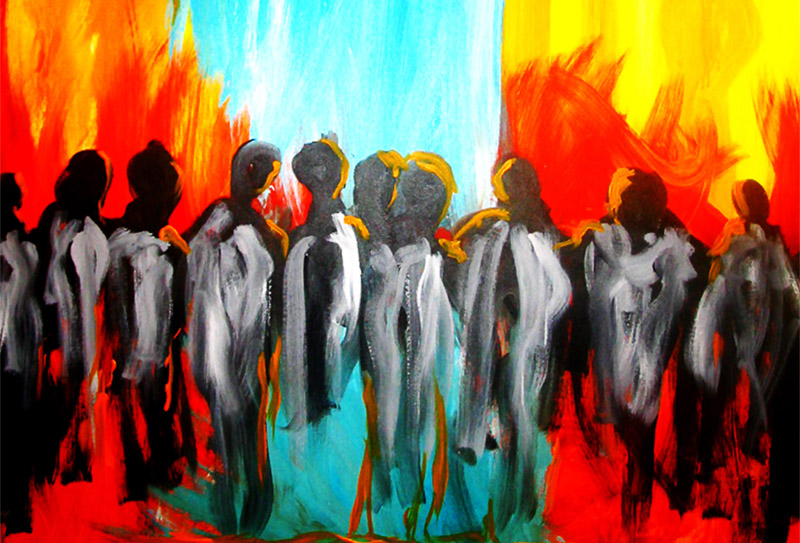 Next Year May We All Be Free

As Jews celebrate freedom, let’s reflect on 10 modern plagues that still oppress so many—and identify actions we can take to help.

For many in the American Jewish community, anti-Semitism feels closer, more pervasive and more threatening than ever. In October 2018, in the deadliest attack in history on the Jewish community in the U.S., a white supremacist gunman entered the Tree of Life Synagogue in Pittsburgh and killed 11 congregants and wounded others.  Jewish cemeteries and institutions are targeted with bomb threats and vandalism.  Anti-Semitism online continues to flourish and hate crimes against Jews are on the rise. Recent FBI data showed a 37% spike in hate crimes targeting Jews and Jewish institutions in 2017.

Racism still plagues America. In approximately six out of ten hate crimes, the perpetrators target the victims because of their race or ethnicity. Although Brown v. Board of Education officially ended segregation more than 60 years ago, more than 15,000 schools in the U.S. are still considered segregated. Systemic racism permeates our education system, our criminal justice system, and other institutions.

Take Action: Read White Privilege: Unpacking the Invisible Knapsack, by Peggy McIntosh and talk about it with your family and/or friends.

Anti-Muslim bigotry has spiked in the United States. Threats, violence and acts of vandalism have targeted Muslims and those perceived to be Muslim around the country.  In 2018, the Supreme Court upheld President Trump’s third iteration of a Muslim travel ban, which is rooted in anti-Muslim bigotry. Many girls and women report being afraid to wear a hijab in public.

Take Action: Learn how to become an effective ally. This cartoon from the Maeril Art Blog explains step by step what you can do if you see Islamophobic harassment.

Despite some progress in laws and attitudes, the LGBTQ community still faces very substantial discrimination and harassment. LGBTQ Americans remain unprotected from discrimination in 30 states and state lawmakers around the country continue to attempt to strip LGBTQ rights or pass legislation that would sanction government discrimination.  Only 16 states and D.C. ban “conversion therapy,” a harmful and destructive practice targeting LGBTQ young people.

Take Action: Learn more about the hate crimes and anti-discrimination laws in your state and ask your Members to provide federal comprehensive non-discrimination protections for LGBTQ people by supporting the Equality Act.

Worldwide, a trans person is murdered every three days. In 2018, twenty-eight transgender people were murdered in the United States, targeted because of who they are. In too many places, there are discriminatory laws and policies targeting the trans community. In some places, including some school districts, transgender people cannot use the restroom or other facilities that match their gender.  In 2017, President Trump introduced a discriminatory ban on transgender individuals serving in the military.

Take Action: Learn about transgender and gender-nonconforming identities and issues and, if you have a connection with your local school—as a student, a parent, a teacher or a community member—share the guide with the school.

Anti-immigrant rhetoric that was once confined to extreme fringes has now become common-place, even in the highest government offices. FBI data show an escalation in hate crimes, including a 24% increase in attacks against the Latinx community, the target of most anti-immigrant bigotry. Policies once championed only by the anti-immigrant movement are now becoming law, including the Muslim travel ban, limits on welcoming refugees, the policy of separating children from their families at the border, and crafting a proposed rule which would make it harder for immigrants who receive or have ever received federal public benefits to pursue U.S. citizenship. After immigration raids at courthouses, hospitals, schools and other sensitive areas, immigrants are afraid to turn to police for protection, doctors for medical care, and others for basic human services.

Take Action: Tell your members of Congress to support “The Keep families Together Act” and prevent families from being separated at the border. Work in your communities to be more welcoming to immigrants.  Urge your leaders to denounce anti-immigrant bigotry, racism and xenophobia..

In 2018, on average women take home 80 cents for every dollar that a man receives in a comparable job. The numbers are worse for women of color: African-American women earn 61 cents and Latina women earn 53 cents. In the last few years, legislators have passed countless measures to regulate women’s bodies, often with no women in the debate. Studies have shown that nearly one in three women has been sexually harassed at work, and many more have experienced sexual harassment while walking down the street.  The #MeToo movement has raised awareness of women and men’s experiences with sexual harassment and sexual assault.

Take Action: Pay attention to sexism at your workplace, in your school and in your community. If you feel comfortable, start talking to your employer about equal pay, or talk to co-workers about addressing the issue together. If you are a man, take the pledge to never speak on an all-male panel.

Take Action: With a child or teen in your life, read a book that features people with disabilities and portrays them in a complex and non-stereotypical way.  Use our online bibliography, Books Matter, to find these and other books.

Bigotry Against any Group or Individual

Bias and discrimination exist throughout our society and our lives—whether conscious or unconscious. People are targeted because of their race, religion, ethnicity, national origin, sex, sexual orientation, gender identity, ability, age, appearance and many other factors. Whether in the form of hate crimes, hate incidents, bullying, systemic discrimination or unconscious bias, each can have a lasting impact.

Take Action: ADL partnered with MTV’s Look Different Campaign to combat bigotry and bias. Learn about your own biases and steps you can take to challenge them.

Silence: The Failure to Challenge Bigotry
When we fail to challenge bias and bigotry, it can become acceptable or “normal.” Each time a stereotype goes unchallenged or non-inclusive language becomes part of the conversation without comment, it builds on itself. Bias unchecked can lead to individual acts of prejudice, which in turn can set the stage for discrimination. When discrimination becomes acceptable, bias-motivated violence can follow.

Take Action: Learn about the Pyramid of Hate and commit to the people at your Seder table that you will work to challenge bigotry and bias when you hear it, see it or know it is happening.