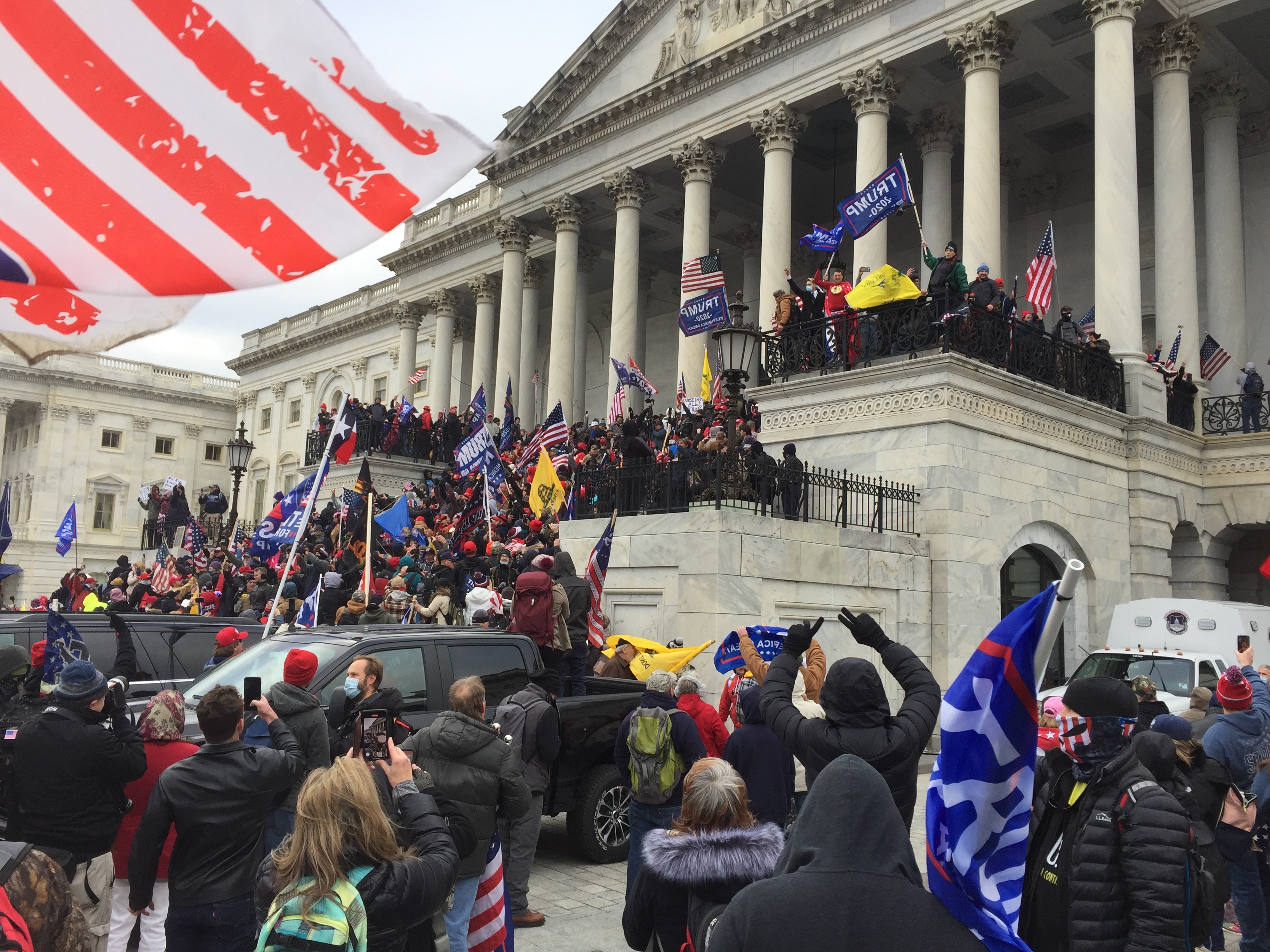 Washington, DC, April 1, 2022 ... Today, ADL (the Anti-Defamation League) joined D.C. Attorney General Karl Racine, the States United Democracy Center, Paul, Weiss, Rifkind, Wharton & Garrison LLP and Dechert LLP in announcing the addition of more defendants, including Oath Keepers leader Stewart Rhodes, to a federal lawsuit filed by the Office of the Attorney General (OAG) seeking to hold two violent groups and certain of their leaders and members accountable for harming the District, our democracy, and particularly the law enforcement officers who risked their lives during the deadly January 6, 2021 attack on the U.S. Capitol.

The amended legal complaint, filed earlier today, lays out new factual information that has emerged through criminal cases related to the January 6th attack on the U.S. Capitol and other newly released public information.

“We filed this lawsuit to hold groups and individuals that conspired to attack the Capitol, assault our law enforcement officers, and terrorize our community accountable for their brutal and dangerous actions on January 6,” said Attorney General Racine. “We said that we would consider adding more defendants as we uncovered additional evidence. Today, we’re doing exactly that. Over the last few months, we have learned more about the horrors of January 6—including more about how the leaders of the two groups behind the attack urged members to use violence to overturn the outcome of a lawful presidential election. We are seeking justice for the District, our democracy, and the brave law enforcement officers who risked their lives that day. We are focused on using the law to the maximum extent possible to impose financial liability on those who planned and participated in the assault, and believe doing so will deter future illegal attacks.”

“This amended complaint sends a clear message there will be serious consequences for those who helped to fuel the January 6th insurrection,” said Jonathan A. Greenblatt, ADL CEO. “As more evidence has come to light, we are delivering on our promise to name names and hold accountable those responsible for conspiring to commit acts of violence and attack the United States Capitol that day. And we will continue to use the courts to demand justice for the District and those harmed by these coordinated acts of domestic terrorism.”

AG Racine’s civil lawsuit, filed in December 2021, was the first brought by a government entity against the January 6th insurrectionists. It seeks to hold the Proud Boys, Oath Keepers, and certain of their leaders and members accountable for planning and carrying out the January 6, 2021 attack and violating federal and District laws. It specifically claims that these groups and individuals caused extensive damage to the District of Columbia and to law enforcement officers who risked their lives to defend the Capitol, those in it, the District, and our democracy.

In today’s amended complaint, Attorney General Racine added as defendants in the lawsuit the following insurrectionists: Stewart Rhodes, founder and longstanding leader of the Oath Keepers; other members of the Oath Keepers including Edward Vallejo, Joseph Hackett, David Moerschel, and Brian Ulrich; and Matthew Greene, who is the first member of the Proud Boys to plead guilty to charges related to the conspiracy.

“The lies and conspiracy theories about our elections that fueled the January 6 attack continue to this day. If we want to prevent future assaults on our democracy, we need accountability for the District and its law enforcement officers,” said Joanna Lydgate, CEO of the States United Democracy Center and former Chief Deputy Attorney General of Massachusetts. “Thanks to the leadership of Attorney General Racine and his team, this case sends the message loud and clear: We will not tolerate violence, or any effort to overturn the will of American voters.”

Filed in the U.S. District Court for the District of Columbia, the lawsuit alleges that the Proud Boys, Oath Keepers, and more than three dozen of their members and affiliates participated in a coordinated violent attack intended to interfere with the functioning of government and overturn a lawful election. In the complaint, OAG details how the groups planned, recruited, publicized, funded, and then carried out the attack – breaking through police barricades, forcing their way into the Capitol building, terrorizing members of Congress and their staffs, and brutally assaulting those who tried to stop them, including officers of the District’s MPD.

OAG filed the suit under federal and local laws, including the Ku Klux Klan Act of 1871, a Reconstruction-era federal law designed to provide a remedy against violent conspiracies that target our democracy like the attack that unfolded on January 6th. OAG’s lawsuit alleges that:

With the lawsuit, OAG is seeking to hold these groups and individuals accountable for their violent and unlawful acts, deter them and others from ever taking such action again, and recover damages for the costs the District incurred as a result of the attack. The damages include the millions of dollars spent to deploy an unprecedented number of police officers to the Capitol, emergency medical care, and ongoing medical and mental health care for the numerous officers who were injured in the attack and continue to face trauma.

A summary of OAG’s lawsuit is available here.