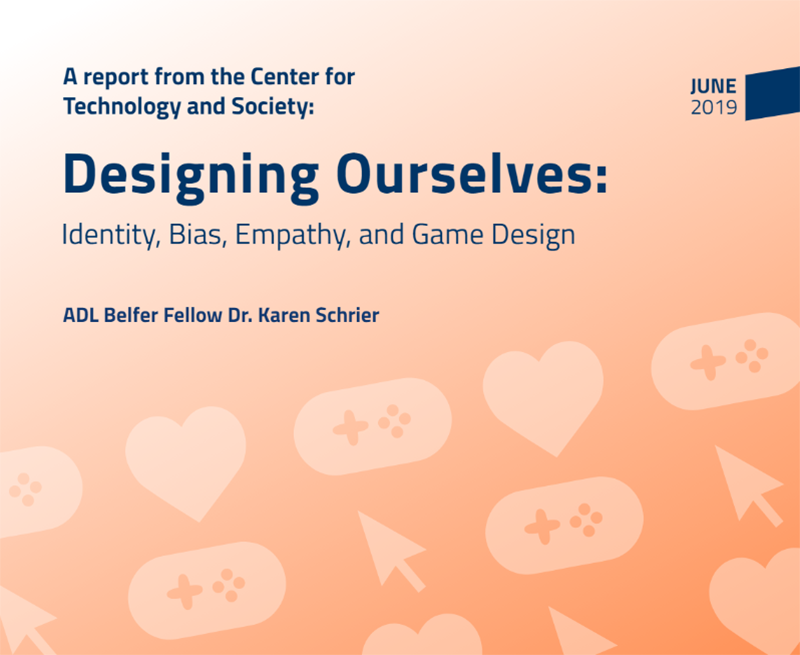 Can we use games to help people better connect with themselves and with others? Can we use game design to support perspective-taking, compassion, and care?

It may be surprising to hear that games—of all things—can help support connection and compassion.

Particularly when we often hear quite the opposite. Games have become well-known as communities where toxic behavior, such as bullying, harassment and hate occur. Just like other online social platforms, such as Twitter or Facebook, online environments such as Twitch (an online platform where players livestream games), and Fortnite, Overwatch, Apex Legends, and other competitive games have been sites of bullying, harassment, racism, and antisemitism. The ADL found that 47% of daily Twitch users have experienced harassment, as well as 36% of frequent Discord users (an online communication platform frequently used by game players). This compares with 37% of daily users of Facebook.

Moreover, as in the case of all media, whether books, film, or television, the content of games may also be problematic—such as having racist, sexist, and prejudiced representations of characters and storylines. And, sometimes how a game is used is problematic. Recent games have stirred controversy, such as the Rape Day game, which involves players raping virtual women during a zombie apocalypse (and ended up not being released on Steam after an extended controversy).ii Likewise, players of Rockstar’s Red Dead Redemption II shared videos of themselves killing of virtual characters supporting women’s right to vote in the game. Many game-related communities have been rife with harassment, and even violence, such as the GamerGate community, as well as communities within games, such as in some social virtual reality (VR) environments.

On the other hand, games and gaming have also been seen as aspirational and innovative. Recent reports lauded game players as “more likely to get a job” and have marketable skills. v Top trends such as gamification (applying game-like features to non-game contexts) speak to a desire for even nongame designers to draw on the benefits of games and incorporate them in healthcare, education, and corporate environments (with varying levels of success). Games are also increasingly being used in the classroom and for learning purposes, with 74% of K-8 teachers using games and 55% of teachers using them at least once per week.vi And, games are extremely popular and a $135 billion industry.

However, games and game communities are not all bad or all good—they are much more nuanced than that. Just like all communities, they can support cruelty and toxicity, as well as compassion and care. We have found that some games, under certain conditions, can provide insight into humanity, including different identities, perspectives, emotions, and ways of solving problems. They can enable players to experiment with their own or other’s identities, they can enable empathetic interactions with other players, and they can immerse players in new worlds, systems, and mindsets. Games can serve as a way of opening conversations with young people about what matters to them and why.

For instance, some games express personal narratives or let you play as the role of another and perform their story. That Dragon Cancer gives you a glimpse of what it is like experiencing a family’s grief over their young son’s cancer. A mobile game, Liyla and the Shadows of War, shows what it is like for a family living in the Gaza strip and dealing with war and violence. The analog roleplaying game, Rosenstrasse, lets players make ethical decisions and relive a moment in history (which involved non-Jewish women protesting the imprisonment of their Jewish partners in Berlin under the Reich). When Rivers Were Trails explores the impact of U.S. policies on indigenous communities, while also sharing stories of the Anishinaabe people.

Perhaps better questions, then, are not whether games are universally bad or good, but under what types of conditions, and with what types of designs, can we use games (or the process of creating a game) to encourage perspective-taking, support prosocial behaviors, and even reduce hate and bias? This type of research is new, innovative, and only just beginning to emerge. In this paper, we begin to grapple with these questions, and we encourage even more research to be conducted in this exciting field.

In this report, we will review:

Game Jams
A brief overview of our game jam events. We tested the guide at a series of game jam events around the United States in fall 2018. Our theme for these events was identity. All games can be found on the 2018 ADL game jam’s Game Jolt page.