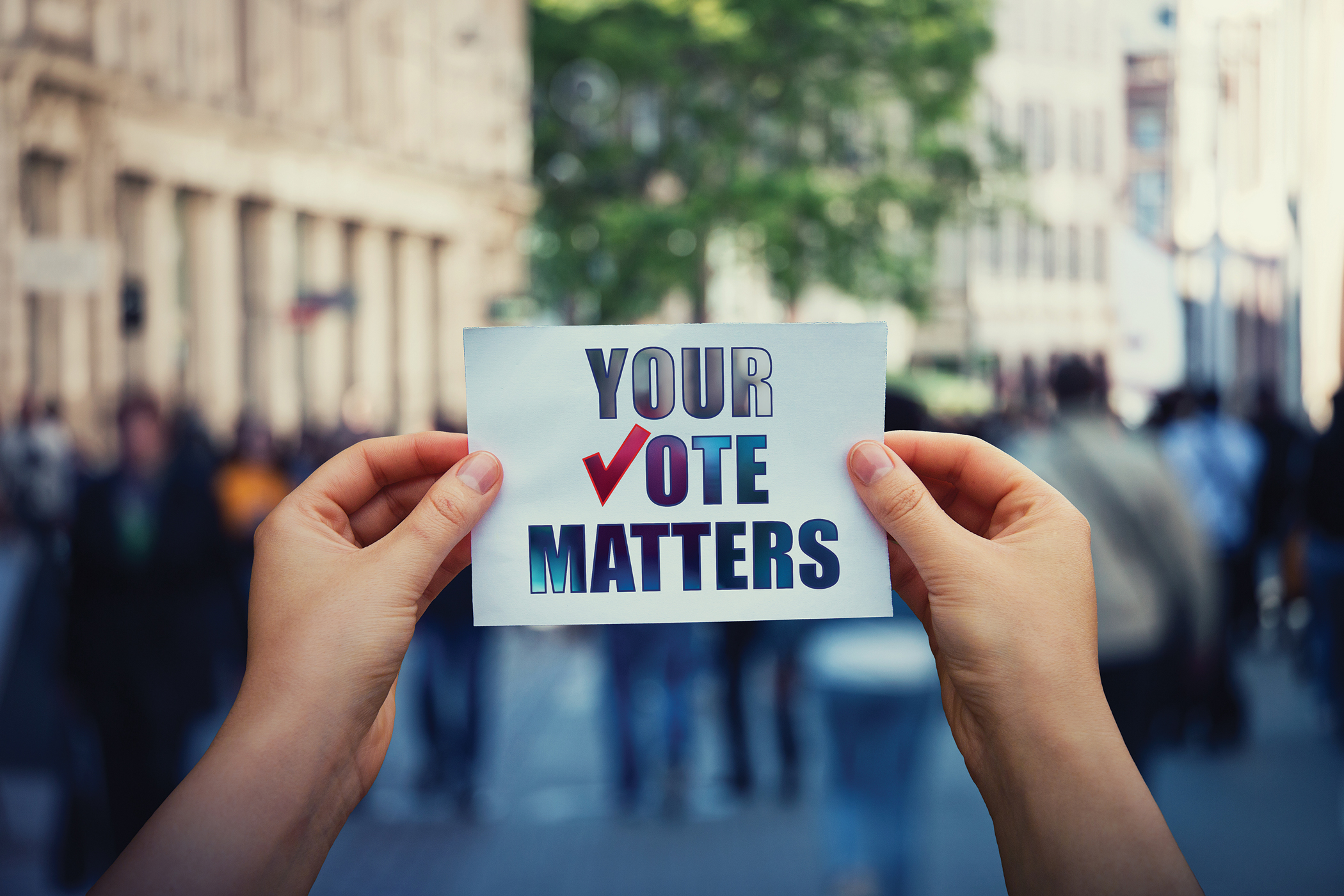 For Educators | For Parents, Families, and Caregivers | 10 and up

In its simplest terms, voting is an act of expressing your opinion. Whether you participate in a poll, take an online survey or vote in the Presidential election, you are expressing an opinion or point of view with your vote. Merriam Webster defines voting as “to express one's views in response to a poll” or “to express an opinion.”

You must be 18 years old to vote and register in advance.  Every state has individual guidelines about registration deadlines, mail-in voting and whether election-day registration is permitted. As of August 2020, 40 states and Washington, D.C. allow early voting. Another five states use all-mail voting systems, which eliminates the need for early voting. Learn more about voting rights here.

Elections are not finalized, and winners are not declared, until all the votes are counted.  Vote processing and counting can take days, weeks or even longer, especially with close races. Because voters cast their votes in different ways (e.g., mail-in and absentee ballots, early voting and in-person voting)  and because states have different rules and procedures for when votes can be received and counted, this can add to delays in finalizing the results.

Voting is a fundamental way that we let government know what we need, what issues are important to us, how we feel about those issues and what we want government to do. When people don’t vote, or when the majority of people do not vote, the will of the people is not expressed and therefore cannot be implemented. In a 2020 primary election for a Congressional seat in Missouri, Cori Bush, a progressive candidate and a Black Lives Matter activist, defeated a ten-term incumbent Congress person. This is an example of the voters telling their government what they think is important by electing a candidate who shares their perspective on key issues.

In a democracy, many believe it is our civic responsibility to vote. Voting gives people a sense of ownership and investment in the country and confirmation that their voice and perspective should be included in its priorities and how the country is run. Ideally, voting also motivates people to become more knowledgeable about the issues that affect their lives since it is essential to be informed when you vote.

Sometimes people feel that their vote doesn’t matter, and that one vote will not make a difference. However, there have been a variety of close elections at the local, state and national levels that remind us that individual votes do matter. For example, in 2016 in a state House election in New Mexico, the outcome was decided by two votes out of about 14,000 cast.  A single vote can make a significant difference.

The U.S. Constitution did not specify who could or could not vote. Our country has a long history of excluding certain people from voting, granting the right to some but not all. At various times in history, different groups of marginalized people were prevented from voting. Over the years, several constitutional amendments attempted to correct these inequities:

Despite this progress, barriers to voting persist. Current disparities between the right to vote and the ability to vote result in many people who have the constitutional right to vote still facing major obstacles to voting. Various voter suppression tactics have prevented people from voting. Voter suppression refers to state laws that have been enacted that restrict voting and highlight discriminatory practices against marginalized people.

These strategies include: (1) voter ID laws that require voter ID, proof of citizenship and/or photo ID to vote, (2) voter registration restrictions which makes voter registration more difficult including limiting the time span in which you can register to vote and restricting early in-person voting, (3) voter purging which involves election officials removing voters’ registrations for a variety of reasons and not informing those voters, (4) felony disenfranchisement whereby many people who have been convicted of felonies lose their right to vote permanently; these laws differ from state to state. All of these laws disenfranchise (i.e., deprive people of their right to vote) eligible voters and disproportionately affect people of color, elderly people, young voters and those who live in poverty.

Generation Z or “Gen Z” (those born between born 1997-2012) is already the most racially and ethnically diverse generation. As the diversity of our nation expands, it is important that those who represent constituents, our elected officials and those running for office, reflect that diversity.

The 2018 midterm elections broke records and barriers in terms of race, religion, gender, ethnicity, sexual orientation and other aspects of identity. The House of Representatives (116th Congress) was the most diverse class in history. A few examples include: (1) for the first time, two Native American women were elected to Congress, (2) several states have their first women Senators and Black female members of Congress, (3) for the first time, two Muslim women were elected to Congress, (4) the first bisexual woman was elected Senator, (5) overall, the percentage of women in Congress is the highest in U.S. history, and (6) in the current Congress, at least 13% of lawmakers are immigrants or children of immigrants.

As of April 2019, in the nation’s 100 largest cities, ten women of color currently serve as Mayors. Seven are Black, two are Asian Pacific Islander and one is Latinx. In the 2020 Presidential election, six women ran in the Democratic primary; two of them are women of color. And Kamala Harris, a Black and South Asian woman, is the Vice-Presidential candidate on the 2020 Democratic ticket. Pete Buttigieg, the first openly gay Presidential candidate, also ran in the Democratic primary in 2020. In the 2016 Republican Presidential primary, there were three candidates of color, the most diverse field ever for Republican candidates. The increased diversity among candidates does not necessarily prevent incidents of sexism, racism and heterosexism directed at those candidates.

While important progress has been made, we should continue to challenge bias that creates obstacles to voting and representatives who stand for the direction we want our country to go in.