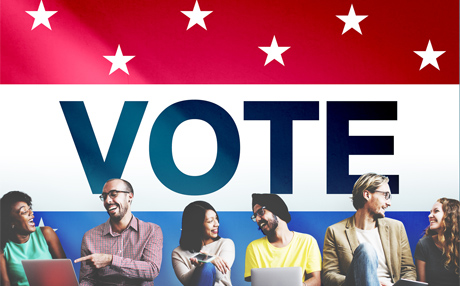 Teachers may want to engage young people in conversations about the presidential campaign and election and provide opportunities for students to learn more, ask questions and understand what they see and hear. Below are tips and strategies for engaging in these potentially contentious conversations in the classroom and doing so with a critical thinking and anti-bias lens. These strategies can also be used with other controversial issues that arise in your classroom.

Disagree without being disagreeable

It is critical that students understand that they may not agree with each other on some or many issues. In fact, students may disagree with family members or good friends and actually agree with others with whom they don’t have a lot in common. Learning how to respectfully disagree is a skill that is helpful to learn not only around politics but other controversial topics.

Students can develop skills in determining the accuracy of what they are learning about the election. Through their social media feeds, overheard conversations and news commentary, young people are exposed to a lot of information about the election but are not necessarily making sense of what they are hearing. In any campaign, there is a great deal of information put out there—some true, some not true and everything else along that continuum.

The election provides an opportunity for students to learn, use and/or deepen their critical thinking skills. Critical thinking includes asking inquisitive questions, pointing out lack of or faulty evidence, providing missing data or perspective, questioning sources of information, or shedding light on bias in an argument.

Many people have agreed that there has been too much name-calling on the campaign trail this presidential election season. In addition to analyzing bias, stereotyping and name-calling by the candidates and their surrogates, as students discuss the election they should also be mindful that they don’t use some of this biased language themselves.

In addition to issues gleaned from debates, ads, speeches, writing and policy positions, there is an emotional component to any presidential race that is difficult to quantify. It is, however, an important factor in influencing voters. It is useful for students to understand the difference between these emotional connections and sound reasoning that informs their and others’ decisions.